Today, Harmonix announced that its newest rhythm game AUDICA is available today on PlayStation VR, Oculus Rift and Vive headsets via Steam and VIVEPORT. The game will come with 33 songs as well as upcoming DLC available for purchase, all while you grab two VR guns and shoot away to the beat.

AUDICA™, the popular VR “rhythm shooter” from Harmonix, has exited Early Access and is available now for PlayStation®VR, Oculus Rift Platform, Steam and VIVEPORT for $29.99. AUDICA combines Harmonix’s award-winning music gameplay with precision shooting mechanics and a 33-song soundtrack featuring music from some of the world’s most popular artists. 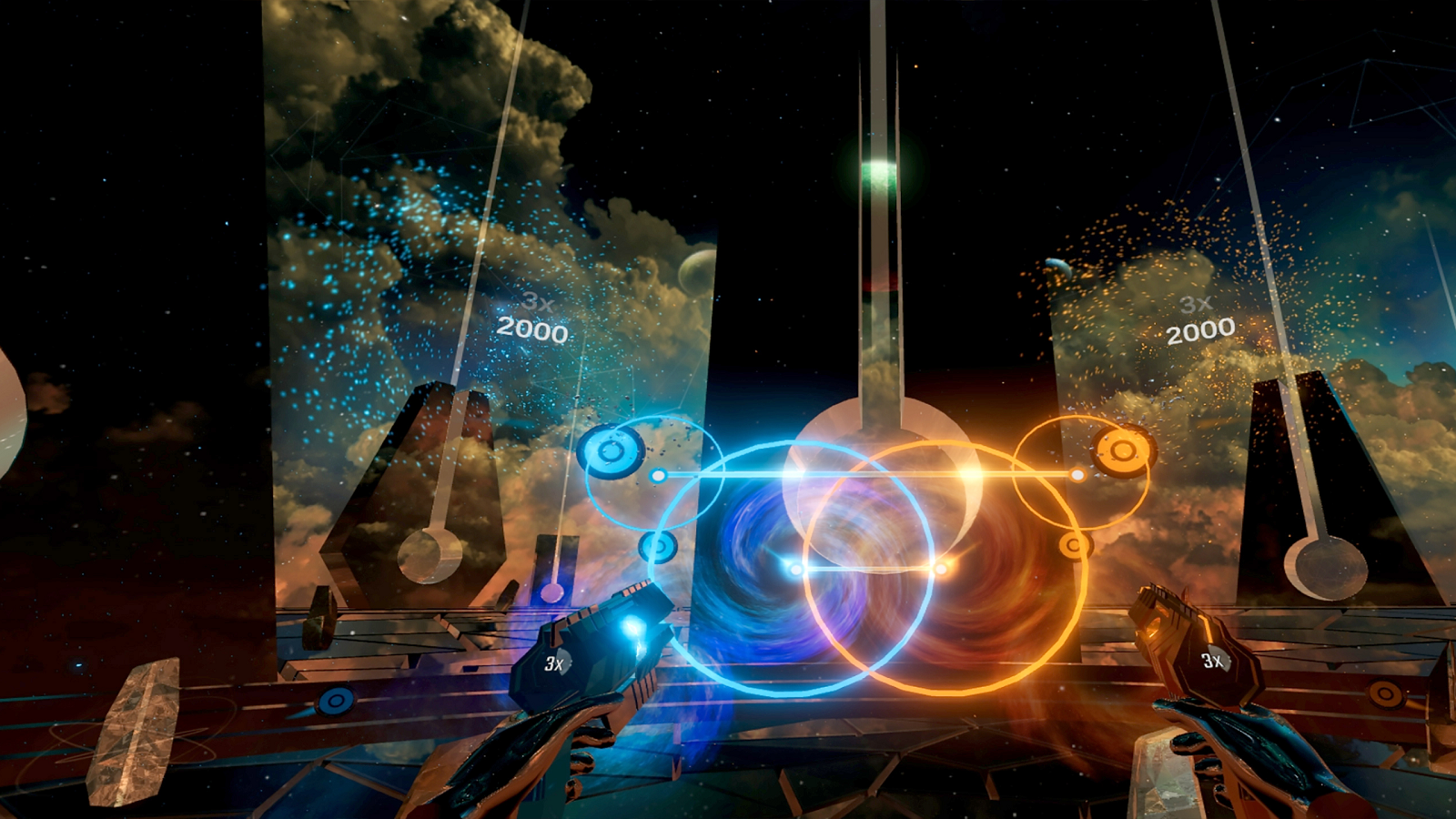 Armed with a pair of rhythm blasters, players step into one of AUDICA’s mesmerizing cosmic arenas and shoot and smash targets to the beat of a hand-authored song. A flawless run with precise timing and accuracy will earn players one of the coveted spots on AUDICA’s global leaderboards. 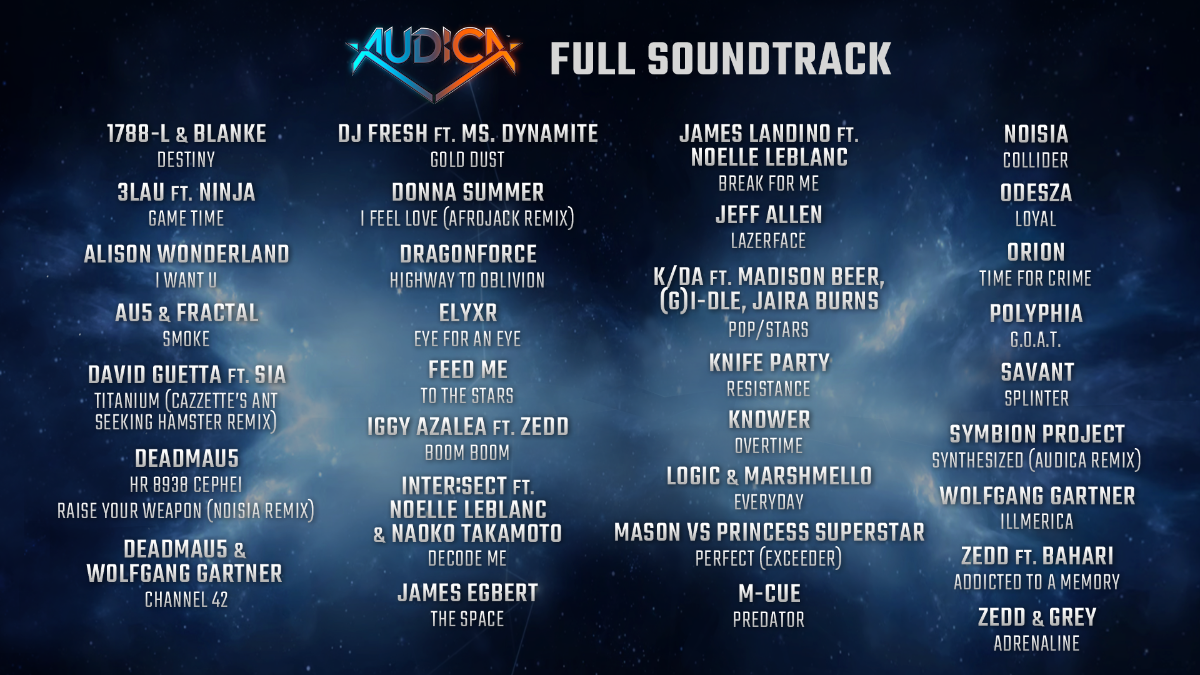 In addition to the soundtrack, five additional playable songs will be available for purchase as day one DLC:

Each track will be available for purchase as a single, in a bundle, or as part of AUDICA’s 15-song 2019 Season Pass. Pricing for DLC is as follows: