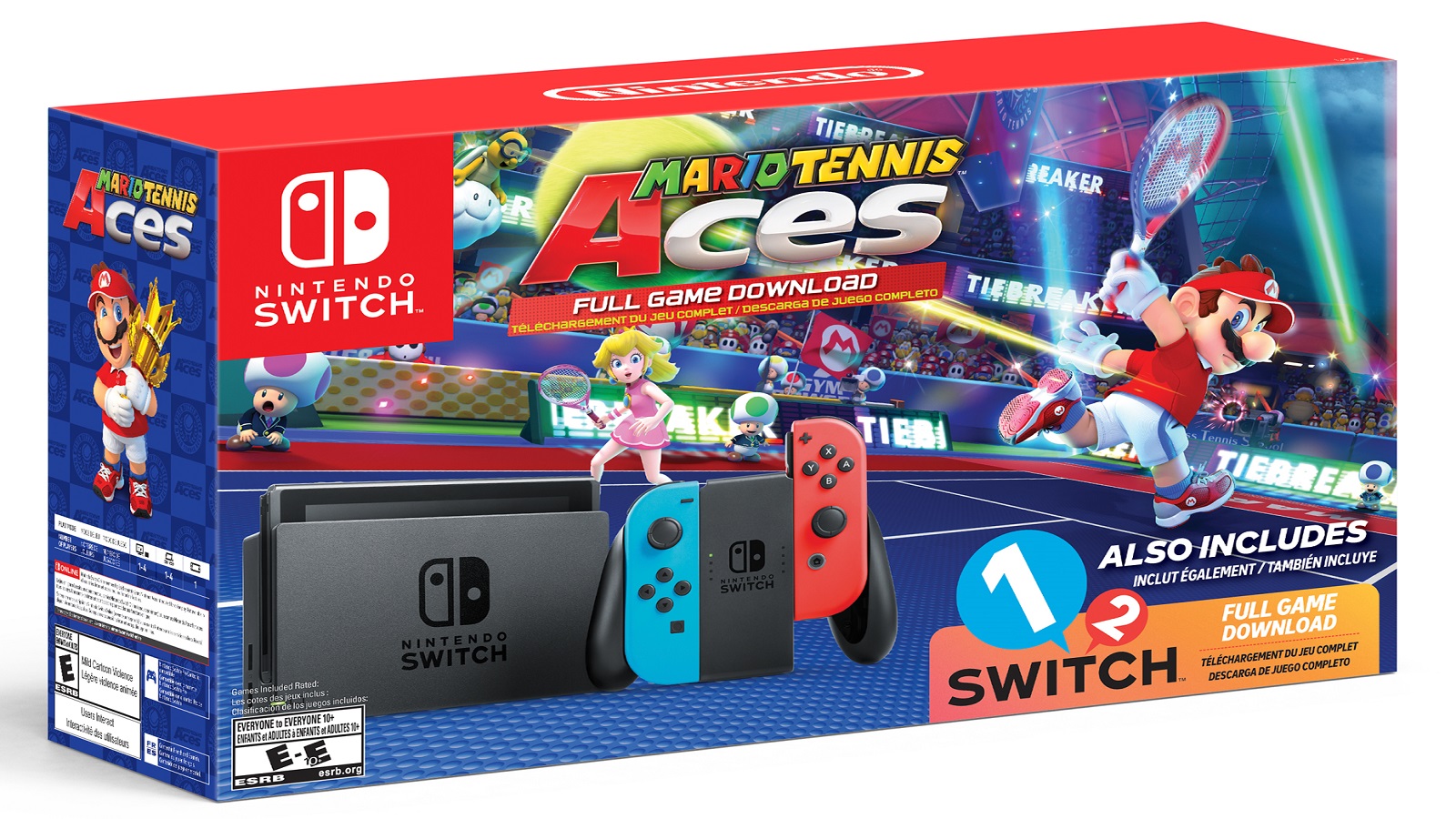 Today, Nintendo announced that it will release a new Nintendo Switch bundle on September 5 which will be exclusive to Walmart stores. The bundle retails at $359.99 and will include full game downloads of both Mario Tennis Aces and 1-2 Switch.

If you haven’t yet picked up a Nintendo Switch system or are looking to jump start your holiday shopping, Walmart has a great exclusive deal starting on Sept. 5. For a suggested retail price of only $359.99, you get the Nintendo Switch system and digital download codes for two great multiplayer games – Mario Tennis Aces and 1-2-Switch – providing hours of family-friendly fun.

With Nintendo Switch, you can play games anytime, anywhere. In addition to Mario Tennis Aces and 1-2-Switch, the system is the home to critically acclaimed games like The Legend of Zelda: Breath of the Wild, Super Mario Odyssey and Splatoon 2, as well as popular franchises like Fortnite from Epic Games, EA SPORTS FIFA from Electronic Arts Inc. and Minecraft from Mojang AB.

If you haven’t already purchased a Switch, next month would be a perfect time to do so. Check out our reviews of Mario Tennis Aces and 1-2 Switch, and stay tuned for more news here on Gaming Trend.