Today, ININ Games released a new announcement trailer for the North American release of Bubble Bobble 4 Friends, which will be released for the Nintendo Switch on March 31. The game will allow up to four players to play the classic game with even more chaotic gameplay.

Bubble Bobble is still an absolute cult game today and is considered the most popular and innovative platformer of the ’80s. The twins, Bub and Bob, set out to free their friends from the hands of the evil Bonner, who also enchanted them in Bubble Dragons. As such, the brothers hop through the differently arranged platforms of the 100 colourful levels and shoot bubbles at numerous enemies. In the ’80s and ’90s, players bounced through the levels solo or in two-player co-op mode. The success of Bubble Bobble has led to it being ported to more than 20 different platforms over the past decades, including the PlayStation, Sega Mega Drive and NES Classic Mini. 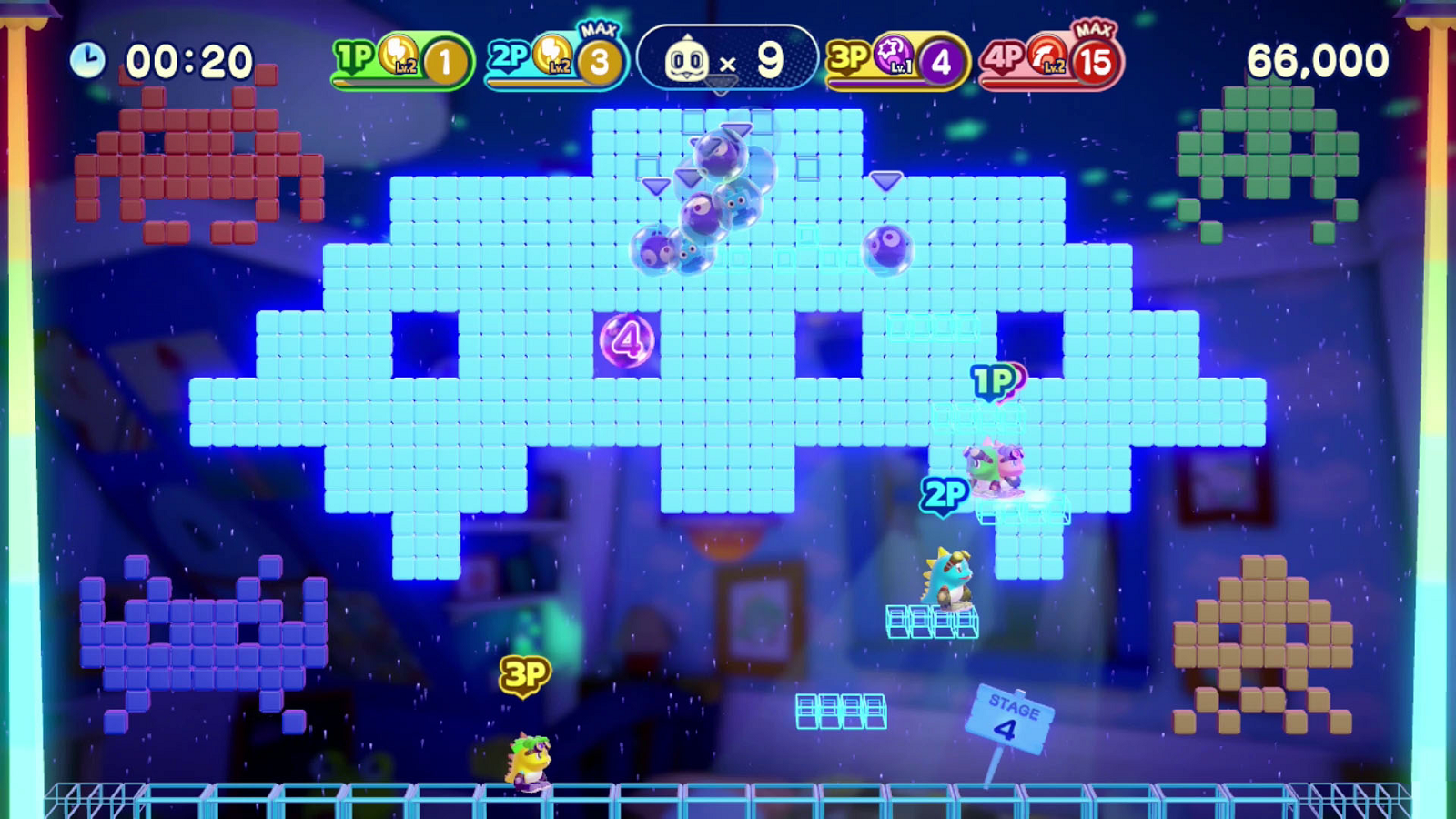 Bubble Bobble 4 Friends, the latest game in the popular Bubble Bobble series, includes a 4-player co-op mode for even more fun with friends. Players can also acquire special skills by collecting letter bubbles that form the word “extend” to add strategic depth and increase replayability. Players will have plenty to discover and craft as they journey through the all-new worlds of Bubble Bobble 4 Friends.