Gameplay has finally been revealed for the highly anticipated follow up to 2018’s critically acclaimed God of War, and well – God of War Ragnarok looks amazing. The story seems to center around Kratos and Loki’s growing disconnect as Loki wants answers and Kratos wants to keep him safe, but the inevitability of Ragnarok seems to be drawing both toward war.  Check out the action packed trailer above and some details from the development team below: 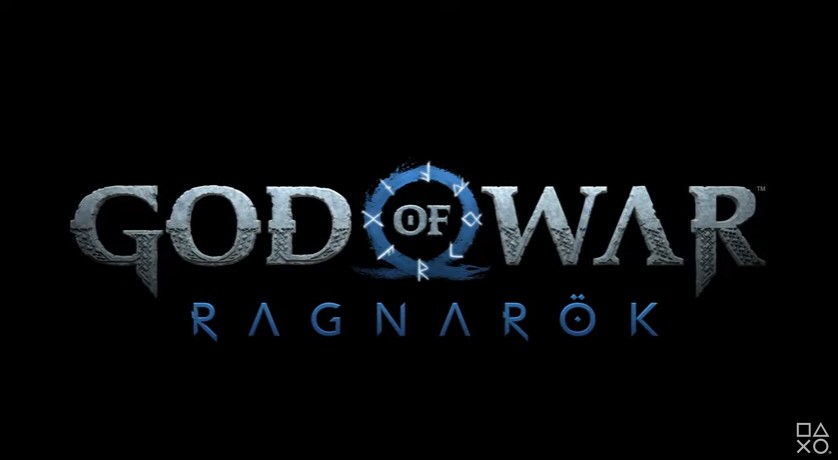 We couldn’t be more excited here at Santa Monica Studio to finally share our first real look at God of War: Ragnarök with all the fans who have been very patiently waiting for an update!

As you can see in the trailer, we’re picking up a few years after the events of God of War (2018). The freezing winds of Fimbulwinter have come to Midgard, making survival for Kratos, Atreus, and Mimir in the Norse wilds even more challenging than before.

While the last game built an enormous amount of trust and understanding between father and son, there is still a great deal of complexity in their interactions – especially after the revelation of Atreus’ Giant heritage and the hidden prophecy only Kratos saw.

Kratos, still bearing the knowledge of his past mistakes, wants to spare Atreus the bloody lessons he learned from his conflict with gods. He wants to keep his son safe, above all, and their confrontation with Baldur has vindicated the belief that only tragedy will come from further entanglements with the Aesir.

Together, Kratos and Atreus will have to make a choice about which path they will take. Whatever they choose will define the fate of all those living in the Nine Realms as Ragnarök approaches.

We show a brief look at two of the main antagonists you’ll face in God of War: Ragnarök Freya and Thor.

Because of Kratos’ actions at the end of the previous game, the once-ally-turned-enemy Freya has sworn vengeance for the death of her son, Baldur.

We wanted to remind players that Freya isn’t just a terrifyingly powerful user of Vanir magic, but also that she’s a formidable warrior in her own right. Enraged by Kratos’ evasion of justice by her hand, Freya will turn every weapon at her disposal towards her son’s killer.

Also suffering the loss of his sons and half-brother, Thor’s legendary bloodlust and wrath will be aimed at Kratos and Atreus.

Referred to disparagingly by Mimir as the “Biggest Butchering Bastard in the Nine Realms,” Thor earned his title as one of the most powerful Aesir gods by wiping out nearly all the Giants at Odin’s command.

While we don’t want to give too much away right now, we think even a peek at Mjölnir wreathed in lightning will give you a hint at just how formidable Thor will be as an adversary.

You Have My Axe

It would not be God of War without a healthy serving of visceral and spectacular combat. You’ve been able to see just a hint of new attack abilities, a new Runic Summon for Atreus, and of course, the return of Kratos’ legendary weapons

As a team we’ve worked hard to take our learnings from God of War (2018) and improve upon combat to feel fresh, yet familiar. With God of War Ragnarök, one of our main goals was to push player choice in combat. Whether it’s through hard hitting combos, a mastery of elements, or clever defensive tactics – you will find plenty of opportunity to fight alongside our duo in a way that feels uniquely expressive.

Whatever your choice of combat strategy, the enemies that await in God of War: Ragnarök will be ready. The realms have grown harsher, and a whole host of new creatures from across Norse mythology will test your skills. From the trailer you can see what happens when Kratos finds himself under the hooves of the Stalker or grabbed between the jaws of a Dreki, and that’s just the beginning.

With an expanded cast of adversaries, we aim to keep each combat encounter memorable from the smallest brawls to the big show-stopper bosses! We can’t wait to show you more as we get closer to release.

Fans who played the last game know they were able to visit six of the Nine Realms during their journey. In God of War: Ragnarök, you will be able to visit all nine!

God of War Ragnarök will take you to the previously unreachable Vanaheim, Svartalfheim, and Asgard – as well as to new areas from locations featured in the last game. Exploring the realms will take you everywhere from verdant, otherworldly jungles to intricate subterranean mining networks.

This next installment in the series will bring you a more diverse, beautiful, and mysterious variety of locations than in any other God of War game.

See You Next Year!

We’re so happy to finally be able to share a small taste of what we’ve been working on over at Santa Monica Studio since the release of God of War in 2018.

As always, we’re fans of our fans. We can’t wait to see all the discussion, art, videos, and cosplay that you create. Make sure you tag us on social or use #GodOfWarRagnarok so we can see (and share) your amazing work!

Your support for the series and our studio has been a pillar of strength for us during every moment of development on this title. Thank you to everyone in the God of War community for continuing to believe in this project and our team.

Stay tuned to Gaming Trend for more info on God of War Ragnarok and for all your gaming news!