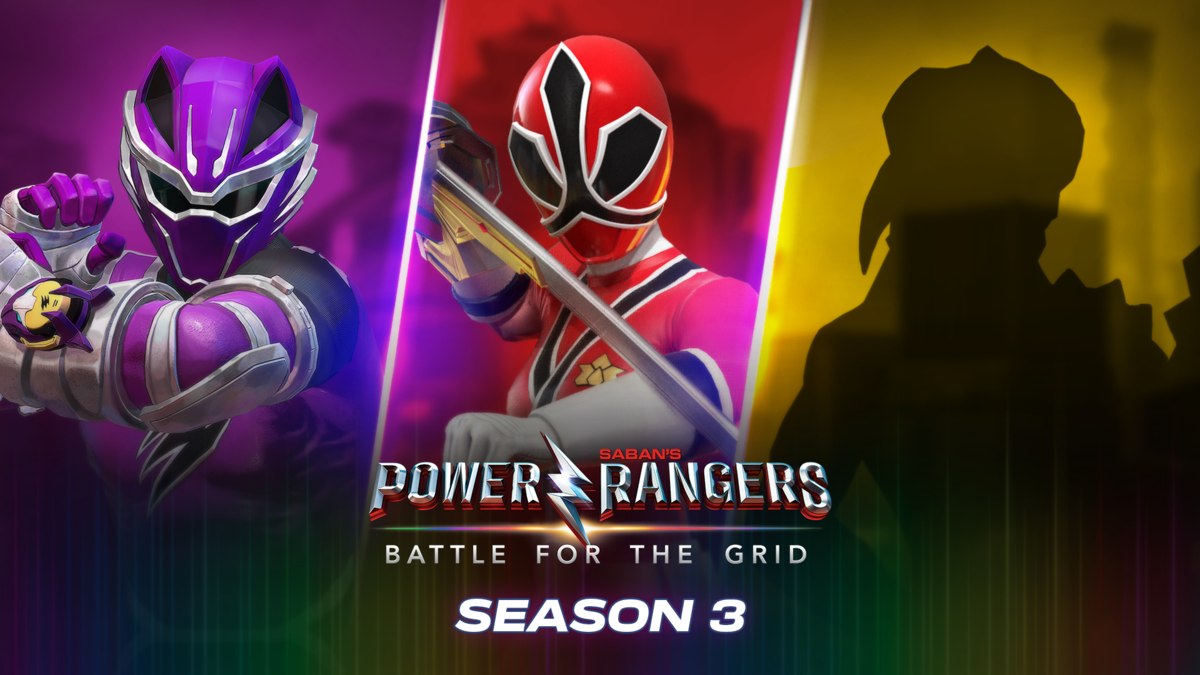 Power Rangers: Battle for the Grid has undergone massive changes since its initial release last year, and nWay has announced that it will release Season 3 DLC for the fighting game soon. A representative from Power Rangers Jungle Fury and Super Samurai will be included, as well as a third fan-favorite character yet to be announced.

Power Rangers: Battle for the Grid, the crossplay fighting game for PlayStation 4, Nintendo Switch, Xbox One, and PC from developer nWay in partnership with Hasbro and Lionsgate, today announced the release of Season 3, providing players with three new fan favorite warriors, including Robert “RJ” James, Lauren Shiba, and a to-be-revealed third character.

Season 3 features a mix of free and paid add-on content:

Originally trained under his father, Master Finn, RJ rejected the Shark Style and adopted the wolf spirit instead.

Spending her life to master the sealing symbol, Lauren’s singular goal was to return and lead the Samurai Rangers.

With his new power and the Phantom Beast Generals, Dai Shi was finally able to defeat the Rangers.

We are united! Call up the power of the Samurai Megazord to assist your team in battle.

Megazord Ultra activation conditions have been revamped. Instead of requiring at least one character to be knocked out, you can now activate your Ultra based on the consumption of the Megazord Revenge Meter.

Players can digitally purchase on PlayStation Store, Nintendo eShop, Microsoft Store, or Steam each individual Season 3 character for $5.99 or the full Season 3 Pass for $14.99, which includes all three characters along with the bonus character skin that is exclusive to the Season Pass. New Season 3 content will be rolled out over several months. The first release, which will be available towards the end of next month, will include RJ, Dai Shi skin, Samurai Megazord, and the Megazord Revamp.