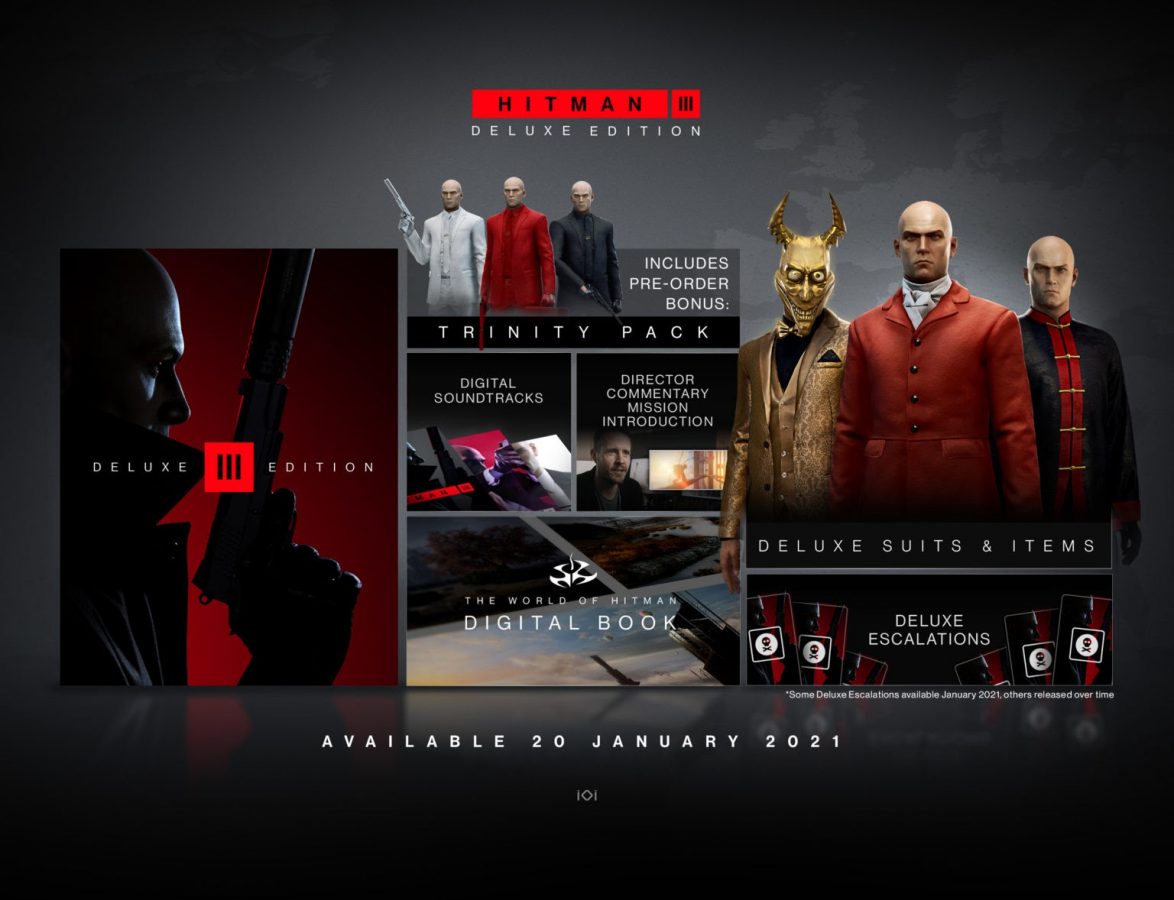 It’s almost time to creep around, put on funky costumes, and assassinate your enemies, but until then IO Interactive is showing us what’s inside the box, literally.

Those who pre-order the game will receive the Trinity Pack, which includes new suits, briefcases, and weapons.

You can watch IOI’s unboxing video for even more details on the pack below.

In case you missed it, you can also watch a behind-the-scenes look at IO’s narrative work on HITMAN 3 which was released yesterday, below.

HITMAN 3 will be available on 20 January 2021 for PlayStation 5, PlayStation 4, Xbox Series X, Xbox One, Google Stadia and PC. HITMAN 3 will also be coming to Nintendo Switch, playable via cloud streaming technology.