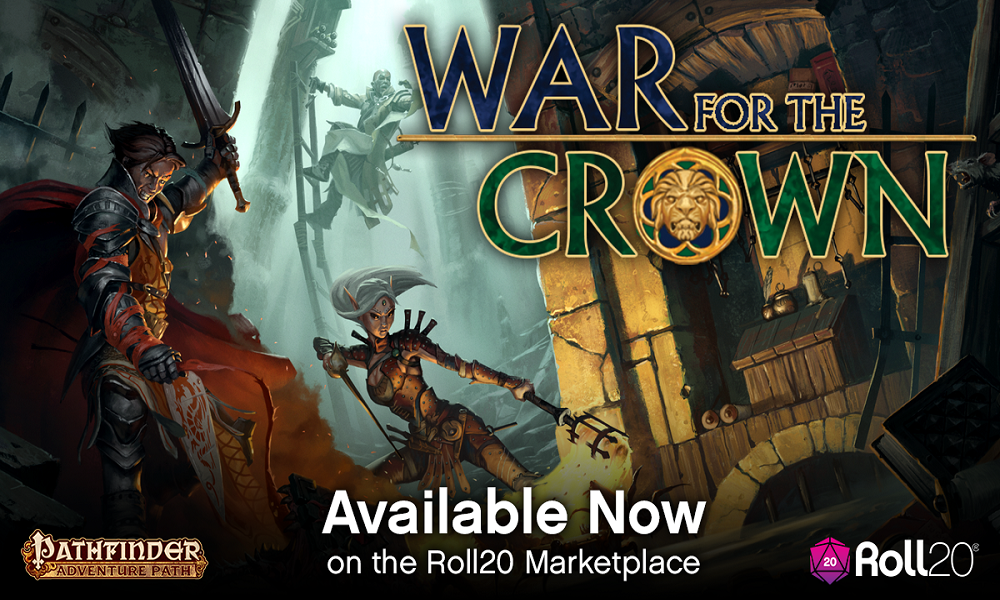 If you’ve been waiting for a Pathfinder adventure on the digital platform Roll20, Paizo has some great news: The company has announced that it has released Pathfinder: War for the Crown today, which will eventually include the War for the Crown Player’s Guide as a future patch.

Tensions rise. An emperor falls. Your party is the only thing standing between the heir to Taldor and an assassin’s blade – and a looming civil war. Unique creatures, political movers-and-shakers, underhanded dealings, and a lush city await!

Paizo Inc. and Roll20® celebrate their new partnership by diving into the Pathfinder ® : War for the Crown adventure path. Each installment is fully converted in-house, making it simple for anyone to run and play with minimal setup. Included in this Roll20 conversion: