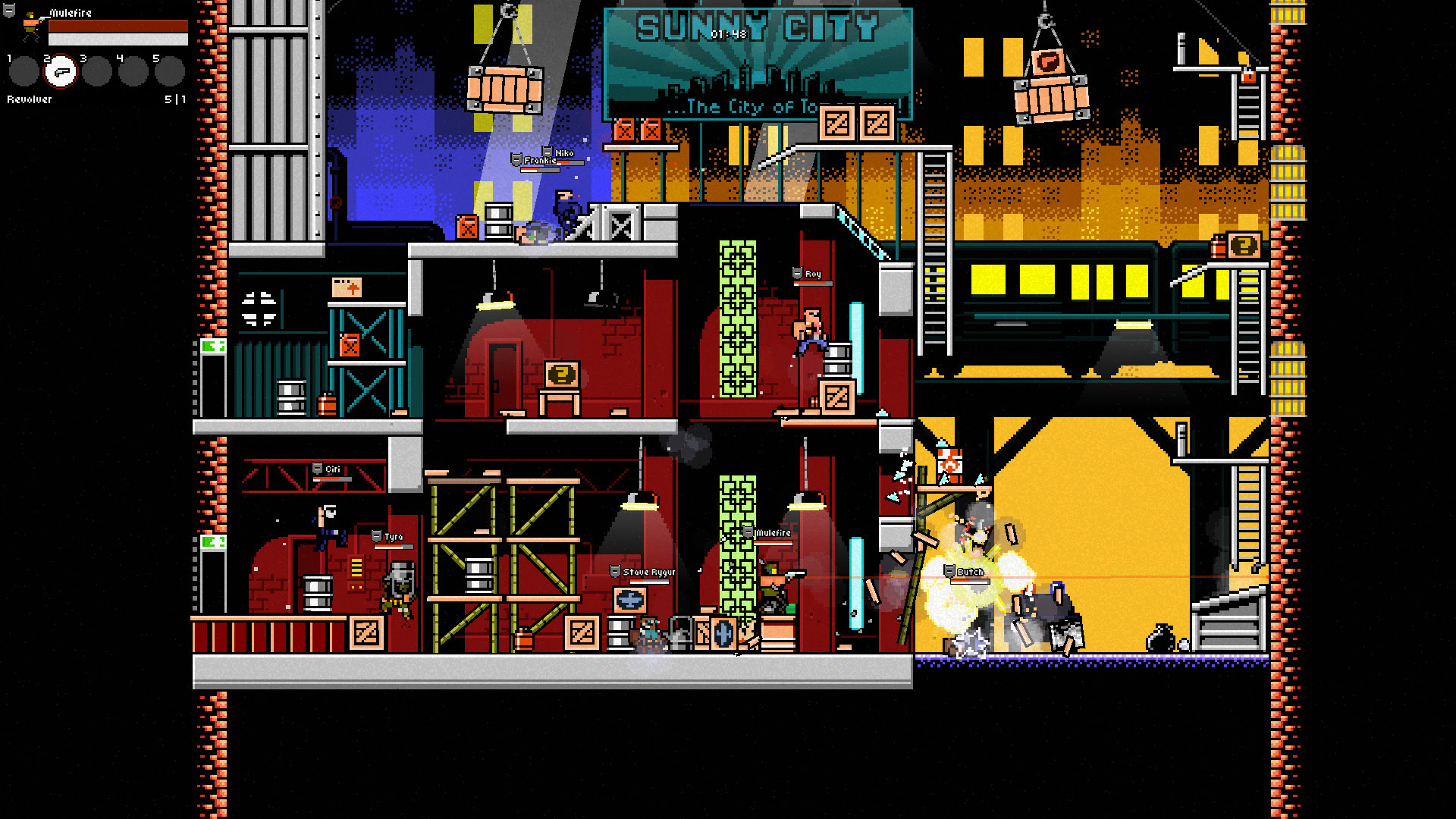 Today, MythoLogic Interactive announced that its new 2D brawler-shooter-platformer Superfighters Deluxe will be released on November 30th. Superfighters Deluxe features a chaotic mix of platforming, shooting, and brawling in dynamic 2D levels. There will be plenty of weapons available in order to keep the action going.

Game modes include Versus (1-8 players, free team setup), Survival (1-4 players against endless waves of enemies) and Campaign (1-4 players move through the game’s story). All game modes can be enjoyed in offline singleplayer, online multiplayer, or shared-screen local multiplayer with up to 4 players. Superfighters Deluxe also packs a powerful Map Editor, fighter customization, and much more!

Superfighters Deluxe will be priced at $12.99 on Steam, with a discount planned for the release week.