RiffTrax: The Game will release on PC and consoles on May 5th, 2022. RiffTrax, created by the team behind Mystery Science Theater 3000, is a show which heckles movies and now thanks to RiffTrax: The Game, players will get to participate as well! You can check out the trailer above and read more below:

LOS ANGELES – March 15, 2022- Developer Wide Right Interactive, creators of the popular party game What the Dub?! and RiffTrax, the critically acclaimed team behind the Emmy nominated and Peabody Award winning Mystery Science Theater 3000, announced today that they have teamed up to create the definitive movie heckling party title, RiffTrax: The Game! With over 250 movies clips, new game modes, Twitch integration, and expanded ways to connect players, fans of witty one-liners and low-budgets movies can look forward riffing off with friends and family when the games releases on multiple platforms including Nintendo Switch, Xbox One, PlayStation 4 (forward compatible with PlayStation 5 and Xbox Series X|S), and Steam (PC/Mac) on May 5th! 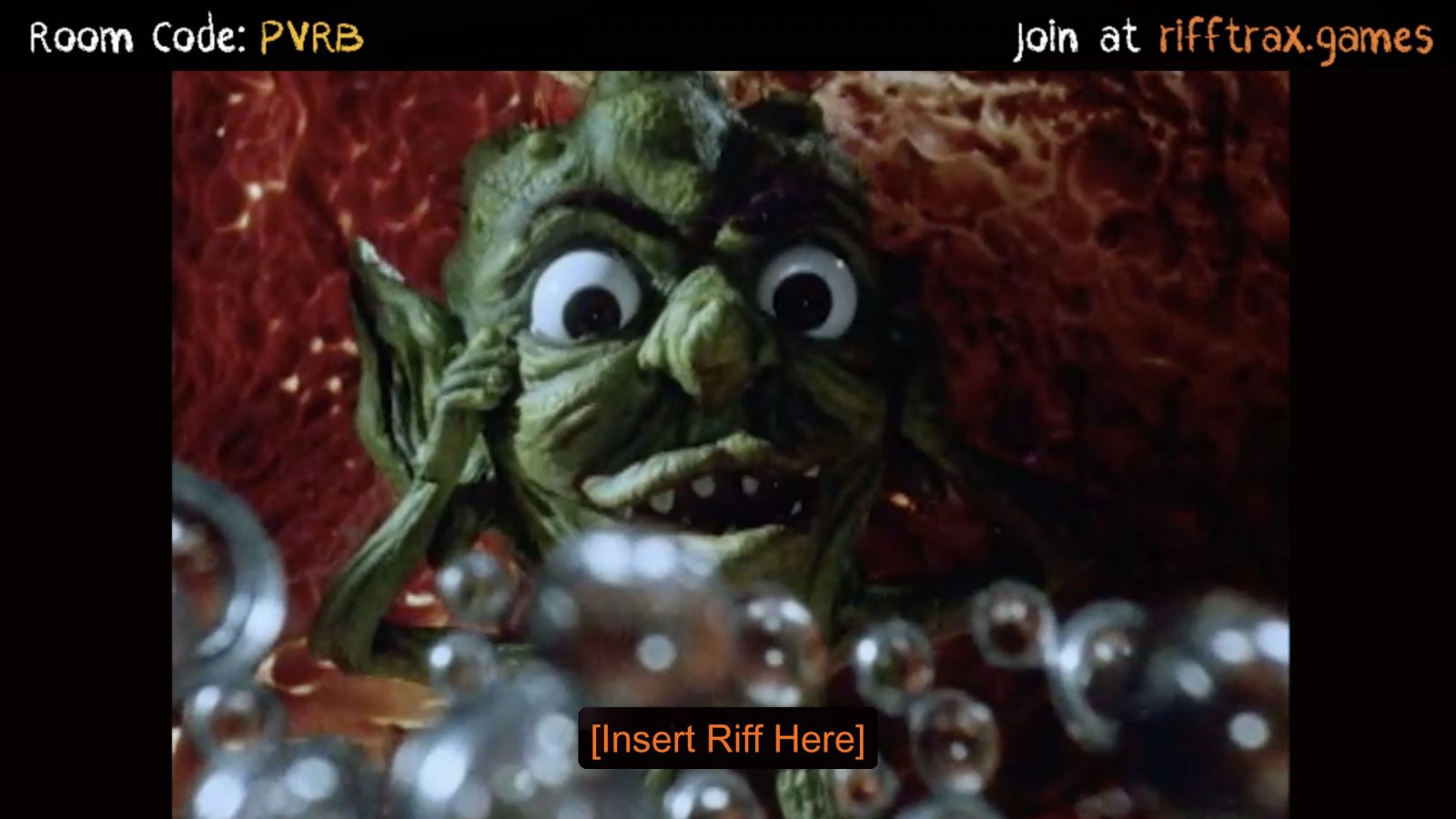 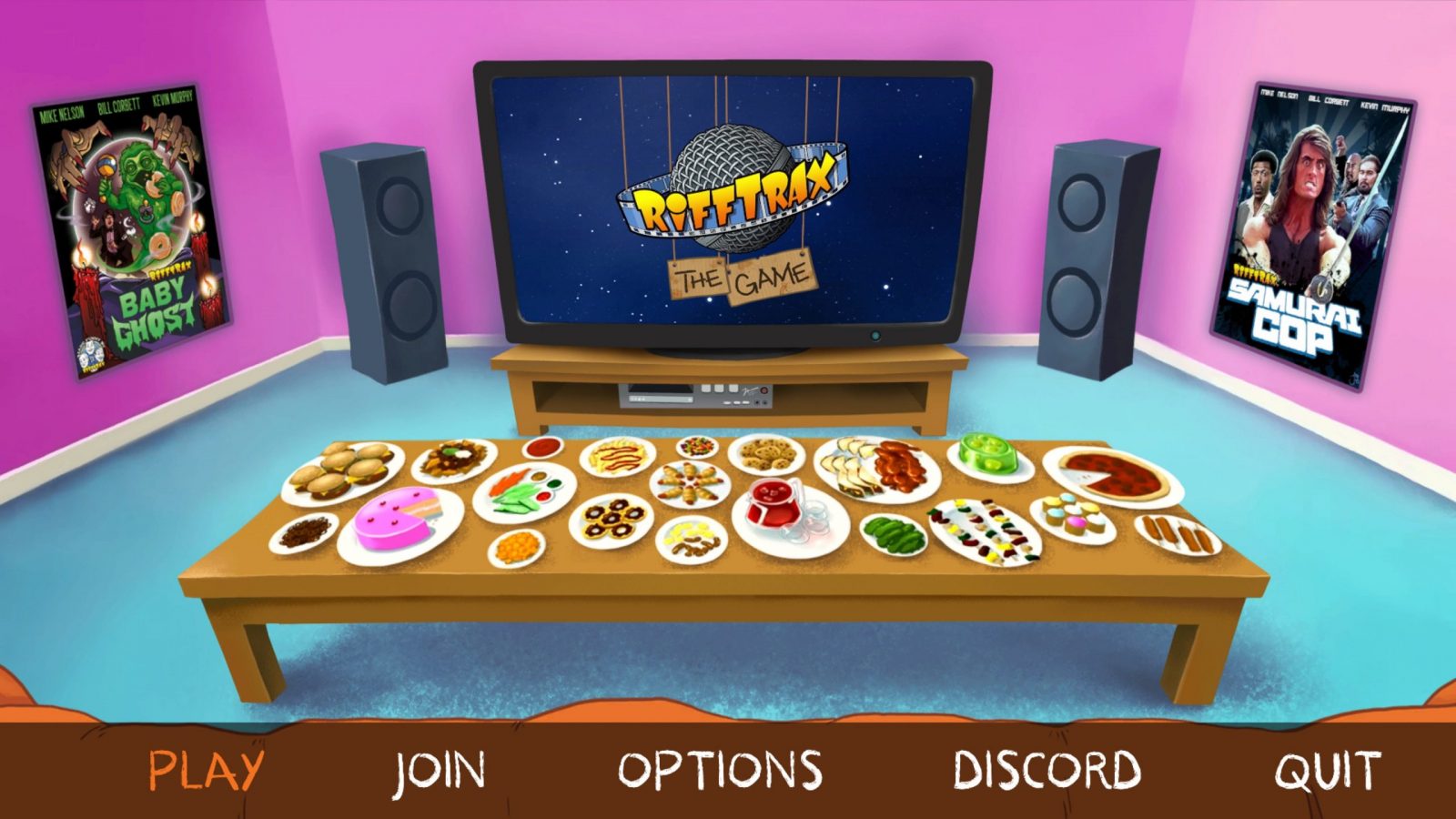 RiffTrax: The Game brings the best of MST3K-style comedy to digital party games. Comedians Michael J. Nelson, Kevin Murphy and Bill Corbett have been bringing their comedic running MST3K-type commentary to movies of all kinds for over 15 years-and now players have the opportunity to riff along with them! Gather with friends and family to see who can write the best jokes over some of the worst bits of what can loosely be called cinema. Players along with audience members will have the chance to vote each round for their favorite zingers and decide who has what it takes to be the next movie riffing genius!

“As someone who frequently comes in last when playing games I’m very excited to be part of actually making a game. Creating this with Wide Right Interactive, I think, energized everyone involved because though it’s obviously very close to what we do, it’s a fresh new way to do it. And I think it’s a way to make a lot of people laugh who maybe wouldn’t have otherwise had a chance to experience RiffTrax.” – Michael J. Nelson, RiffTrax

Over 250 movie clips from RiffTrax classics such as “Rollergator”, “Attack Of The Supermonsters”, and “Plan 9 From Outer Space”!

Featuring two exciting ways to play! Write your own riff and watch your comedy genius come to life via text-to-speech. Or leave it to the pros and choose from over 2,000 expertly crafted riffs from the RiffTrax team.

Play head-to-head with up to 6 players using any internet connected device as controller. An additional 12 audience members can also play along.

Bring the party to your friends with support for remote games, cross play, and voice chat.

Streamers, get your entire chat in on the action with Twitch chat voting. Additional moderation, privacy, and content tools ensure your stream remains problem-free. 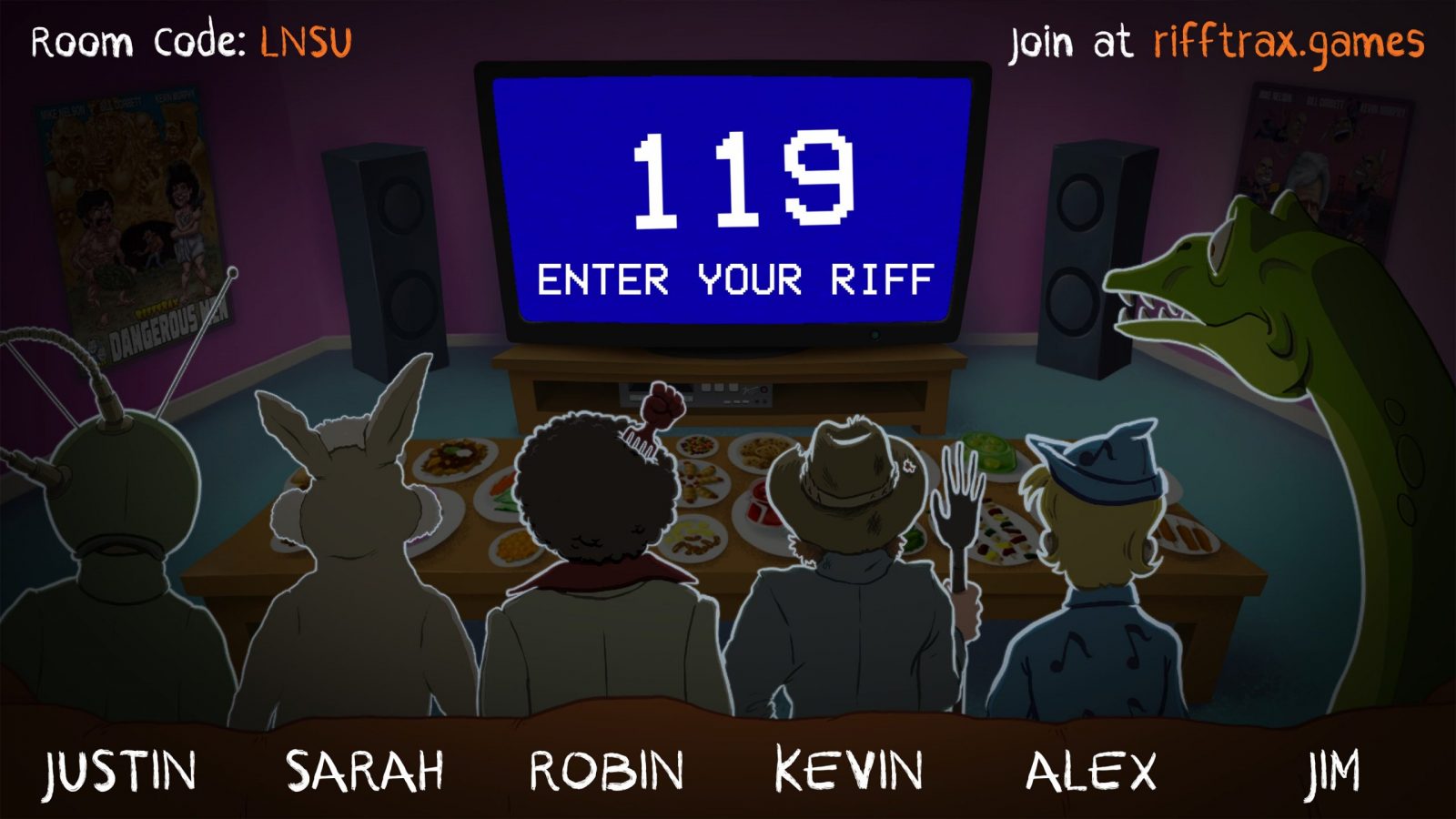 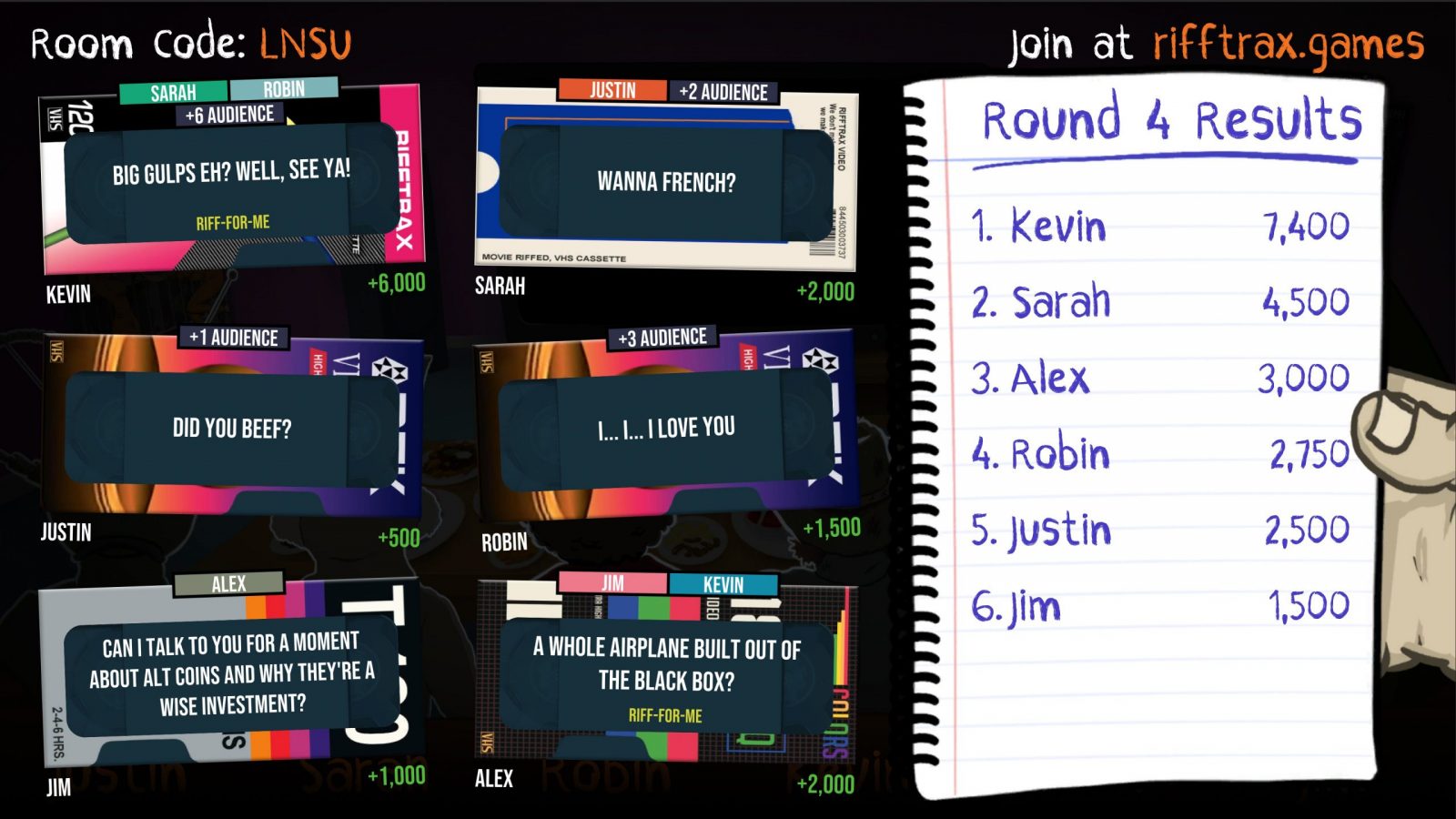 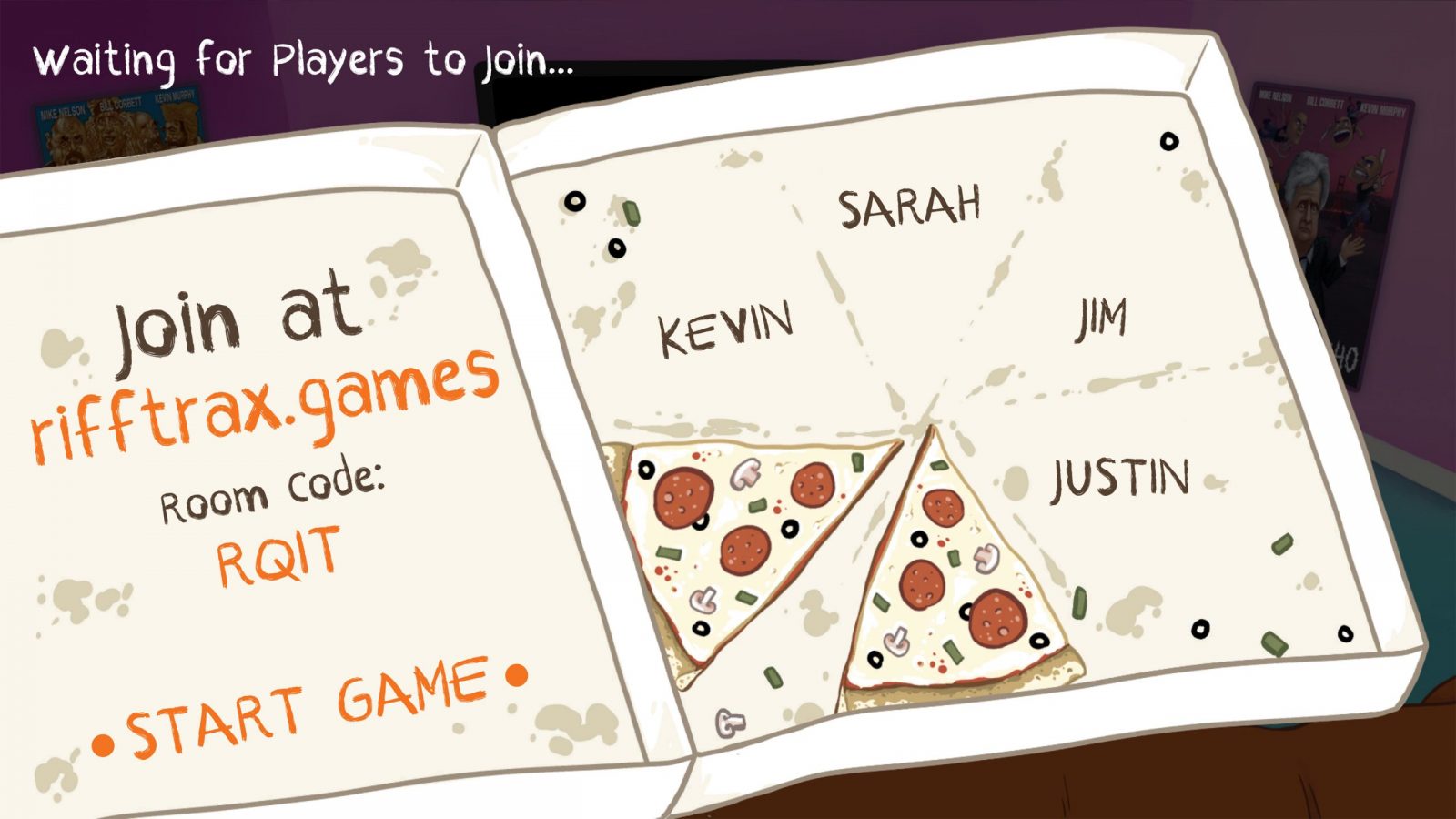 Next Gen: Forward compatible with PlayStation 5 and Xbox Series X|S

Players: Local or remote multiplayer for up to 6 players. Supports an additional 12 audience members. Twitch chat voting is uncapped.

Stay tuned to Gaming Trend for more info on RiffTrax: The Game and for all your gaming, tech, and entertainment news!