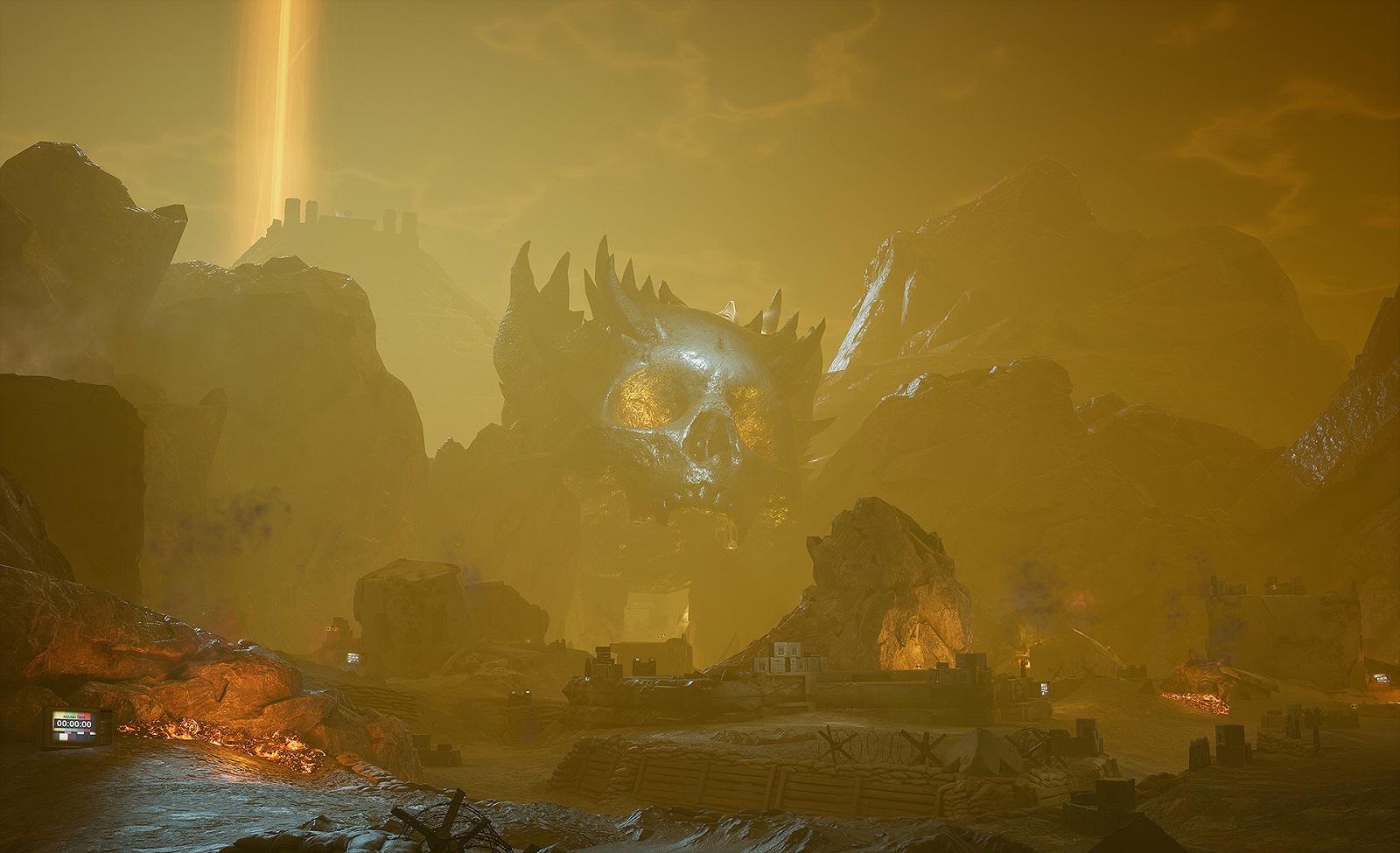 Today, three of Vive Studios’ Ready Player One VR experiences are now available to download on Viveport: Battle for the Oasis, Gauntlet, and Rise of The Gunters. These are released just a week ahead of Steven Spielberg’s movie adaption of the novel by the same name.

Each of these three experiences is developed by a different studio, offering a unique look into the world of Ready Player One. In Battle for the OASIS, developed by Steel Wool Studios, players battle waves of IOI Sixers, journey through the trenches of Planet Doom towards the snow planes surrounding Anorak’s Castle, and stop IOI from gaining control of the OASIS. Gauntlet, developed by Directive Games, has players navigate through a seemingly endless dungeon filled with undead creeping around to take them out. They can collect gold to improve their score, or eat food to restore their health.

And finally, Rise of The Gunters, developed by has players fighting against highly trained IOI Sixers, collecting coins from the fallen soldiers, and finding powerups to survive the waves of high-paced action as long as they can. This can be played alone or with up to two fellow Gunters.

Ready Player One VR experiences are now available on Viveport. To check out the OASIS Beta, check it out here.