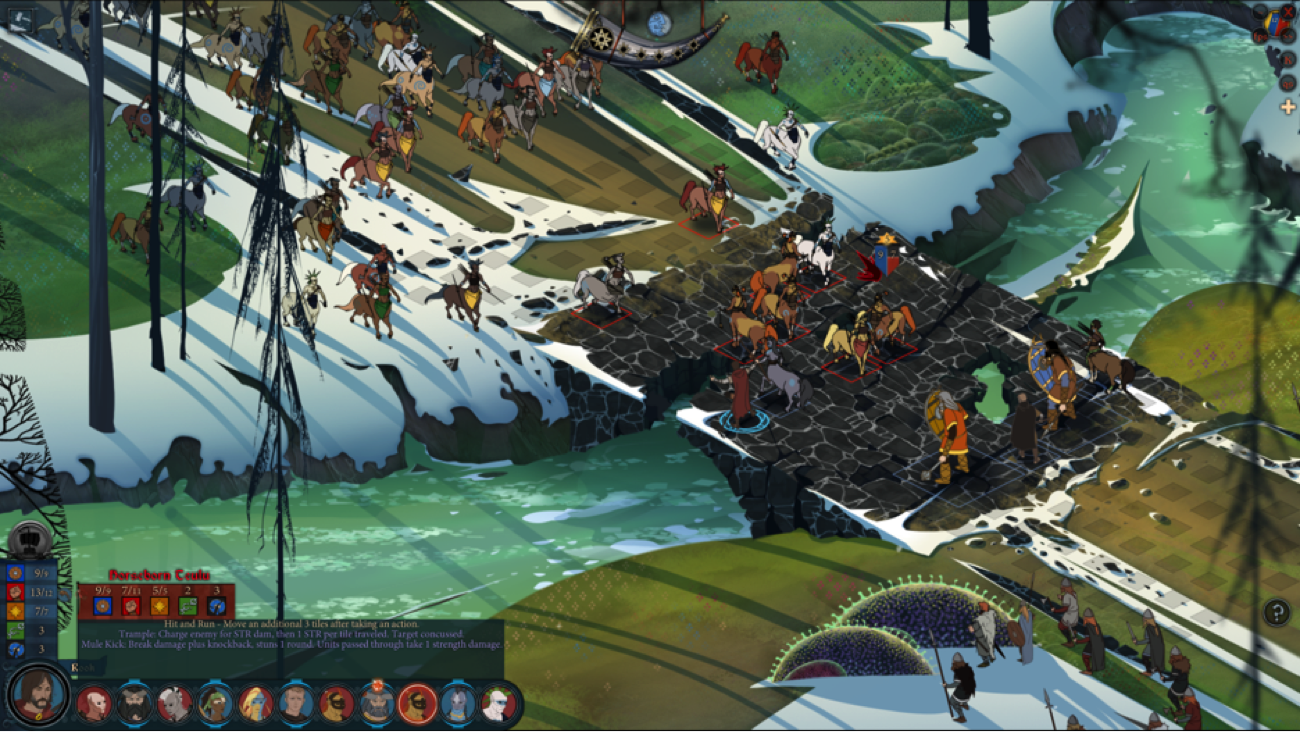 Less than a month after the first game’s release on the Nintendo Switch, Stoic and Versus Evil have announced that it will release Banner Saga 2 to the console on June 7. Featuring a mature-themed story and some great tactical role-playing gameplay, the game will be hot on the heels of the third game’s planned summer release date on the console.

Banner Saga 2 is an emotionally charged sequel as you shoulder increasing responsibility for the survival of your clan in the face of immense grief. As others look to you for guidance, your choices continue to count and bold leadership decisions, wise use of resources, and skillful battle tactics are vital to ensure your survival. Banner Saga 2 also introduces a new race to the series, the legendary horseborn, a centaur-like race which enhances combat and adds another layer of intrigue to the story. It also releases with a brand new evocative soundtrack composed by grammy nominated and BAFTA winning composer, Austin Wintory.

“We are proud to launch Banner Saga 2 on Nintendo Switch, hot on the heels of the launch of the first game, The Banner Saga last month. There has never been a better time to get into this awarding winning series. Strategy and RPG Nintendo Switch fans will get the opportunity to play through the entire saga, from start to finish, this Summer when the third and final chapter Banner Saga 3 releases. Playing this game on the Nintendo Switch is truly a joy, allowing you to play whenever and wherever you can.” said Steve Escalante, General Manager of Versus Evil.

Banner Saga 3, the third and final installment of the mature themed role playing strategy series will launch on July 26th, 2018 for PC, Mac, PlayStation 4, Xbox One and Nintendo Switch. Mobile platforms are expected to launch later on in the year.

Stay tuned to Gaming Trend for our review of Banner Saga on the Switch soon.