Today, Zodiac Interactive and Palm Pioneer announced that they will release the retro-looking cyberpunk adventure game Tales of the Neon Sea on April 30 for the PC. The game draws inspiration from classic cyberpunk media such as Blade Runner, will allow players to immerse themselves in a tale of deception and wonder.

In a fully realized cyberpunk world of intrigue and suspicion, where humans and robots contend with escalating tensions and mutual distrust, and where gangster felines scheme their way to the top of the food chain, use your wits and puzzle-solving skills to determine the course of this unique tale. 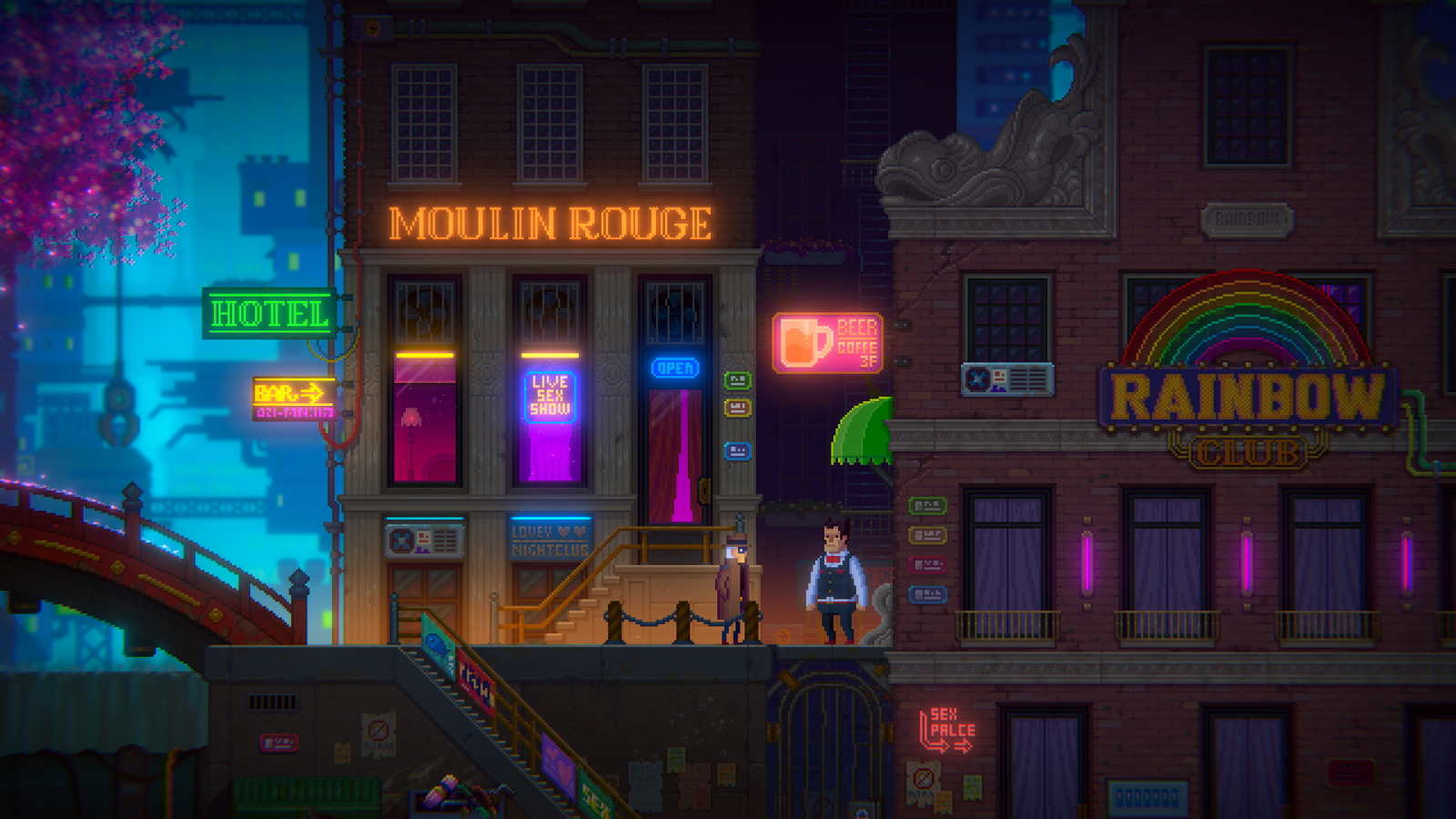 After nearly three years of development, the Chengdu based dev team Palm Pioneer have polished and tuned the final product to meet the award-winning pedigree. “We grew up as sci-fi lovers on classic anime and movies, with their own variation on an alluring and terrifying cyberpunk future.” says the producer, Tian Chao, “At the same time, growing up in China during the ongoing economic boom has given many of us the feeling of actually living in such a world of towering skyscrapers and hazy neon streets! Even Denis Villeneuve, director of the recent Blade Runner sequel, referenced Beijing during the design of that movie. This gives us a unique perspective to inject into the now familiar cyberpunk vision. In the game, players will find many puzzles and stories with oriental characteristics, but the oriental elements are only part of the “Tales of the Neon Sea” world view. Other elements in the game also occupy a very important position. We believe that the integration of these elements creates an interesting and unique experience.”