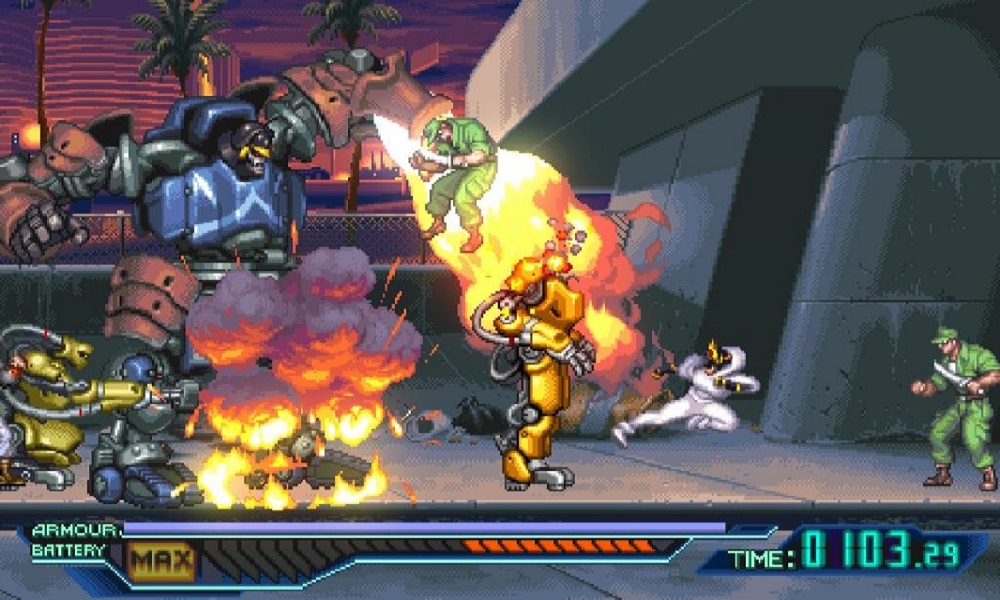 Taito recently unveiled its October 15 release date for the upcoming beat ‘em up The Ninja Saviors – Return of the Warriors, which will be released for Nintendo Switch and PlayStation 4. The game will also have a limited day 1 physical edition that will include some special goodies for diehard fans.

In THE NINJA SAVIORS – Return of the Warriors, players assume the role of one of five android ninjas to take on the tyrant Banglar, and his henchmen, with a variety of individual moves in a dystopian future. Along with two completely new characters, the fully revised side-scrolling arcade brawler also finally offers fans the eagerly awaited two-player co-op mode and an online ranking system so that you can measure yourself against fighters from all over the world. In a total of eight levels, players will brawl their way through waves of enemy hordes, either alone or in pairs.

TENGO PROJECT, the original development team, has elevated THE NINJA SAVIORS – Return of the Warriors to new heights with a re-mastered reboot, plus even better audio and visuals with the 16-bit pixel art of the classic SNES version being retained, but significantly revised, along with cool new animations.

There will also be a special day 1 physical edition available in stores for both, Sony PlayStation 4 and Nintendo Switch for 29.99 USD. The first print physical release will come with a printed manual, stickers, as well as a poster. In addition, there will be a special compensation gift for the delayed launch in the form of two-character cards depicting the new characters Raiden and Yaksha. The cards will be exclusive to North America. 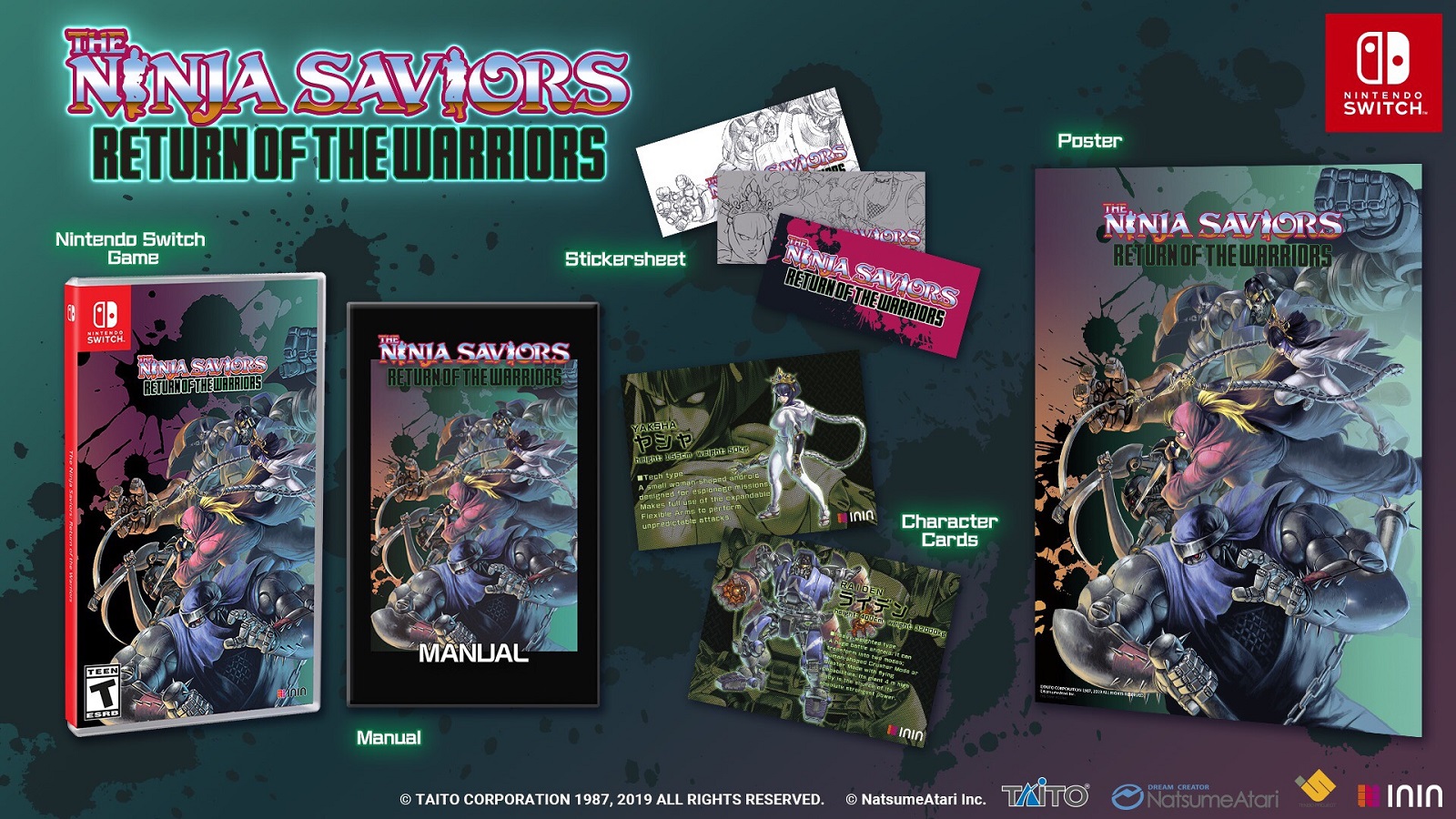