For only $12 you can join the fight against type 1 diabetes and receive 12 critically acclaimed games through the Game Over, T1D Bundle on HumbleBundle.com. This bundle includes We Happy Few, Sam & Max Save the World, Super Meat Boy, and more. You can check out a trailer above and read below for more details:

Devs with Type 1 Diabetes Team Up for a Cure

Join the fight against type 1 diabetes (T1D) with the Game Over, T1D Bundle, available through May 18 from HumbleBundle.com. Game developers and publishers with personal connections to T1D have teamed up to offer twelve games for just $12. (Or more, if you’re feeling generous!) A percentage of sales will support JDRF, the leading global type 1 diabetes (T1D) research and advocacy organization.

Over 1.6M Americans live with type 1 diabetes, with millions more affected around the globe. Unlike the more common type 2 diabetes, T1D is an autoimmune disease that occurs when the immune system attacks the insulin-producing cells in the pancreas. T1D can be diagnosed at any age, and its onset is unrelated to diet or lifestyle. At present, there’s no cure. 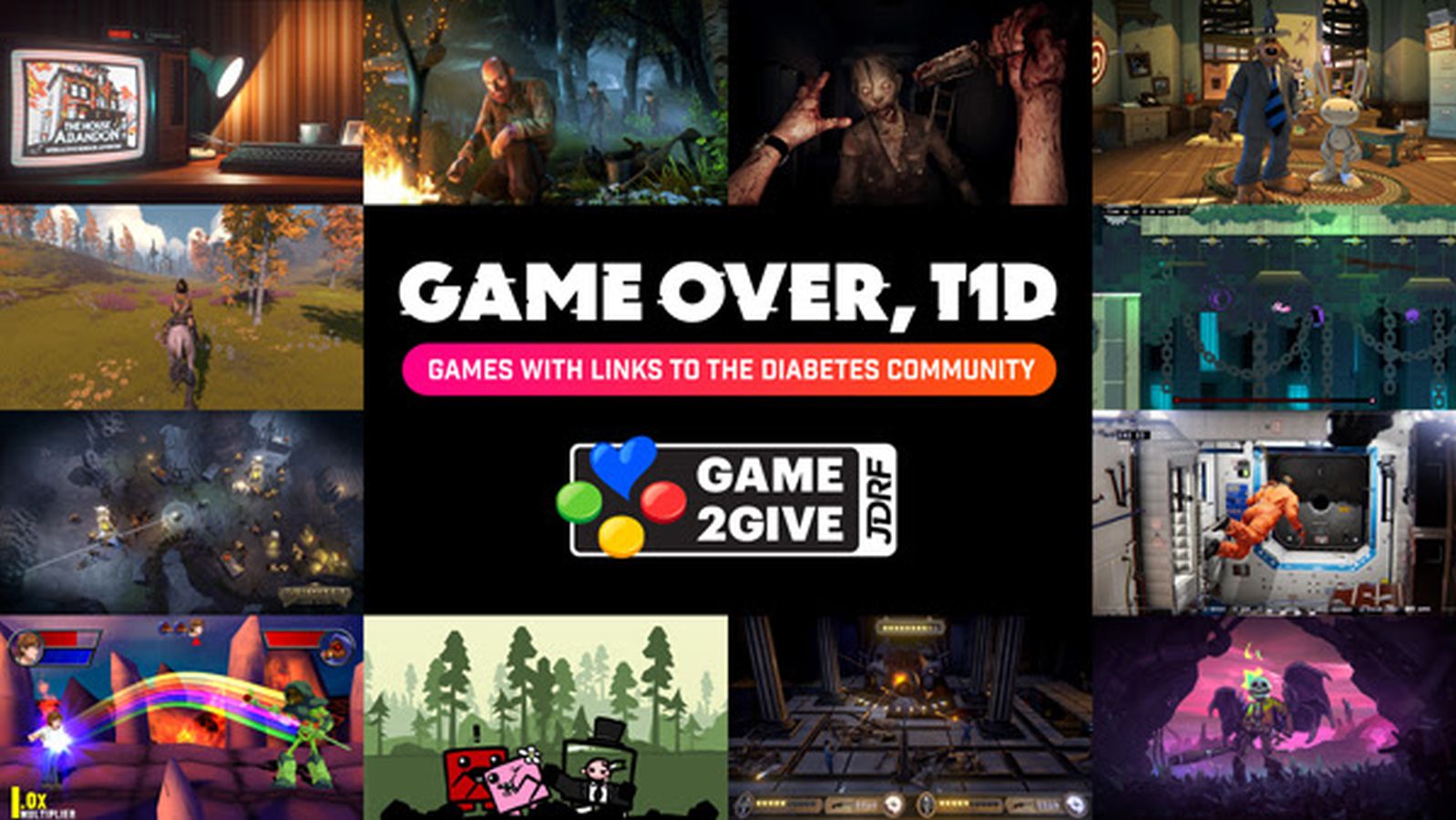 As explained in An Enemy You Can Beat: Type 1 Diabetes in Video Games, a short documentary-style video released today, this cause is very personal to many of the developers whose games are in the bundle. Eight of the twelve games in the bundle have a direct connection to T1D:

We Happy Few — writer Lisa Hunter has family members with diabetes, and the game features a main character whose diabetes is woven into the gameplay

The rest of the games (RAD, Pine, Bartlow’s Dread Machine, and Gauntlet™ Slayer Edition) were donated by allies in the game industry.

For the next two weeks, content creators with connections to T1D will take over JDRF’s Twitch channel to stream games from the bundle and share their personal experiences with the disease. View the schedule at https://www.twitch.tv/jdrf/schedule.

About JDRF Game2Give
The Game Over, T1D Bundle was organized by JDRF Game2Give, a program started by JDRF’s Northern California chapter and game industry veterans who are also the parents of children with T1D. We run Twitch fundraising events, organize bundles and esports competitions, and bring visibility to type 1 diabetes through video game projects such as the recent launch of Omnipod Bay, a diabetes-themed island in Animal Crossing™ New Horizons. Since 2019, we have expanded into a national program with volunteer advisors across the game industry and have raised more than $2M for research toward cures. Keep up with our latest news on Twitter and Discord.