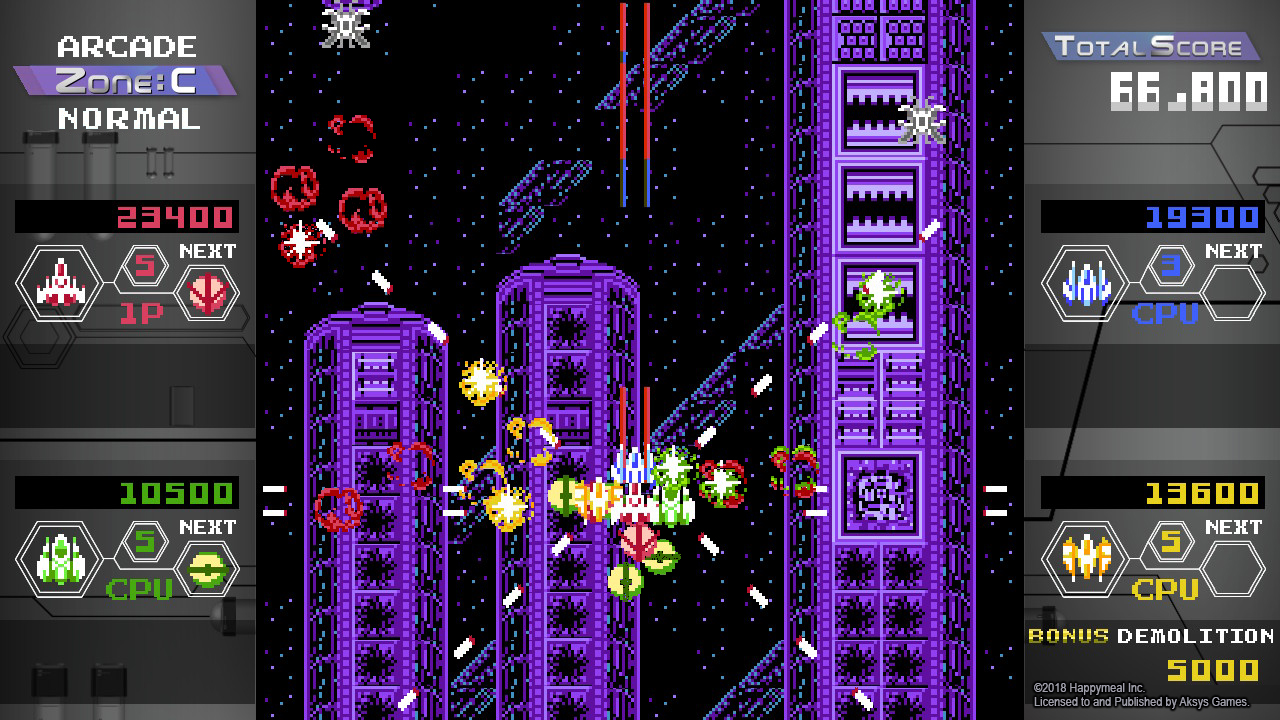 Today, Aksys Games announced that it will release the upcoming four-player co-op shooter Quad Fighter K for the Nintendo Switch this summer. The game will feature retro graphics as well as frantic cooperative gameplay.

In the far distant future, a mysterious alien race set its sights on nothing less than the conquest of the Earth and the total annihilation of the human race. To counteract this threat the nations of Earth formed the EDC (Earth Defense Corps) and launched an all-out counter attack. Despite humanity’s best efforts, the alien invaders superior technology proved too much to overcome and they took over most of the planet.

However, before all hope was lost the remnants of mankind came into possession of alien artifacts that would allow it to launch one last desperate assault.

At this point, the enemy forces were already at the doorstep of EDC headquarters, and Earth was bound to fall… With limited recourse left, they came up with the final plan; attack the enemy headquarters with all they have. With help from “Dr. AKEMI” the plan was to destroy the central core of the alien base.

With enemy forces at the gates of the last fortress of the EDC and the fate of the planet hanging in the balance, the leaders of Earth’s forces decide on a desperate course of action: throw everything they had left at the enemy’s headquarters. With the help of the erratically brilliant “Dr. AKEMI,” the goal is no less than the destruction of the very heart of the alien stronghold.

Featuring 8-bit graphics and the ability to launch different attacks by linking ships together, this is one adventure where it’s dangerous to go alone. Stay tuned for more news here on Gaming Trend.