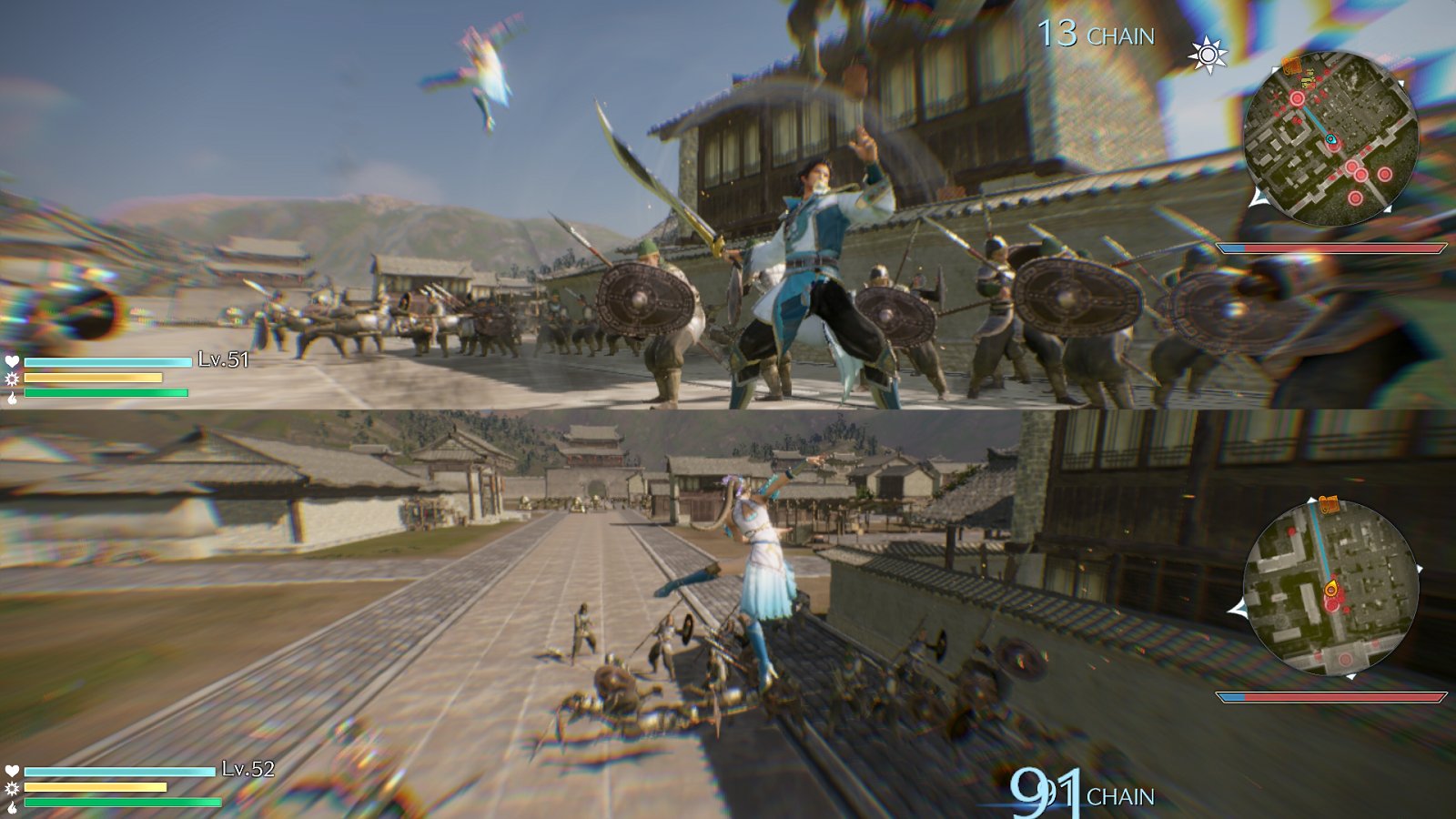 While the recently released Dynasty Warriors 9 was made for current-gen consoles, the lack of a series staple co-op mode was disappointing for many. Fear not, however, as Koei Tecmo has announced that it will release a new update on October 23 that will add online and offline co-op modes for PlayStation 4, Xbox One, and PC. In addition, there will be a free trial version next month that will allow gamers who haven’t bought the title to experience a taste of the action.

KOEI TECMO America is excited to announce the heavily-anticipated debut of two-player co-op in DYNASTY WARRIORS 9, thanks to an upcoming update that will add both online and offline multiplayer action.

The update, set to debut in North America on October 23, 2018 for the PlayStation®4 and Windows PC via Steam®, and following shortly after for Xbox One, also includes a variety of gameplay upgrades, including a bounty of new bows, eye-popping wallpaper featuring some of the franchise’s most popular characters, and classic background music from past DYNASTY WARRIORS games.

In addition, fans will be able to test out a free Trial version of DYNASTY WARRIORS 9 beginning November 1 on Windows PC via Steam, and November 7 for PlayStation 4 and Xbox One, enabling them to select up to three of the 90 playable characters in the game as they set off to explore China in their open-world quest for adventure with the fate of the 400-year-old Han Dynasty hanging in the balance.

Finally, KOEI TECMO America revealed a new Season Pass for DYNASTY WARRIORS 9 which will grant players a variety of additional weapons, costumes, scenarios, and a plethora of useful materials, including various types of coins, a book of Musou, and exploding arrows. Fans will be able to get their hands on this new pack of content on October 30, 2018 for the PlayStation 4, on November 8 on Windows via Steam, followed soon after on the Xbox One.