Announced earlier last month, Capcom just revealed more details for its upcoming expansion Monster Hunter World: Iceborne, which will be released on September 6 for PlayStation 4 and Xbox One, with a PC release to follow. A new trailer has been released as well, which delves into some more story beats.

Picking up from the end of the storyline in Monster Hunter: World, Iceborne has players joining forces with the Research Commission once again to explore the undiscovered new land of Hoarfrost Reach, which will be the largest map in the game. Following an unusual sighting of Legiana from the Ancient Forest, the team journeys across the waters to a new locale with a frigid climate covered in snow and ice. As pioneers, the group soon sets up a new base camp in Hoarfrost Reach called Seliana, which serves as a warm haven with resources to prepare them for the challenging quests that await. A peek at the cozy new HQ can be seen in the latest trailer.

Monster Hunter World: Iceborne will introduce new monsters as well as returning series favorites. Tigrex, a frenetic creature familiar to fans of past Monster Hunter titles, joins Iceborne with its powerful roar and unpredictable moves sure to keep hunters on their toes. Shrieking Legiana, a newly discovered extreme variant of Legiana from Monster Hunter: World, is covered in a white frost which it uses to freeze the air around it and ferociously attack hunters.

First-time hunters and established series fans attending E3 will get the first chance to play a demo of Monster Hunter World: Iceborne including three different quests, all 14 weapon types and brand-new gameplay options such as new weapon combos and features, and Clutch Claw function for the Slinger. Quest choices include the Great Jagras quest from Monster Hunter: World for newcomers, the brand new horned brute wyvern Banbaro for an intermediate challenge or the returning series favorite Tigrex for the fiercest of hunters. With more monsters to be revealed this is just the tip of the Iceborne! 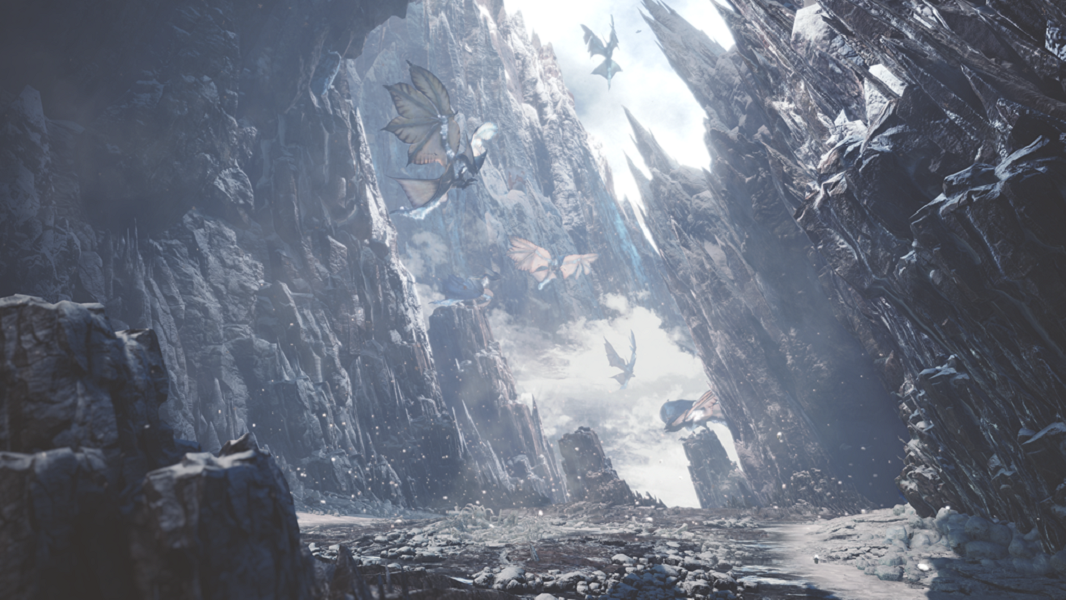 The Monster Hunter: World base game is required for Iceborne and while players will be able to enjoy some of the gameplay options such as the Slinger and weapon updates right away, they must have completed the main story through Hunter Rank 16 in order to access the new Iceborne story and quests.

Check out the trailer above, read our review of Monster Hunter: World, and stay tuned for more news here on Gaming Trend.