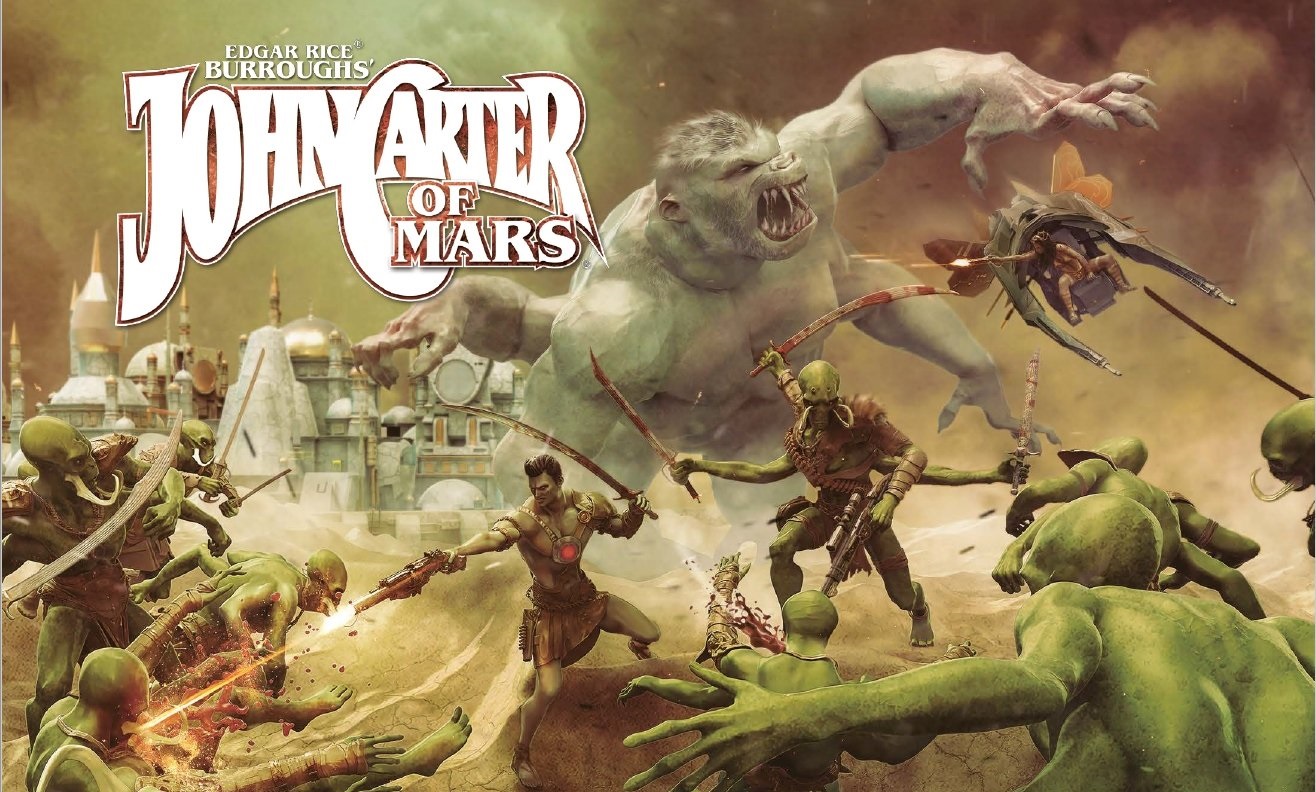 Modiphius Entertainment announced that it has recently released the John Carter of Mars: Core Rulebook in print alongside a host of new supplementary material and miniatures. The items are available to purchase through Modiphius’ online store.

The description of the core rulebook is as follows:

Edgar Rice Burrough’s John Carter of Mars: Adventures on the Dying World of Barsoom transports you to the Red Planet of Barsoom, an arid, dying land of ancient civilizations and fearsome creatures. Begin your adventures of romance and heroism using a pulp-action inspired variant of the 2d20 System. Take on the role of heroes as you travel, battle, and romance your way across the wondrous and dangerous world of Barsoom. Play as John Carter, Princess Dejah Thoris, the fearsome Thark warrior Tars Tarkas – or create your own heroes from an exciting variety of options.

An overview of Barsoom and its peoples, perfect to introduce new players to the wondrous world of John Carter of Mars.

A new talent focused, narrative variation of the 2d20 System including a step-by-step character generation system designed to create heroes from a variety of backgrounds and concepts.

Create a wide variety of characters such as a Dashing Red Martian Duelist, a Brilliant First Born Scientist, a Savage Beastmaster, a Courageous Airship Officer, even Earthborn characters, so players can follow in the bounding footsteps of John Carter himself!

A detailed narrator’s section filled with information on how to run genre-and-setting appropriate campaigns, including information about the great and terrible secrets of Barsoom.

Three eras of play based on the adventures of John Carter himself. Adventure during the Dotar Sojat era, or adventure during the time where Carter became a Prince of Helium and in the years after when he was believed dead, or fight alongside Carter and his allies during the later Jeddak of Jeddaks era.

An introductory adventure, the Mind Merchants of Mars, to get players and narrators started on their adventures and immersed in the world of Barsoom. 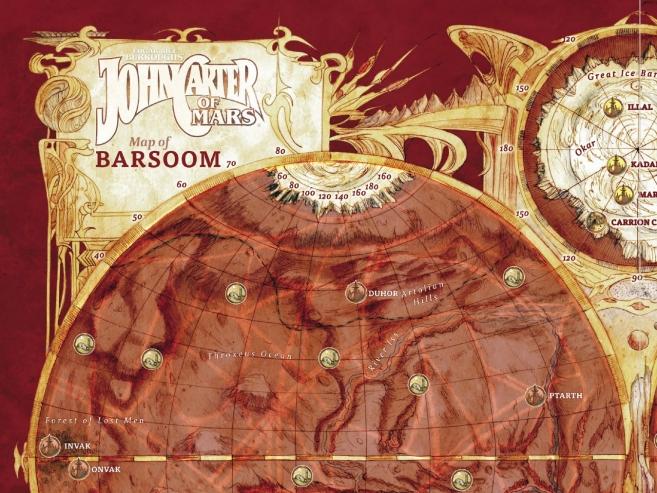 In addition, there is a slew of new accessories and minis available:

Uncover the nefarious conspiracy of the mysterious organisation known as the Eidolon as you adventure your way across Barsoom to save the people of the dying planet. Phantoms of Mars will take your heroes on a journey full of pulp-action, intrigue and heroism as they race to uncover the Eidolon conspiracy and see just how far it has spread. 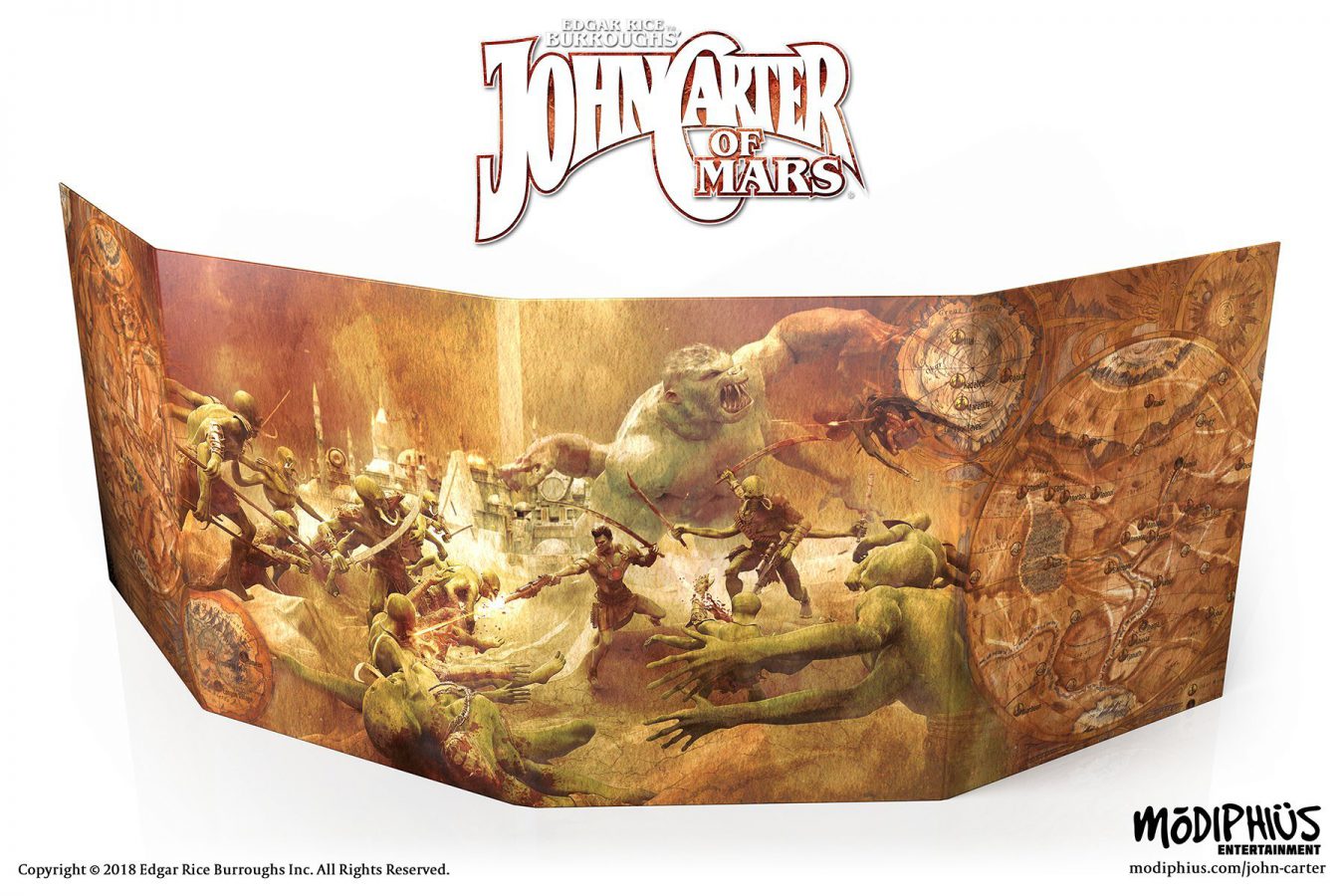 Modiphius Entertainment presents the John Carter of Mars Narrator’s Toolkit. The Toolkit includes the official John Carter of Mars narrator screen. The exterior features amazing rendered artwork from the cover of the core rule-book, while the interior features useful rules, tables and charts for narrators. Also included is a booklet with new advice on running campaigns as well as new rules.

Modiphius Entertainment presents the John Carter of Mars Prince of Helium Notebook. The exterior features amazing rendered artwork from the cover of the core rulebook, while the interior features blank, lined and gridded paper to detail your journey across Barsoom as well as character sheets to keep your heroes’ information all in one place.

We also have a selection of individual miniatures including John Carter and Dejah Thoris in alternative poses, Sola, Ras Tharvas and Gor Hajus, plus monsters of Mars like the White Ape, Apt and Banth, as well as Plant Men and Synthetic Men. 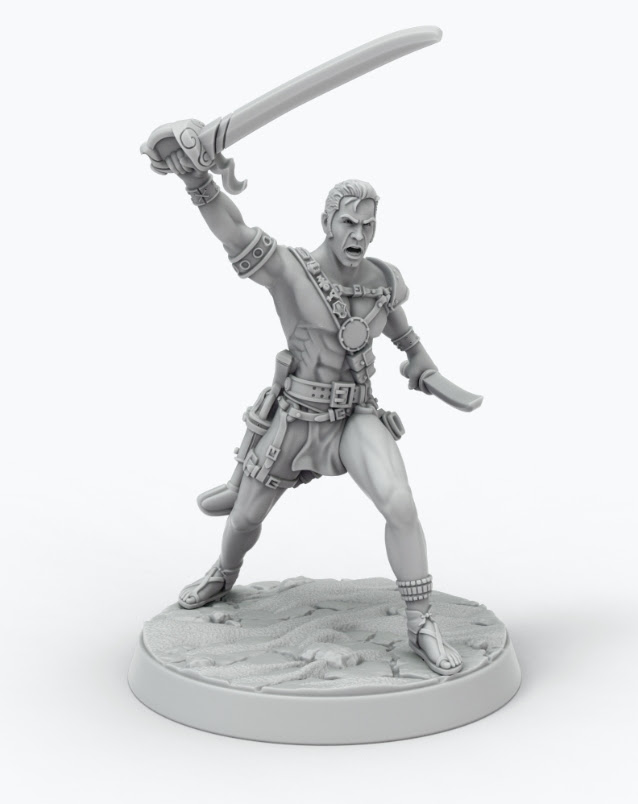