Everspace 2 stinger’s debut update is now available on Steam & GOG, and will be released on the Windows Store soon. This new update adds additional story content, a Stinger light fighter class, overhauled crafting, mining, new enemies, and more. You can check out the Stinger’s debut trailer above and read more below:

Hamburg, Germany – April 1, 2022 – Independent AA developer ROCKFISH Games is excited to share non-April Fools news today as their latest EVERSPACE 2 update goes live to players on Steam, GOG, and will be coming soon to the Microsoft Store. As part of this update, early WIP localization has been added, for maximum enjoyment of EVERSPACE 2 to eager space pilots all over the globe.

Stinger’s Debut, previously titled Rogue’s Debut in the 2022 roadmap, adds the Stinger, EVERSPACE 2’s third light fighter class. This new ship focuses on electronic warfare, making devices a critical component for pilots who favor agile, ability-focused spacecraft. When using ship devices, a third weapon hardpoint underneath the Stinger’s hull is activated, dealing 50% more primary damage. The Stinger’s Void Swarm Ultimate instantly resets device cooldowns and releases a swarm of aggressive micro-bots that consume everything in their way, prioritizing the locked target. Upon return, these bots restore the player ship’s hull and armor based on damage dealt. Stinger vessels can take flight with random perks like 20% reduced cooldown for support or warfare devices, Void Swarm radius increased by 25%, or become cloaked for five seconds after its shield is depleted. 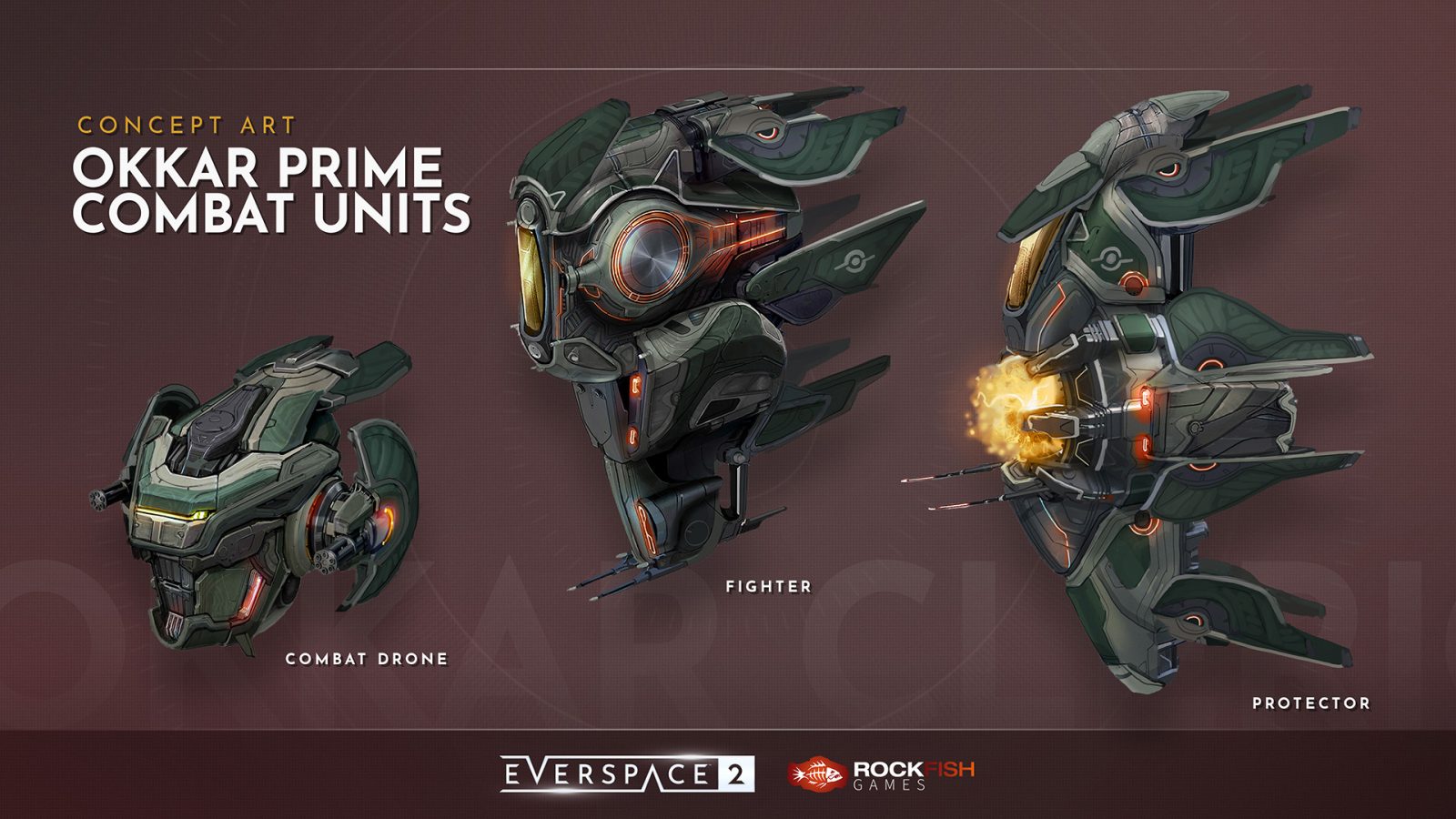 Along with a new hostile subfaction, the Okkar Prime, the update also brings improved crafting, and resources gathering features as well as new equipment, story content, perks and additional challenges scattered throughout the EVERSPACE 2 star systems. Along with these improvements, the ROCKFISH Games team has rebalanced portions of the game and added experimental difficulty levels that can be changed any time.

“While Stinger’s Debut does not add a new star system to explore like in previous updates, the added features and substantial changes deepen the overall experience, especially when starting a new game,” said Michael Schade, CEO of ROCKFISH Games. “We’ve set up a new player data pool analyzing the impact from this update’s changes and additions to core game systems like crafting, mining, ship devices, and new game progression curve. We can’t wait to see how many catalysts and blueprints will be found, and what new builds top pilots will come up with.”

The Stinger’s Debut Update will also include experimental UI and text language support for German, French, Italian, Spanish, Brazilian Portuguese, Polish, Czech, Simplified and Traditional Chinese, Japanese, and Korean so the international EVERSPACE 2 community can join in the fun at full capacity. As the early implementations of localization may not be perfect yet, localization for EVERSPACE 2 will be continuously updated along with any missing text and required fixes for the full release in early 2023.

The content-gated EVERSPACE 2 demo on Steam has been updated with all relevant changes, including WIP localization. In the updated demo, players from all over the globe can explore the first sector of EVERSPACE 2’s first star system and carry their save game over to Early Access.

A full list of features and fixes can be found on the Stinger’s Debut Update Steam community post. 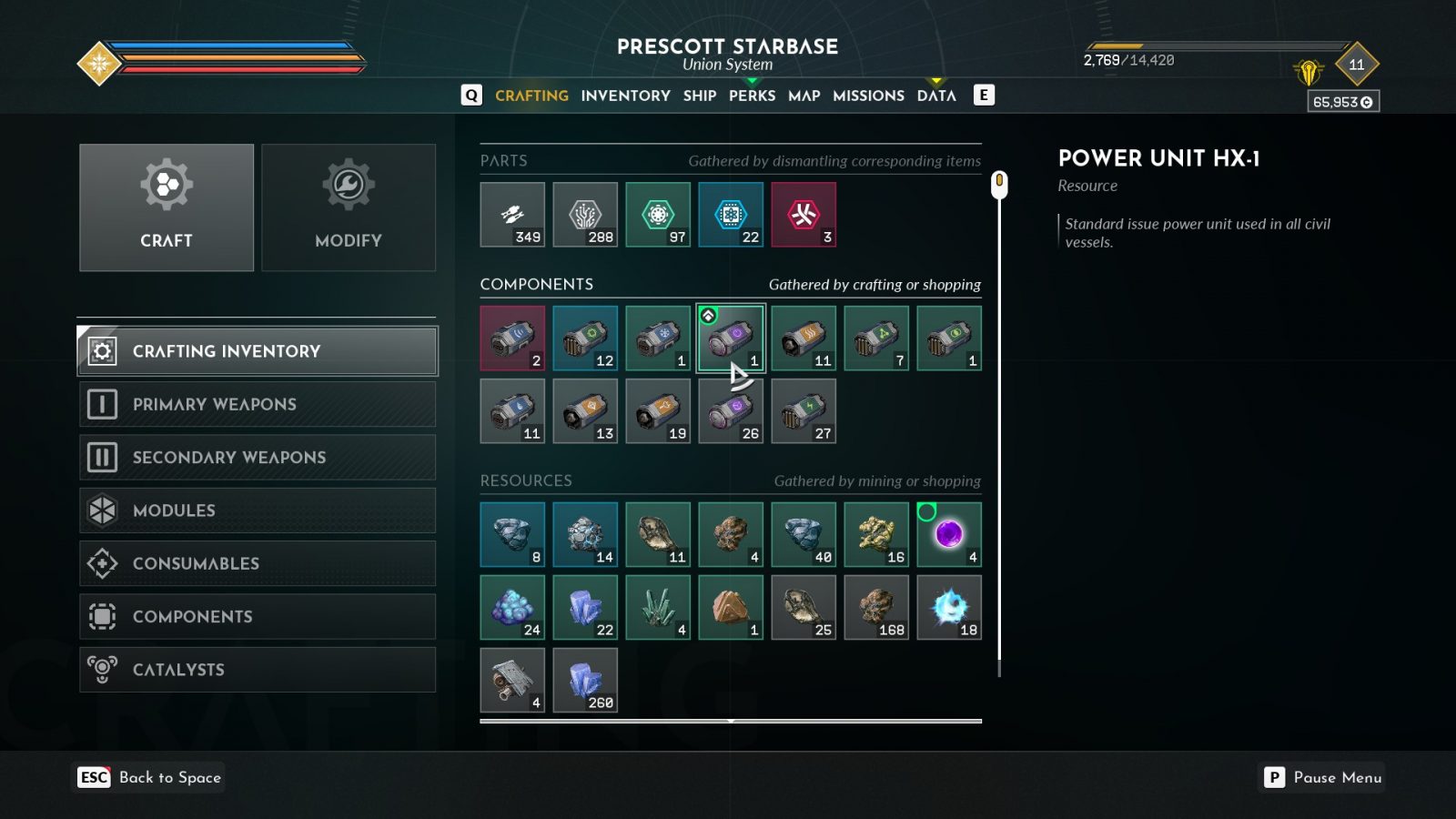 EVERSPACE 2 has two additional major updates planned to release in 2022. Drake: Gang Wars will add the massive star system Drake to the game, throwing pilots into the middle of a three faction battle over fire and ocean planets. Ancient Rifts, planned for this fall, will give players their first taste of endgame content with high-risk, high-reward challenges.For more details on both the Drake: Gang Wars and Ancients Rifts updates, check out the EVERSPACE 2 roadmap Steam news update.

EVERSPACE 2 is currently available on Steam, GOG, and the Microsoft Store, and is planned to release on Xbox and PlayStation consoles when the full game is launched in early 2023. This is when also a fully optimized version for Steam Deck will be available.

Follow EVERSPACE 2 on Twitter, Facebook, and join the game’s Discord to stay in the loop on the latest developments and join the ROCKFISH Games team Fridays as they show off content from their latest EVERSPACE 2 dev build on the ROCKFISH Games Twitch and YouTube channel from 8 pm to 10 pm CET / 2:00 pm to 4:00 pm ET / 11:00 am to 1:00 pm PT. Viewers are encouraged to ask questions directly to the dev team.