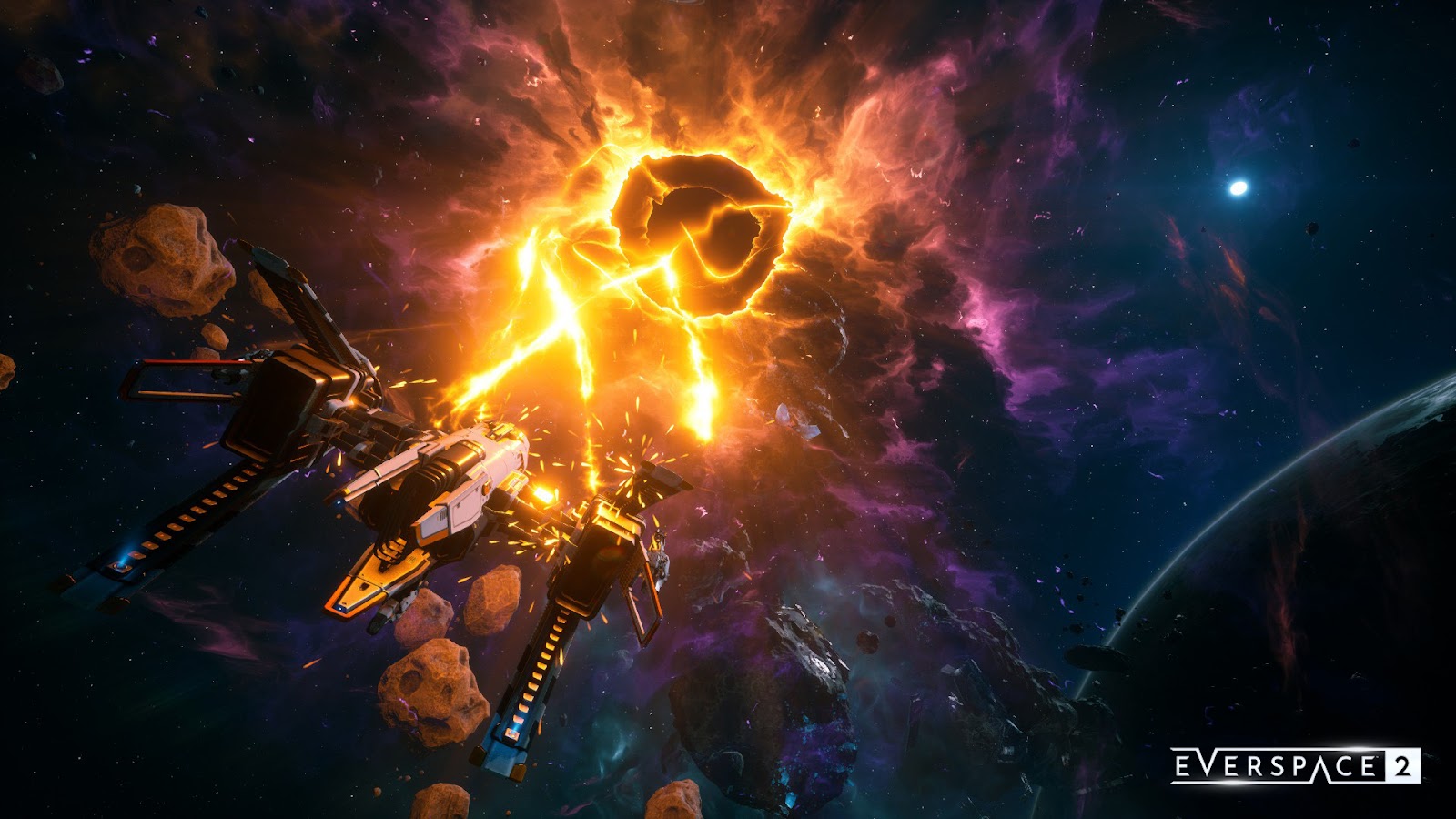 What started out as a Kickstarter stretch goal has grown into the final early access update for EVERSPACE 2. Ancient Rifts is going to be a new way for players to engage with endgame content. An overhauled leveling system, new missions, and highly requested legendary items are all making their long-awaited debut. EVERSPACE 2 is going to infinity and beyond so fasten your seatbelts. The reveal trailer as well as full details from today’s announcement are below:

Independent AA developer ROCKFISH Games is excited to share that their final major Early Access update for EVERSPACE 2 is now live on Steam, GOG, and soon on the Microsoft Store. Titled Ancient Rifts, this update features a slice of endgame content, the debut of the long-awaited legendary items, new missions, a major level-scaling overhaul based on community feedback, and much more.

Ancient Rifts is an update that delivers on the promise from the 2019 Kickstarter campaign, where some 8,000 supporters unlocked significant endgame content for EVERSPACE 2. Much like in the original EVERSPACE, where players could increase the difficulty for each run and pick handicaps between sectors in Hardcore mode, they can now ramp up Lunacy before opening a rift and picking a portal with different modifiers leading to the next stage to define their individual challenge. Of course, bigger risks will yield greater rewards, like a higher legendary drop chance and better loot overall.

As a challenging endgame activity of a fast-paced space shooter, the team wants players to dive right into the battle with an optimized build and unleash mayhem on their enemies rather than camping behind an asteroid and picking one target after the other from a safe distance. So, in order not to be thrown out of the rift, pilots have to maintain their Resolve score in Ancient Rifts by defeating opponents rapidly and also keeping their hull integrity above zero.

While ROCKFISH Games is far from done with this first implementation, daring pilots can also engage with other exciting content in the Ancient Rifts update including overhauled racing events, new side missions in Union and Khaït Nebula, new jobs, new distress signals, new puzzles, and visual upgrades.