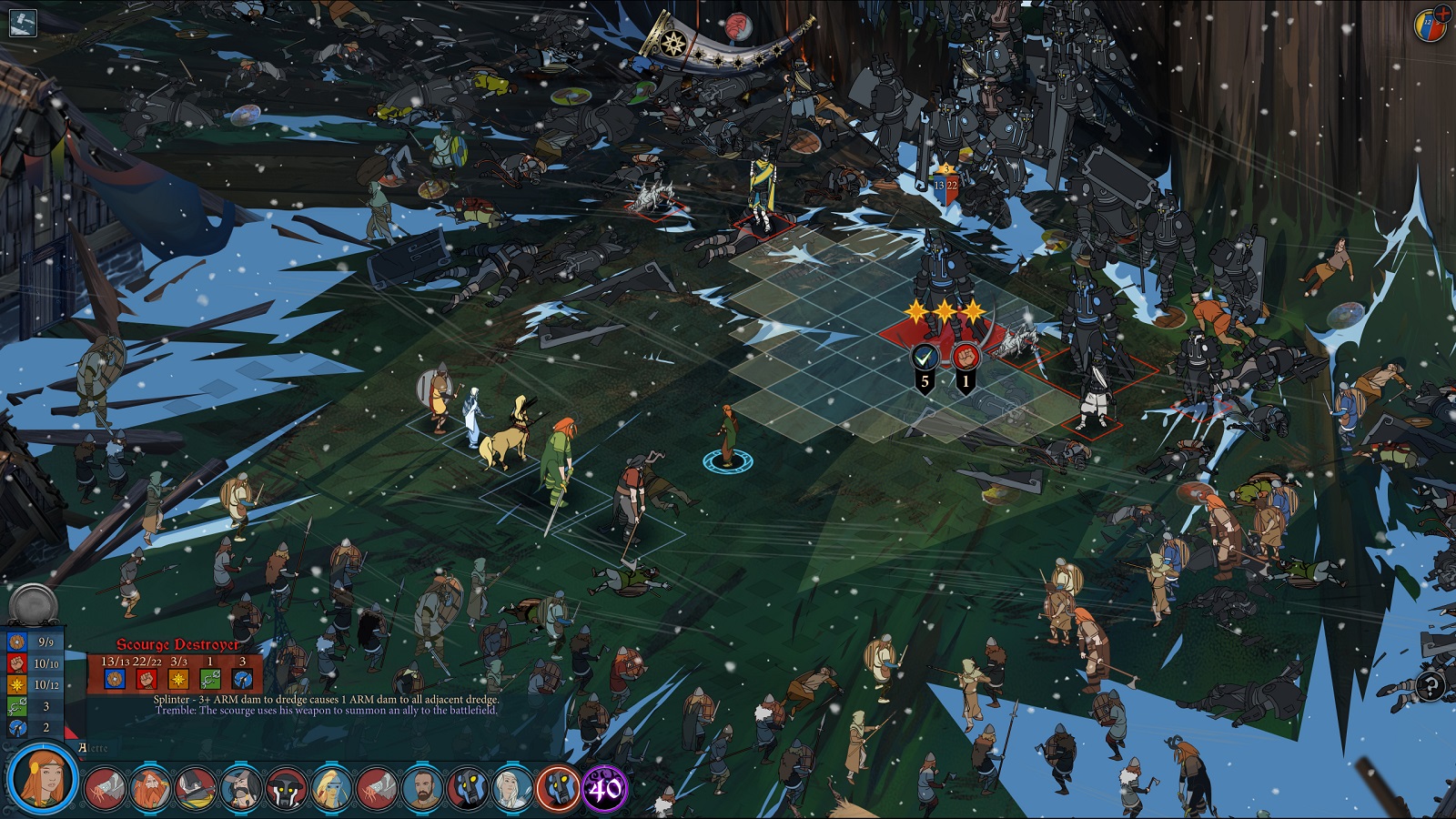 Yesterday, Stoic and Versus Evil announced that it will release its final Kickstarter goal for the recently released Banner Saga 3, the Eternal Arena mode, as a beta on December 12. The mode will feature weekly challenges as well as allowing players to tinker with different parameters within the mode.

Take up your axe and enter the Eternal Arena to quick-play new, unique challenges! Customize your own maps, rules and enemies to create unique tests of skill. Become the stuff of legends by conquering the weekly tournament and competing against the world for the highest score!

Stoic, an independent game development company, and Versus Evil, one of the leading independent video game publishers, today announced that the new game mode for Banner Saga 3, Eternal Arena is currently in beta ahead of its December 12th launch. The soon to be introduced game mode was a $400K Stretch Goal as part of Banner Saga 3’s original funding drive, which it comfortably smashed through in less than a week.

“The Banner Saga 3 Kickstarter allowed Stoic to increase the scope, fidelity and production values of Banner Saga 3, and the Eternal Arena represents the final Stretch Goal promise with a mode that will allow its fans and backers to fully explore their tactical whims”, said Steve Escalante, Versus Evil General Manager.

Weekly Challenge: A weekly tournament with a global leaderboard.*

Arena Mode: Design your own battles, pick the enemies, and change the rules in this spellbinding sandbox mode.

Play with all the characters, enemies, and battleboards from the entire Banner Saga Trilogy and refine your party tactics.