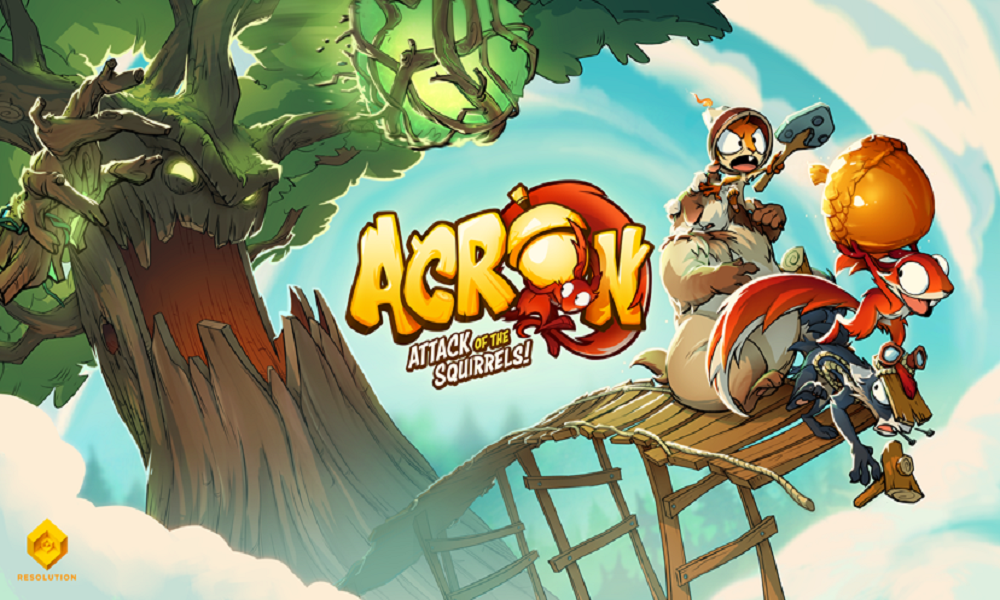 Today, Resolution Games announced that it will release its multiplayer party game ACRON to VR headsets as well as mobile devices later this year. The Angry Birds VR: Isle of Pigs developer has promised a fun experience that’s accessible to both VR enthusiasts and newcomers to the scene and will integrate both VR and mobile platforms.

Through the magic of VR, one player becomes a large, ancient tree that is the sole protector of the ‘seeds of life’ (the Golden Acrons), while the players on mobile take on identities of a gang of rebellious squirrels that band together to strategize on how to best scurry around to get as many nuts as they can. The game will come with multiple levels depicting different nature environments and several characters with various roles for players to become. ACRON is expected to launch across several major VR platforms and both iOS and Android devices.

“We’ve always believed that VR is more enjoyable when you can play with your friends and family,” said Tommy Palm, co-founder and CEO of Resolution Games. “ACRON takes that idea even further by allowing players in VR to play with and against opponents on mobile in a social setting. And not only is this game a prime way to introduce people to VR, but I can honestly say this game is the most fun I’ve ever had in VR… and I’ve played a lot of VR games!”