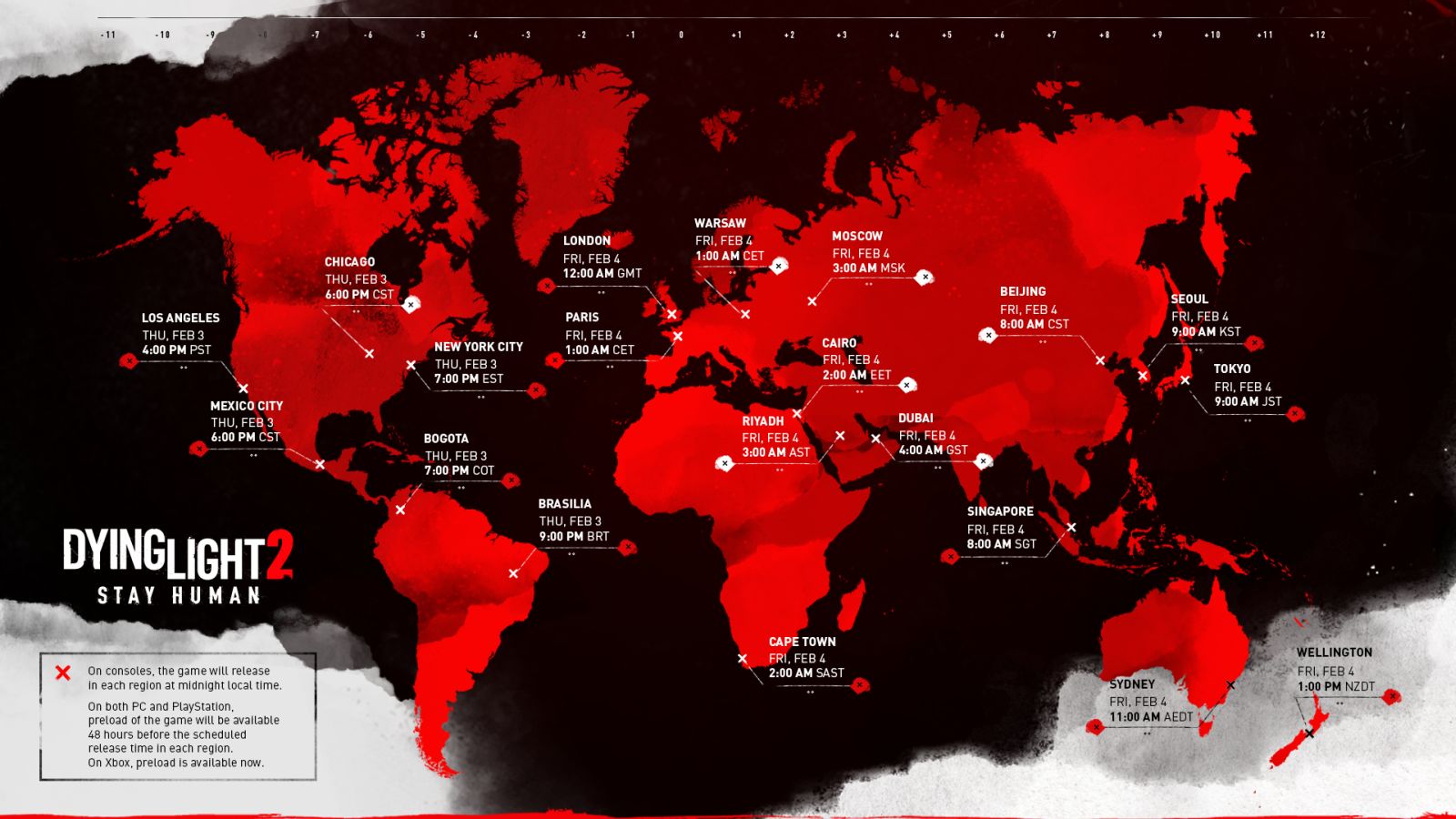 After 7 long years of development Dying Light 2 is now officially available. In case you missed our review, we quite liked the game, stating, “Dying Light 2 Stay Human may begin like the shuffling corpses you run into during the day, but evolves into the ferocious horde you encounter in the shadows of night. With an engaging gameplay loop of parkour and combat, the exploration of Villedor is something you’ll enjoy for hours on end, and with up to three friends at that. Yeah, it may take a little bit to get hooked, but once you’re infected, it’ll be all you can do to stay human.” You can check out the press release celebrating the game’s official release below:

Wrocław, Poland — February 3, 2022 — Dying Light 2 Stay Human will be available starting today on PC (Steam, Epic Games Store), PlayStation 5, PlayStation 4, Xbox Series X|S, and Xbox One. After 7 years of production, Techland has released their latest title and most ambitious game to-date focused on parkour and combat mechanics—an expansive game filled with open-world activities, the electrifying colors of the Modern Dark Ages era, resonant choices to be made, and an alternating day-night system.

In Dying Light 2 Stay Human, players will be able to shape the future of The City with their actions and watch how it changes. Determine the balance of power with your choices amid the growing conflict and forge your own experience. In this game, you can be both brutal and creative in your combat. You must rely on your parkour and fighting abilities to survive, supported by over two hundred weapons, more than twenty inventive weapon mods, and dozens of power moves. Those looking for the best equipment should wait until night to venture out into the dark hideouts of the Infected. Sunlight keeps them at bay, but once it’s gone, these monsters leave their lairs, leaving the player free to explore and begin the hunt.

This game is designed to give you a rich, immersive experience in its single-player campaign but also fully supports a 4-person cooperative mode that allows you to play through the story and even finish the game together with your friends. Based on the choices made by the game host, you may find the world of Dying Light 2 Stay Human takes on a whole new shape altogether.

Players should know Dying Light 2 Stay Human’s core gameplay mechanic of parkour was supported by the father of parkour himself, David Belle. He not only models and provides motion capture for one of the main characters in the game, Hakon, but he also helped Techland create parkour moves that look and feel real.

But David Belle is not the only big star here! American movie star Rosario Dawson, also known for her role as Ahsoka Tano in The Mandalorian, has been cast as one of the game’s main characters: the rebellious and independant Lawan. Moreover, the main protagonist, Aiden Caldwell, is voiced by Jonah Scott, an influencer, streamer, and voice actor celebrated for his work in multiple games and anime series.

The English language version of Dying Light 2 Stay Human features, among others…

Dying Light 2 Stay Human’s release hour is different for every region. Please check what time the game will be released using the timezone map below. The game is available to purchase on the official Dying Light 2 website and Steam page.

Dying Light 2 Stay Human’s world premiere is here! Make sure to catch all episodes of the Dying 2 Know series (available here) and if you are Dying 2 Know Moreabout the game, visit this link for more episodes of exclusive interviews.

Stay tuned to Gaming Trend for more info on Dying Light 2 Stay Human and for all your gaming, tech, and entertainment news!