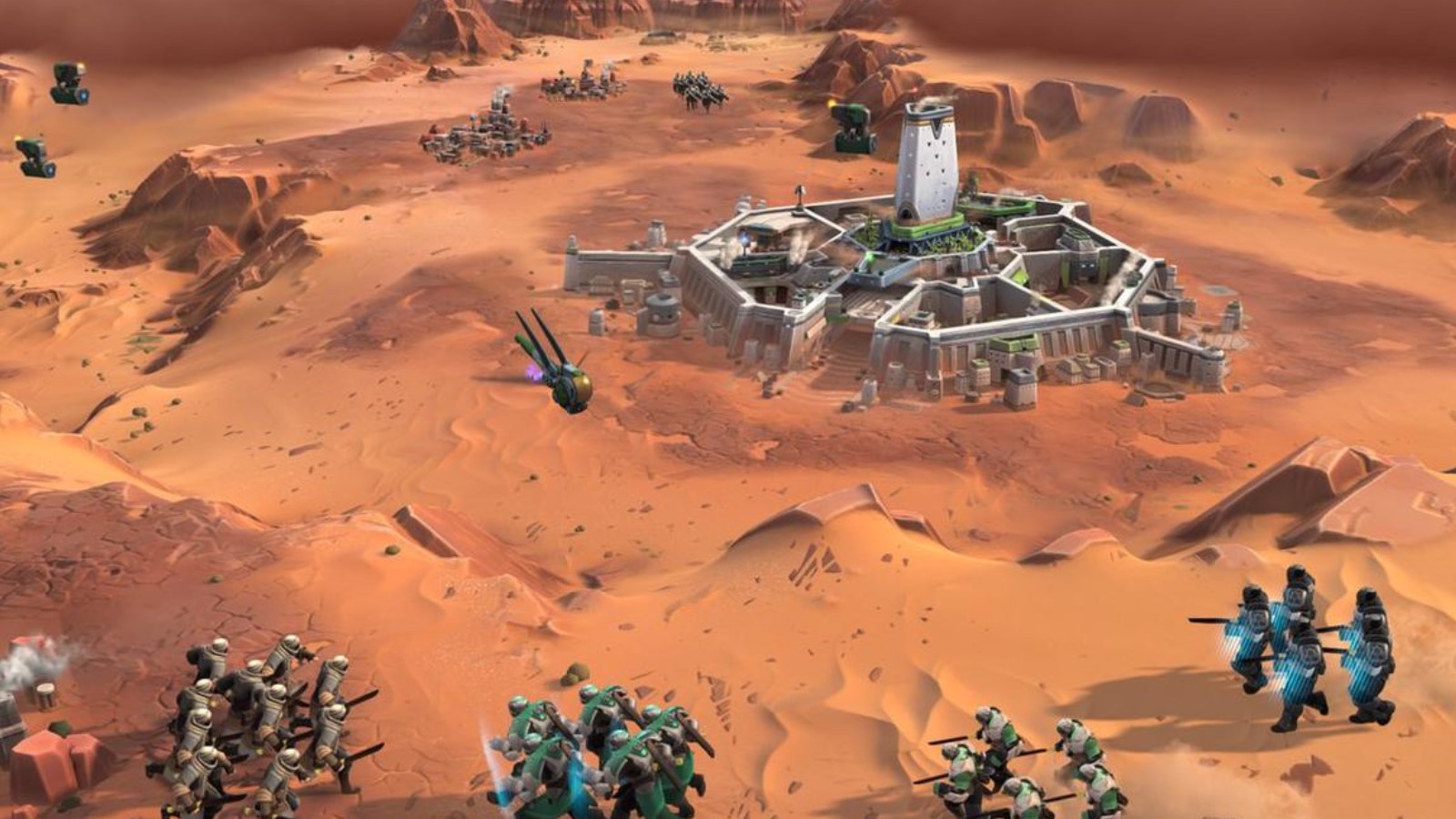 Oslo, Norway – July 5th, 2022 – Dune: Spice Wars, the 4X real-time strategy game set on Dune, is set to expand once again following the major Multiplayer Update. Publisher Funcom and developer Shiro Games now reveal a brand-new faction coming to the game: The Imperial House Corrino, rulers of the Known Universe for the last ten millennia. This update will follow the Multiplayer Update as the second major milestone in the Early Access Roadmap.

The Houses on Dune have become unruly, so the Padishah Emperor Shaddam IV is bringing his feared Sardaukar to remind them of his dominion. While he holds a lot of power, he must also preserve certain essential relationships, most crucially with the Spacing Guild.

Playing as House Corrino, players will experience a very different kind of economy to balance. Tip the scales of spice in your favor by receiving spice taxes or bribes from other factions while paying the Spacing Guild’s fees to maintain interstellar travel at affordable rates and hold the empire together.

By the emperor’s side stand his loyal councilors, each of whom lends unique benefits, be it on the battlefield, in the Landsraad politics, for raw production, or otherwise.

As with previous updates, this one will also include a series of other improvements and minor features. Plenty more details will be revealed about the Imperial House Corrino at Gamescom, including the full list of councilors, unique units, and more.

Dune: Spice Wars is currently 20% off on Steam. Play with or against your friends to see who the desert claims first.