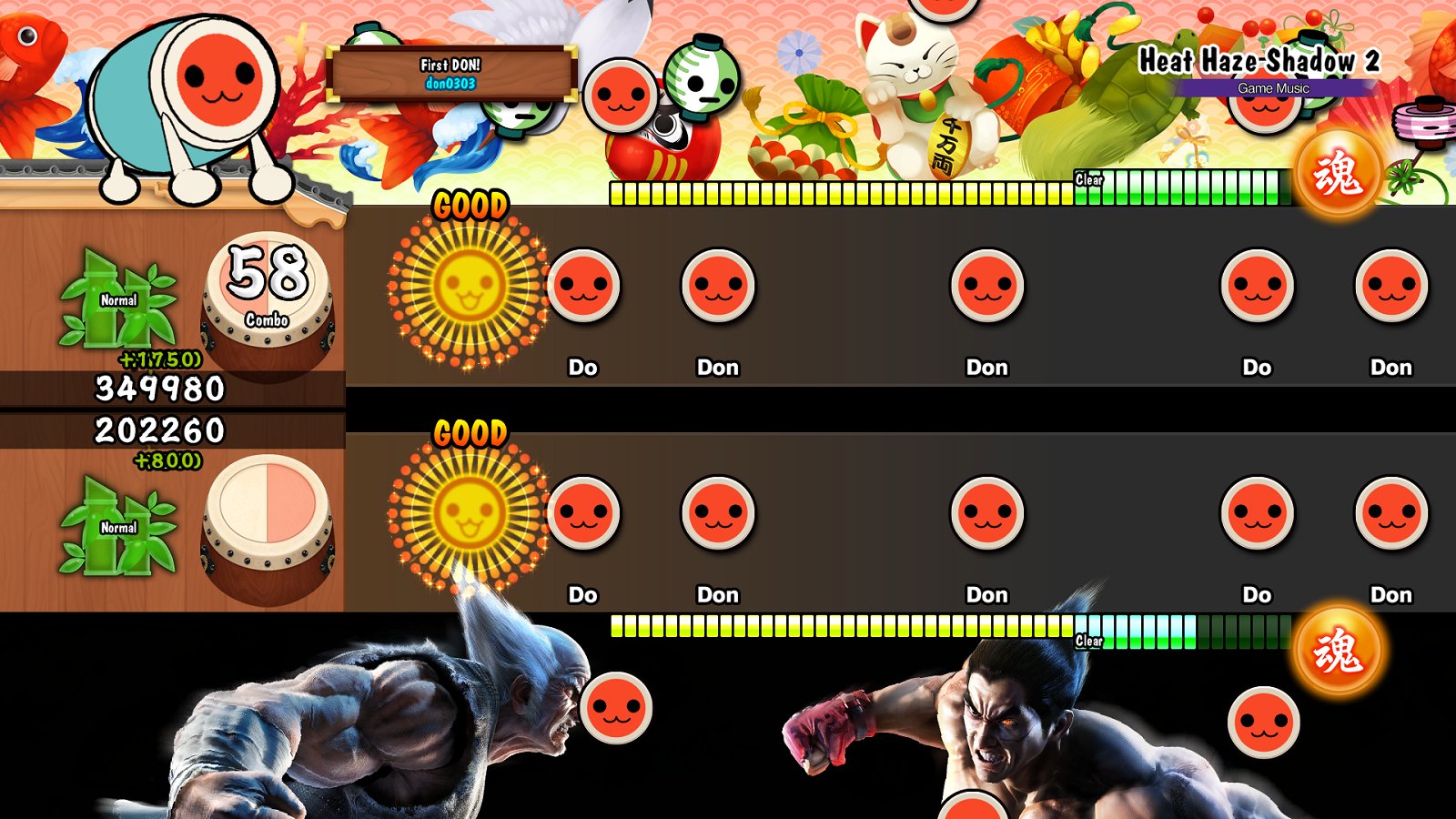 Taiko no Tatsujin: Drum ‘n’ Fun! for Nintendo Switch introduces motion-control play using the Joy-Con® controllers as drum sticks, giving players the classic arcade experience from the comfort of their own home. With platform exclusive characters, such as Kirby from Kirby® and Squid from Splatoon® 2, and 20 mini-games that can be played by up to 4 players, Taiko no Tatsujin: Drum ‘n’ Fun! offers everyone a new way to play with friends and family!

Taiko no Tatsujin: Drum Session! for PlayStation 4 system plays to the competitive side of Taiko no Tatsujin and offers Ranked Mode, where Taiko players around the world can compete against each other through ghost data. Players can also unlock customization items for the Taiko no Tatsujin mascot, Don-chan, and can play Guest Sessions with characters like Hatsune Miku®, Hello Kitty®, and many more! A special ranking event will be starting today and running through November 13th for Taiko no Tatsujin: Drum Session! Titled “Taiko World Fest”, players will be able to join in ranked sessions with players from around the world in celebration of the game’s release in the Americas and Europe. Players can earn bonuses by playing ranked matches against other players during this special event.

“Taiko no Tatsujin offers a unique rhythm game experience for video game fans in the West by introducing the Japanese taiko drum to many who may be unfamiliar with it,” said Stephen Akana, Brand Manager for BANDAI NAMCO Entertainment America Inc. “The game comes alive with a colorful cast of adorable characters and wide range of catchy music.”