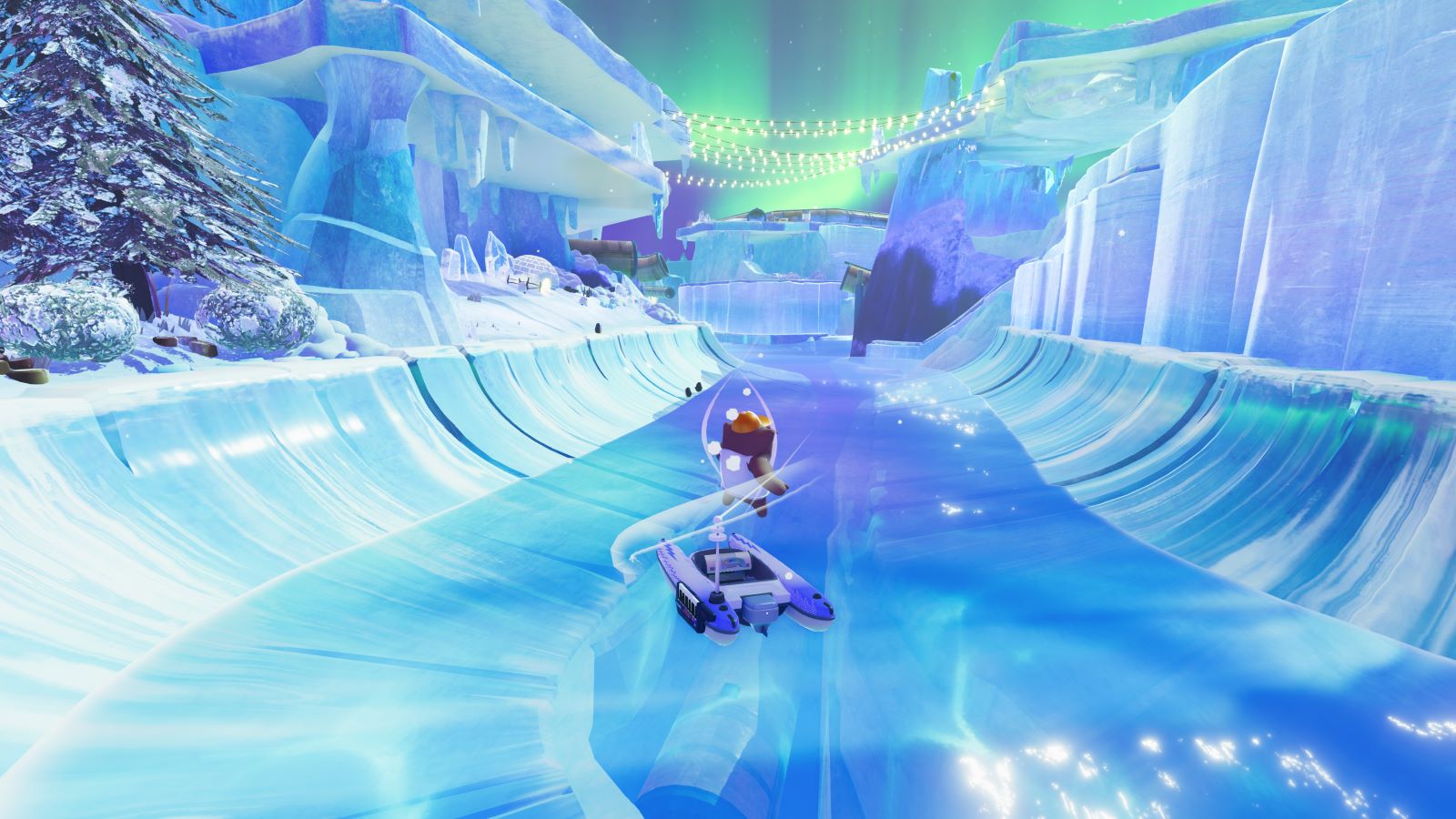 Today, Funktronic Labs have brought their 80’s inspired hit to Xbox One and Xbox Series S/X. The first of its kind, Wave Break lets players grind and kickflip via boat instead of the traditional skateboard. Players have plenty of gameplay options as Wave Break features a single-player campaign, online multiplayer, and a custom park creator. Wave Break is available today for Xbox consoles, with a 15% launch discount.  Learn more about Wave Break down below:

Funktronic Labs is thrilled to announce the launch of their skateBOATING game, Wave Break, on Xbox One and Xbox Series S/X. Wave Break is rated T for Teen, and will retail for $19.99, with a 15% off discount at launch.

–ONLINE MULTIPLAYER: Compete to be the best flippin’ champ in online ranked matchmaking, or group up with online friends in custom game modes.

–MULTIPLE GAME MODES: Compete for high scores in Trick Attack, battle it out in Deathmatch, or practice and refine your skills in Free Play mode.

–PARK CREATOR: Create the park of your dreams using our advanced in-game Park Creator! Create and edit ONLINE with friends, or do it solo for super-focus.

–CUSTOMIZATION: Unlock hundreds of custom clothing for maximum stylin’, as well as tons of decals and decorations for your boats. Upgrade stats and unlock gear as you play and earn money.

–STREAM SAFE SOUNDTRACK: Vibe out to Wave Break’s fresh and 100% stream safe soundtrack featuring original songs from some of the best synthwave artists in the scene like Timecop1983, Kalax, and many more!