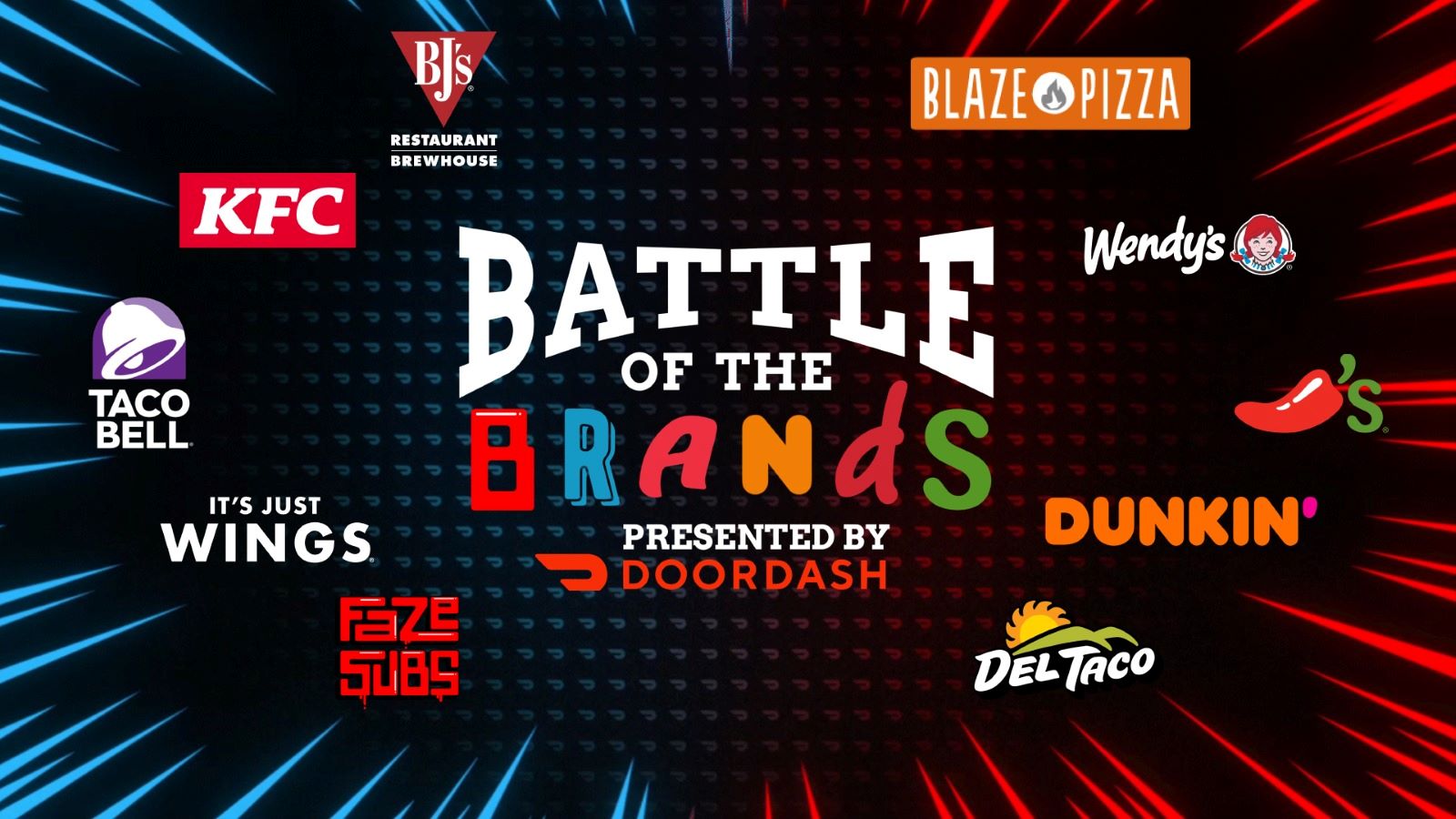 Today DoorDash announced the “Battle of the Brands” tournament will be livestreamed on Twitch this Saturday, September 24th thru Sunday, September 25th. The recently released hit fighting game MultiVersus will serve at the battleground for the 10 streamers participating. Each streamer will be representing a different chain restaurant such as Wendy’s and Taco Bell.  Before and during the livestream, viewers will be able to take advantage of a few different DoorDash promotions to satisfy their hunger. You can get more details about the “Battle of the Brands” event as well as the specific promotions offered down below:

Grab a controller, your favorite bite to eat, and check your internet connection, because DoorDash is amped to present “Battle of the Brands” on Twitch – a two-day livestream MultiVersus gaming tournament, pitting 10 favorite national and regional restaurants like Taco Bell and Wendy’s against one another, each represented in game by a streamer of their choice.

Battle of the Brands will be hosted by Chris Puckett – a legendary broadcaster inducted into the Esports Insider Hall of Fame – on Saturday, September 24 from 6:00pm ET – 9:00pm ET and Sunday, September 25 from 6:00pm ET – 10:00pm ET. Chris will be joined throughout the event by Austy, watching and commenting on every strategic move by 10 leading streamers competing for fame and glory on behalf of their favorite restaurant:

The 10 streamers each representing a favorite national or regional restaurant will be playing MultiVersus – the new free-to-play platform fighter published by Warner Bros. Games and developed by Player First Games. MultiVersus features an all-star cast of iconic characters, allowing players to battle it out in fantasy matchups to take home the crown and some delicious prizes to accompany the bling. Day One of the tournament kicks off Round Robin style, with Day Two raising the stakes with a nail-biting Double Elimination.

Throughout Battle of the Brands, DoorDash will be dropping a total of one hundred $100 gift cards within the chat for viewers to have a chance to win** and enjoy as they root for their favorite team, plus Twitch will be providing 1,000 subscriptions to support their creators in the future. If individuals aren’t able to tune into Battle of the Brands, they can still enjoy limited-time promotions on DoorDash from their favorite brands including a free Pizookie® from BJ’s Restaurants and Brewhouse (promo code: PIZOOKIE)***, $3 off orders of $15 or more from KFC****, plus other sweet savings from Chili’s, It’s Just Wings, and more.

Leading up to Battle of the Brands, college students who sign up for DashPass for Students from ​​Monday, September 19 through Friday, September 23 will get $15 off one meal a day (once a day during the promotional sign-up period) from national and regional restaurants competing in the tournament.***** Imagine chowing down on Wendy’s on Wednesday, Del Taco on Thursday, and Dunkin’ on Friday until the tournament begins.

Fans can watch “Battle of the Brands” live on DoorDash’s Twitch channel and follow @DoorDashGaming on Twitter for tournament updates.

Stay tuned to Gaming Trend for all the latest gaming, tech, and entertainment news!