Want a card game that’s not a roguelite OR a deckbuilder? Hot Sauce Bread has heard you, and they’ve recently announced their card game Haste coming soon to Kickstarter starting May 18. The game will feature real-time strategic gameplay with simple gameplay that will take time to master, with a few new mechanics to stand out from the crowd.

Haste is a genre-bending card game that plays like no other. Unlike turn-based, collectible card games, Haste features real-time card combat and fast-paced decision-making.

Choose among nine unique heroes each with their own set of cards to build your team of three, leading to thousands of possible match-ups. Whether you throw out a light attack or lay a sneaky trap, we’ve designed Haste to be easy to learn, yet difficult to master. With our inventive mechanics, players will uncover layers of strategy without getting bogged down by complicated rules or walls of text. 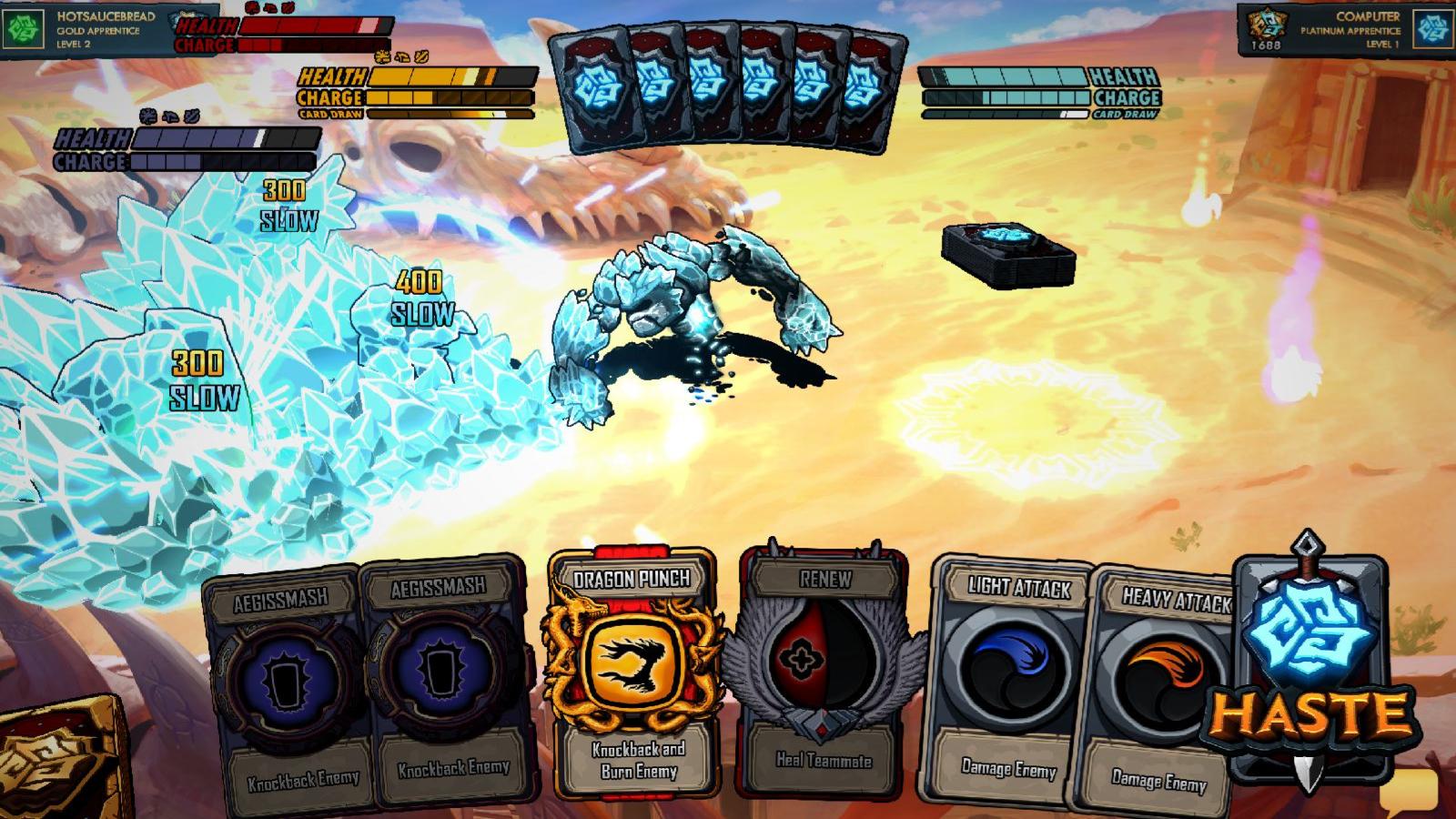