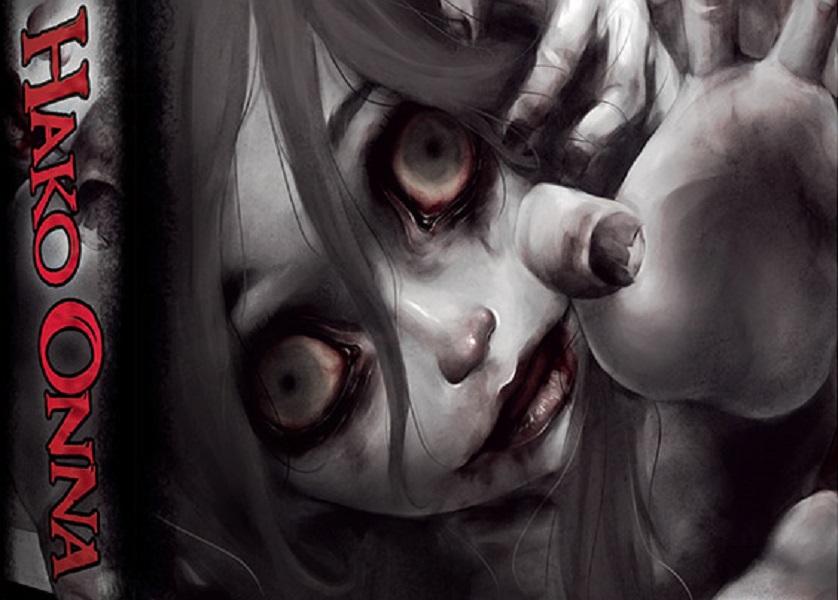 Just in time for the spookiest of seasons, board game Hako Onna will have one player assume the role of a spirit trying to take out the other players in a haunted house. To escape, the visiting players have to search the house for secret keys or successfully lay Hako Onna to rest.

This wicked shadow is attracted to sound, so each turn, players must stack a noise disc. The stack grows with each player’s turn, and if the stack collapses, or if a fifth disc is placed on the noise tile, the Hako Onna awakens and immediately takes a turn. The Hako Onna may secretly move throughout the house on her turn— travelling to an adjacent room tile and masquerading as one of the many objects scattered throughout the room by switching that story tile with her own tile. She may also draw power cards in order to use them later by “crying out,” revealing her general location in order to draw a new card.

After adding a noise disc to the noise stack, players may investigate adjacent rooms or search a story tile in their current room. These story tiles may contain helpful items, but they can also contain Hako Onna or one of her Hakobito servants which will immediately take the player out.

Hako Onna will be released in September of 2019 for $29.99 and support between 3-5 players. For more information, visit the official WizKids website.