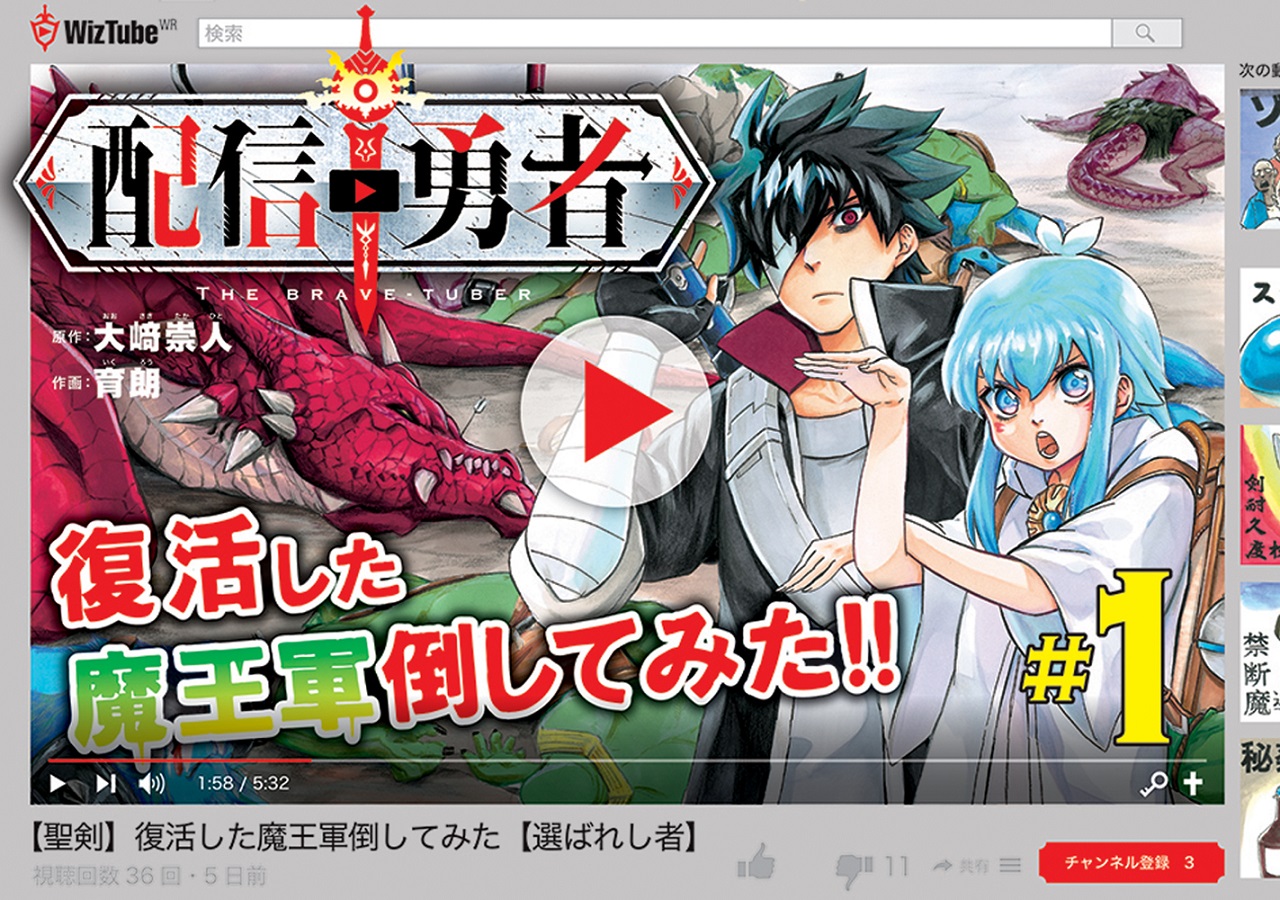 Seven Seas Entertainment recently announced that it has licensed the comedy manga The Brave-Tuber to be released in North America starting on September 10. The manga, created by Takahito Oosaki and Ikuro, mixes common fantasy elements with the characters’ insatiable desire for internet fame.

For the most part, Wisdaregidor is your typical fantasy world: monsters wreaking havoc, taverns packed with gung-ho adventurers, and a demon overlord looking to rule it all. But Wisdaregidor has one thing you’ll never find in Middle-earth: the Internet! Zane and Kuku are two adventurers trying to build a fanbase. The pair will do whatever it takes to get more subscribers for their streamed videos, even if it means taking on the demon lord himself!

Seven Seas will publish the manga series The Brave-Tuber for the first time in North America in print and on digital platforms in single volume editions. Volume 1 will be released on September 10, 2019 for $12.99 USA / $15.99 CAN.