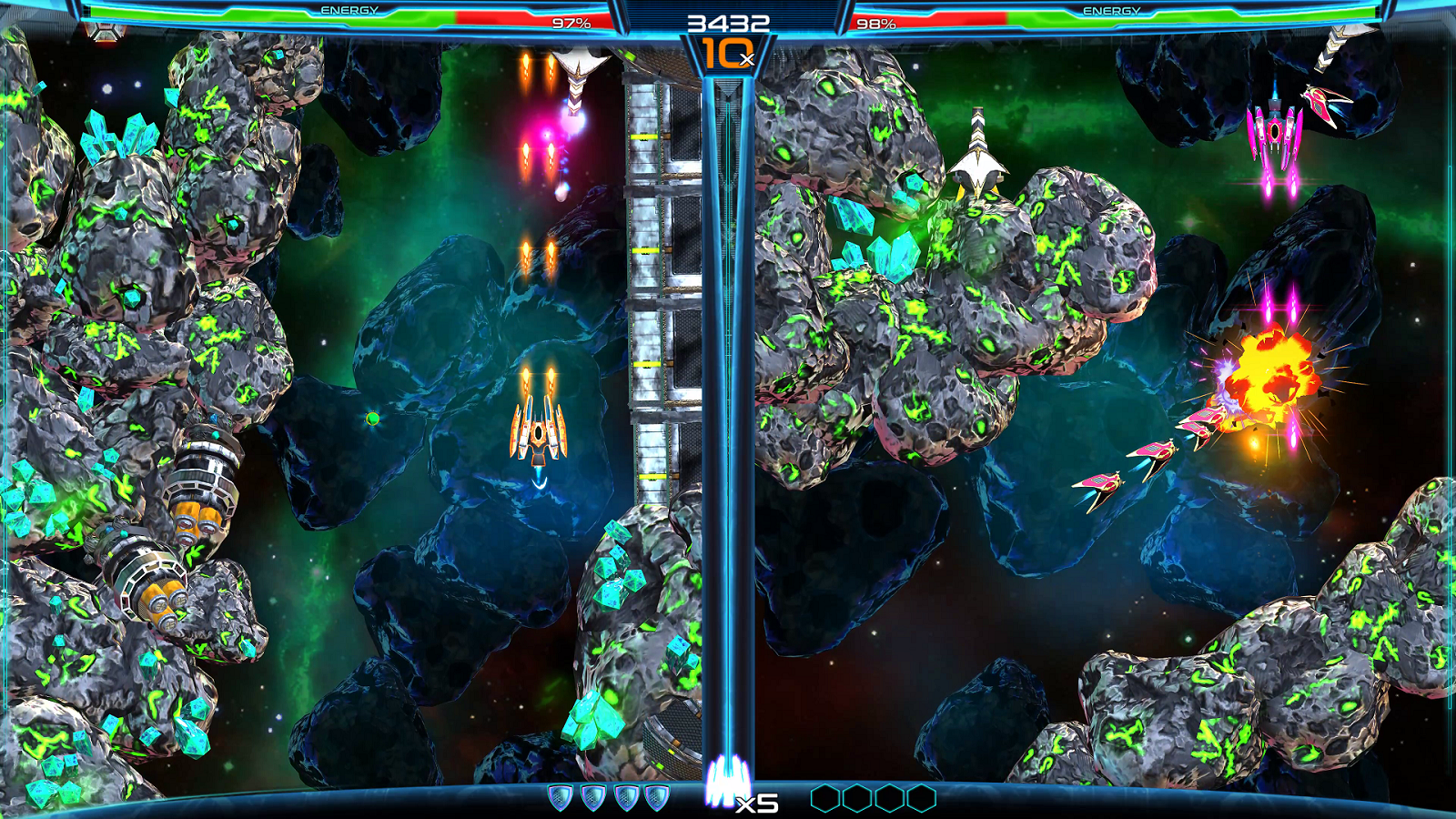 Today, online website Play-Asia announced that it has worked with 2AwesomeStudio to release a physical edition of the recently released Dimension Drive. Both a standard ($24.99) and limited (34.99) version are available for Nintendo Switch, with the standard edition open for orders until June 30.

Information about the game is as follows:

Dimension Drive takes the shoot’em up genre to the next level & challenges you to fight across two battlefields on one split screen. Instantly switch between them to dodge waves of bullets, reach secret areas, or surprise your enemies. Dimension Drive seamlessly combines shooting & puzzle mechanics in a fun comic book adventure taking place in a multi-dimensional universe! Take on a multi-dimensional alien race in your legendary space ship capable of teleporting across space!