Disco Elysium, a detective RPG that sounds just as strange and intriguing as its name, has set a release date for October 15. In Disco Elysium, you can lean into your role as an investigator to chase your quarry and bring justice to the city of Revachol, or ignore that altogether and chart your own path doing…seemingly whatever else you want, according to the game’s Steam page.

Intimidate, sweet-talk, resort to violence, write poetry, sing karaoke, dance like a beast or solve the meaning of life. Disco Elysium is the most faithful representation of desktop role playing ever attempted in video games.

Aside from its range of potential activities, the most interesting part of Disco Elysium may be its unique skill system, wherein the skills you choose affect both your character’s abilities and their personality. Your character’s skills actually talk to them, influencing their behavior in ways that are as likely to be destructive as helpful. The developers promise a cast of fully fleshed-out supporting characters to interact with as you make your way through the beautifully painted backdrop of Revachol, either helping them out or using them to further your own aims. 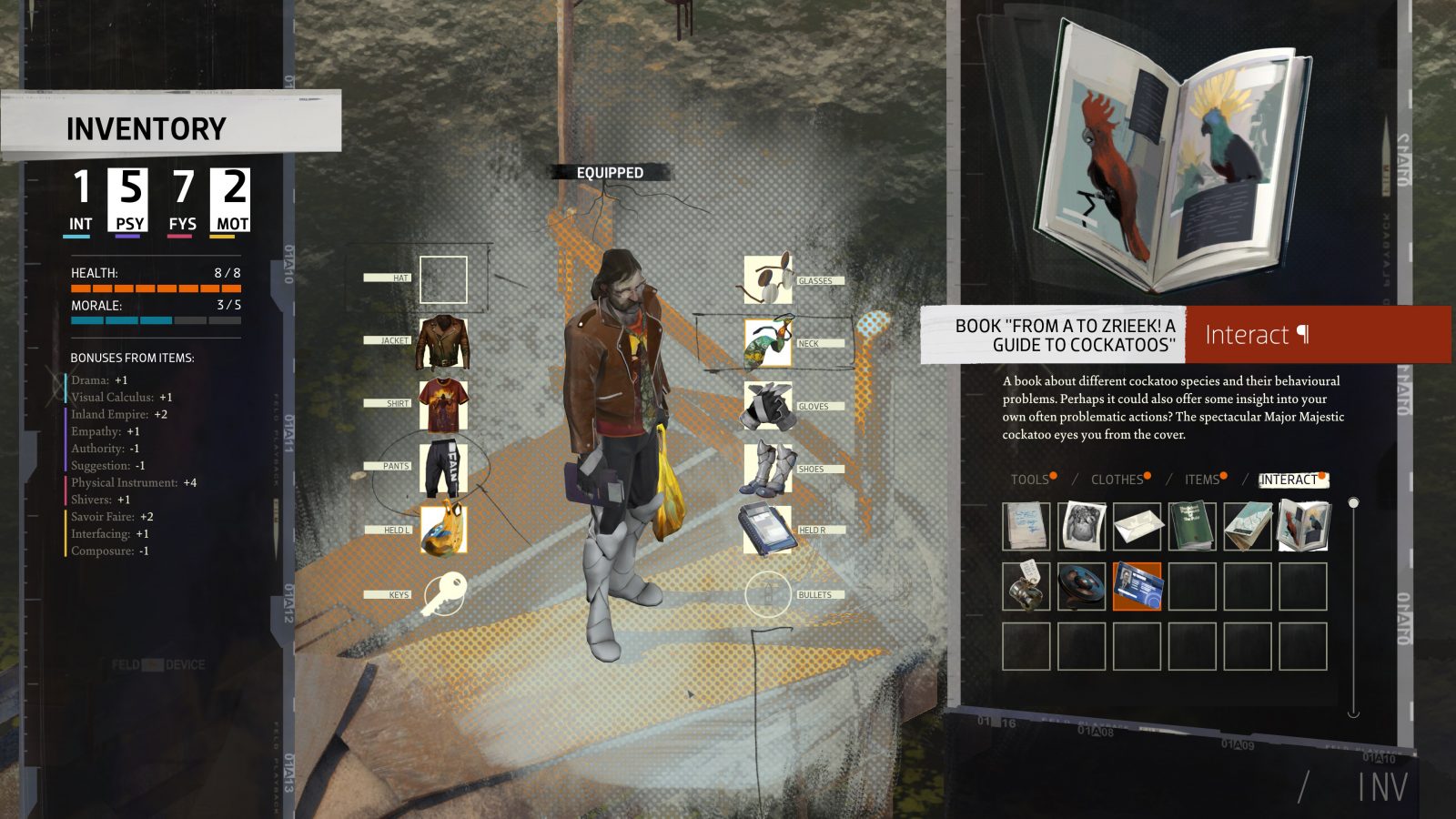 You may remember Disco Elysium by its equally bizarre original title, Truce with the Furies. By any name, it sounds like a wild ride heavily inspired by tabletop RPGs. It’s due out on Steam and GOG on October 15.