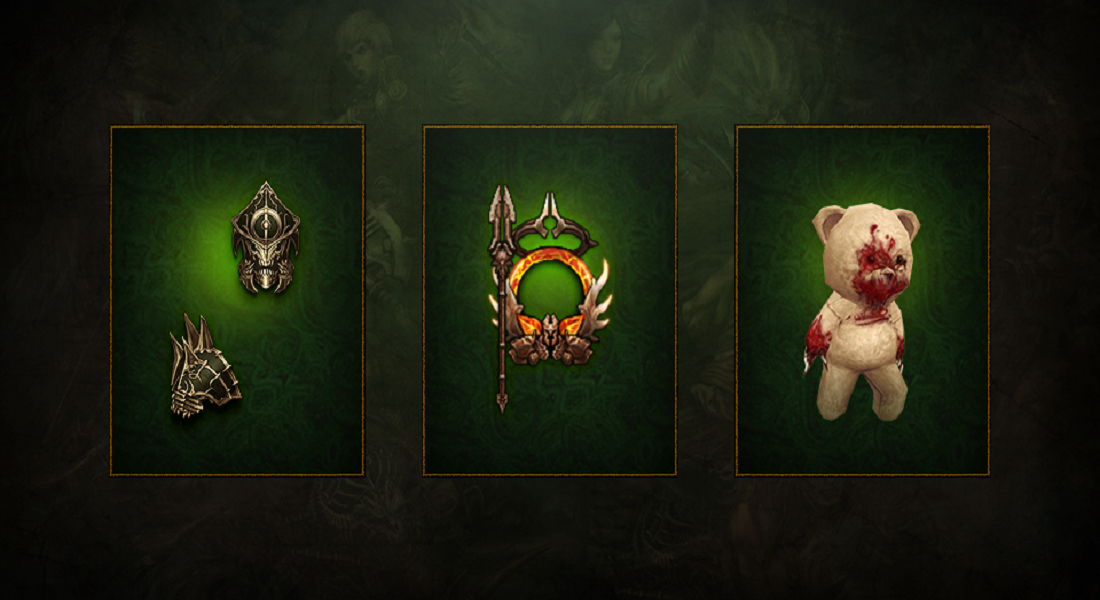 Today Blizzard announced that Diablo III has begun its next season: lucky number 13. This season will include new class set rewards, challenges, and more.

In season 13, players can once again receive a new class set from Haedrig’s Gift for completing chapters 2, 3, and 4 of the Season Journey. The set, of course, depends on the class of the character:

In addition to these class sets, players also have a chance to obtain a special pet, Blaine’s Bear. Players that have run through the Season Journey successfully in the past should have accrued extra stash tabs. For those looking to add more, they can do so by completing the following goals:

Season 13 of Diablo III has begun as of Friday, February 23rd. For more information on what’s included in this season, visit the official Blizzard website.