Today, SMG Studio announced that it will release its debut project OTTD: Over the Top Tower Defense for the Nintendo Switch on May 6. The strategic turn-based RPG will challenge players with defending earth from increasingly wacky foes.

Like explosions? Love giant, flying, undead sharks? Then OTTTD is the game for you for you! Alternatively, if you’d like a strategy game that cleverly blends TD & RTS genres for a tactical challenge across an action-packed campaign then OTTTD will scratch that itch.

We describe the game as “Spaceballs meets Starship Troopers”. But anyone under 30 has no idea what Spaceballs is (their loss) and legal said we wouldn’t be allowed to say that… so we fall back on “It’s an anything-goes TD game that doesn’t take itself seriously.” 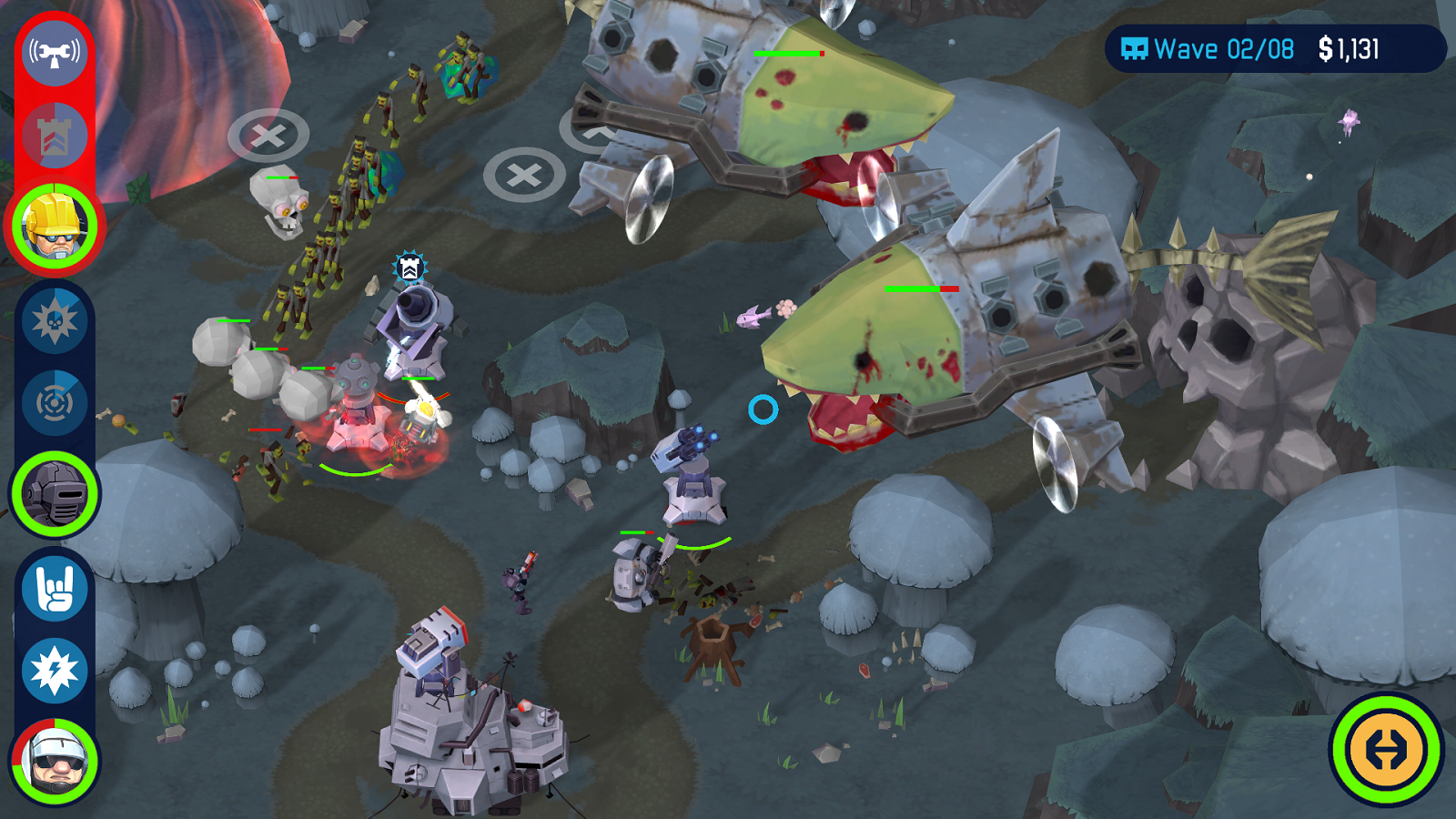 The year is 2136. You work for HEROCORP™, the universe’s 4th largest private military force.
Your job is to ‘preemptively defend’ the Earth against alien dimensions. As long as you complete the missions under budget and fill out the TPS reports in triplicate, everything goes smoothly.

Dimensional travel is facilitated by HEROCORP™ rift technology, which is kinda like Stargate but we’re hesitant to throw that in the mix when we’ve already mentioned Starship Troopers.

Is pre-emptively defending Earth ethical? Who cares when the money’s good!

SMG Studio has announced that its Switch releases will form to create one panoramic picture when purchase together. Check out the trailer above, read our review of Death Squared, and stay tuned for more news here on Gaming Trend.