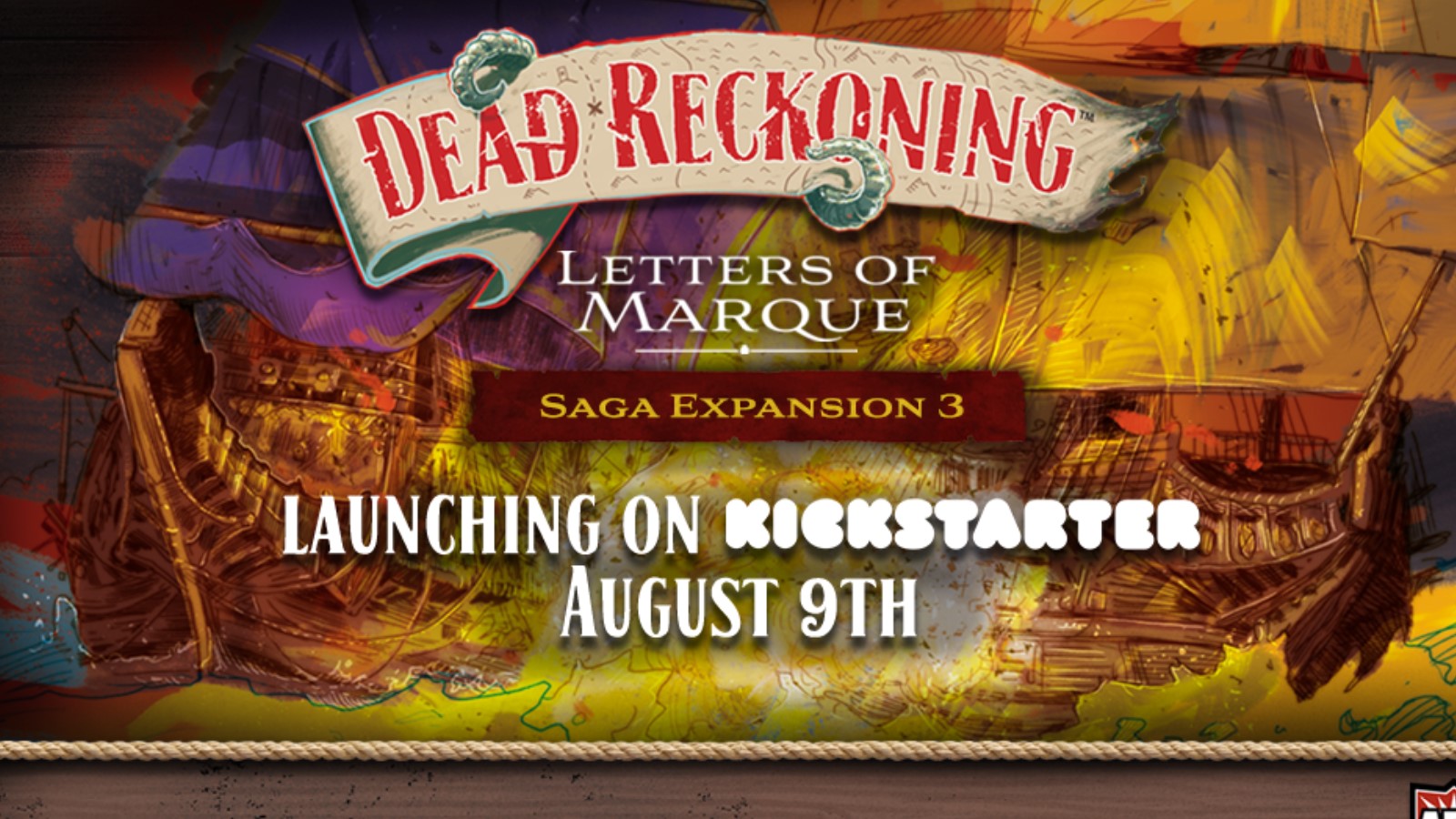 Dead Reckoning is a game of exploration, piracy, and influence based in a Caribbean-esque setting. Each player commands a ship and crew and seeks to amass the greatest fortune. They do this through pirating, trading, treasure hunting, and (importantly) capturing and maintaining control over the uninhabited but resource-rich islands of the region.

The game was funded through Kickstarter in August 2020, becoming the most successful campaign of AEG, with more than 8,400 backers and grossing close to $1 million! With 2 Sagas already published, Deep Legends and Salt & Thunder, AEG aims to bring even more variety to your tables and exciting gameplay moments! 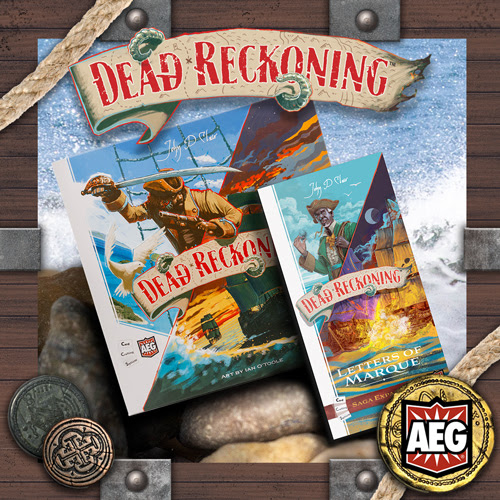 “The most important thing to understand about the Sagas is that they are essentially expansion content that gets gradually and thematically added to your game”, mentions John D Clair, designer of the game.

Letters of Marque is the third Saga for Dead Reckoning. After years of New Sea being the dominion of cutthroat pirates, opportunistic privateers, and daring merchant adventurers, the empires of the old world have turned their gaze toward its waters. Letters of Marque contains 2 distinct but interconnected sets of expansion content. The first is “Flags of the Old World”, a non-saga based set of content that introduces 2 empire boards, new resources, new ship upgrades and a new “Explorer” card for each player’s deck. The second is a new Saga which, like prior Saga expansions, contains encounters, mysteries, cards and content all to be discovered organically while playing the game.