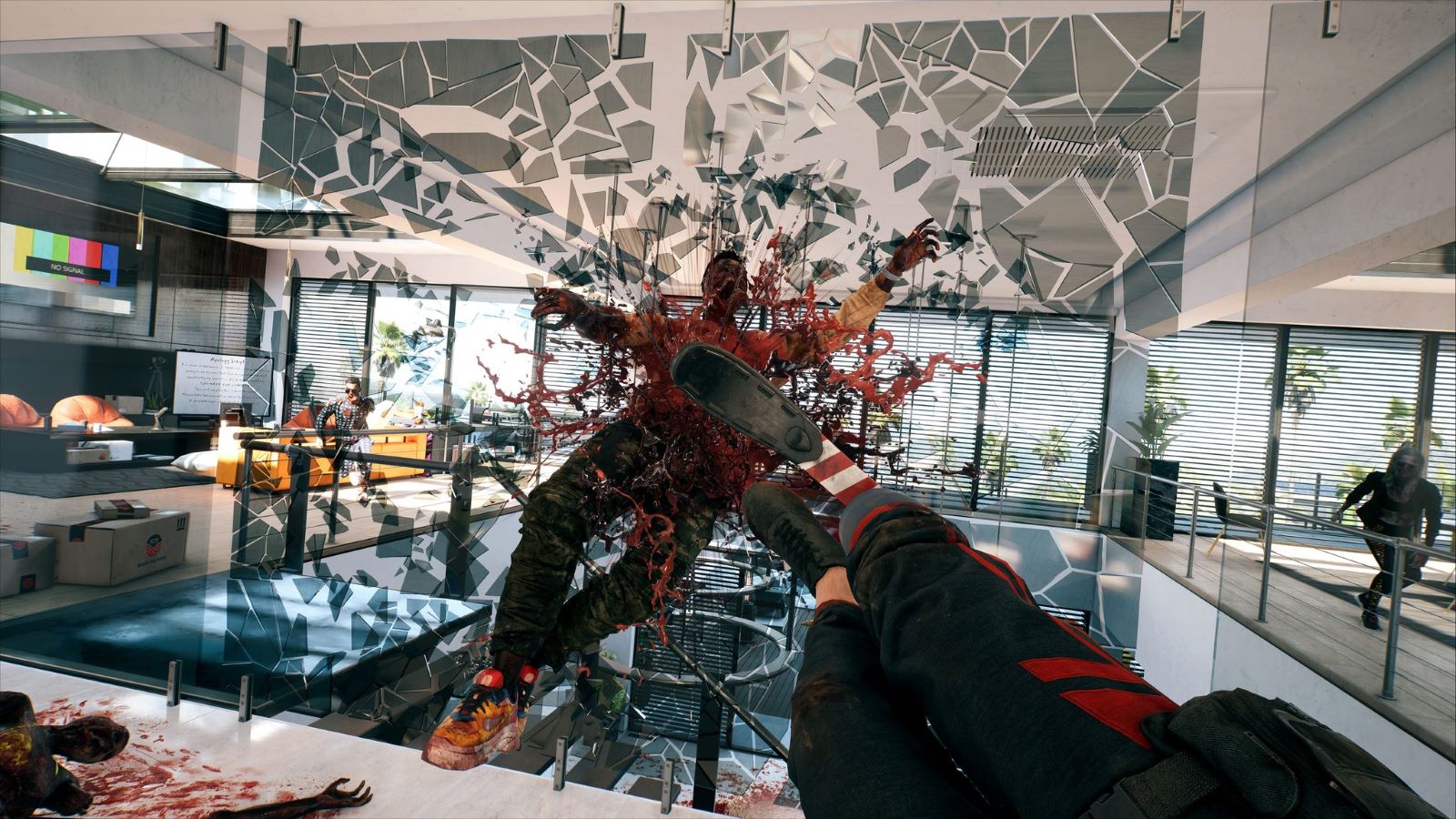 Deep Silver and Dambuster Studios hosted their showcase for Dead Island 2, and expectations were exceeded. A live-action short film included new gore-filled gameplay and more. Dead Island 2 sees our survivors of the outbreak searching for a haven in a not-so-ordinary Los Angeles. Stylish weaponry and entertaining combat return bigger and bloodier. We also saw a preorder reveal including the “HELL-A” edition. The short film as well as pre-order info are down below:

Today’s showcase featured a live-action pulp-adventure starring three fictional characters set in a similar universe to Dead Island 2. With the military long gone, we follow the fearless survivors as they search for a safe haven from the virus outbreak and zombie hordes. As they roam the supposedly abandoned mansion of a local video game and movie producer in Los Angeles’ Hollywood Hills, they’ll soon discover that nowhere is safe.

The new Dead Island 2 Welcome To HELL-A Trailer also premiered – narrated by Jacob and Amy, two of the game’s slayers, as they visit HELL-A. Witness Dead Island 2’s unique gore tech, upgradable weapon and combat system, and, of course, its gruesome zombies. Join the slayers as they take you on a tour around the stylish, sunbaked zombie-smashing playground of HELL-A.

Currently available to pre-order, the highly collectible Dead Island 2: HELL-A Edition is full of unique items from the game world to further the immersion of every Dead Island fan.

Players who pre-order any edition of Dead Island 2 will receive the “Memories Of Banoi Pack,” featuring two unique weapons that celebrate the original Dead Island, along with a special skill card.

Last but not least, a stunning, hand-painted resin collector figurine of Amy, posed chilling in the iconic Burger 66 diner after a zombie slaying session. This standalone premium figurine is available to purchase exclusively from Deep Silver at www.DeadIsland.com.

The Memories of Banoi Pack includes: