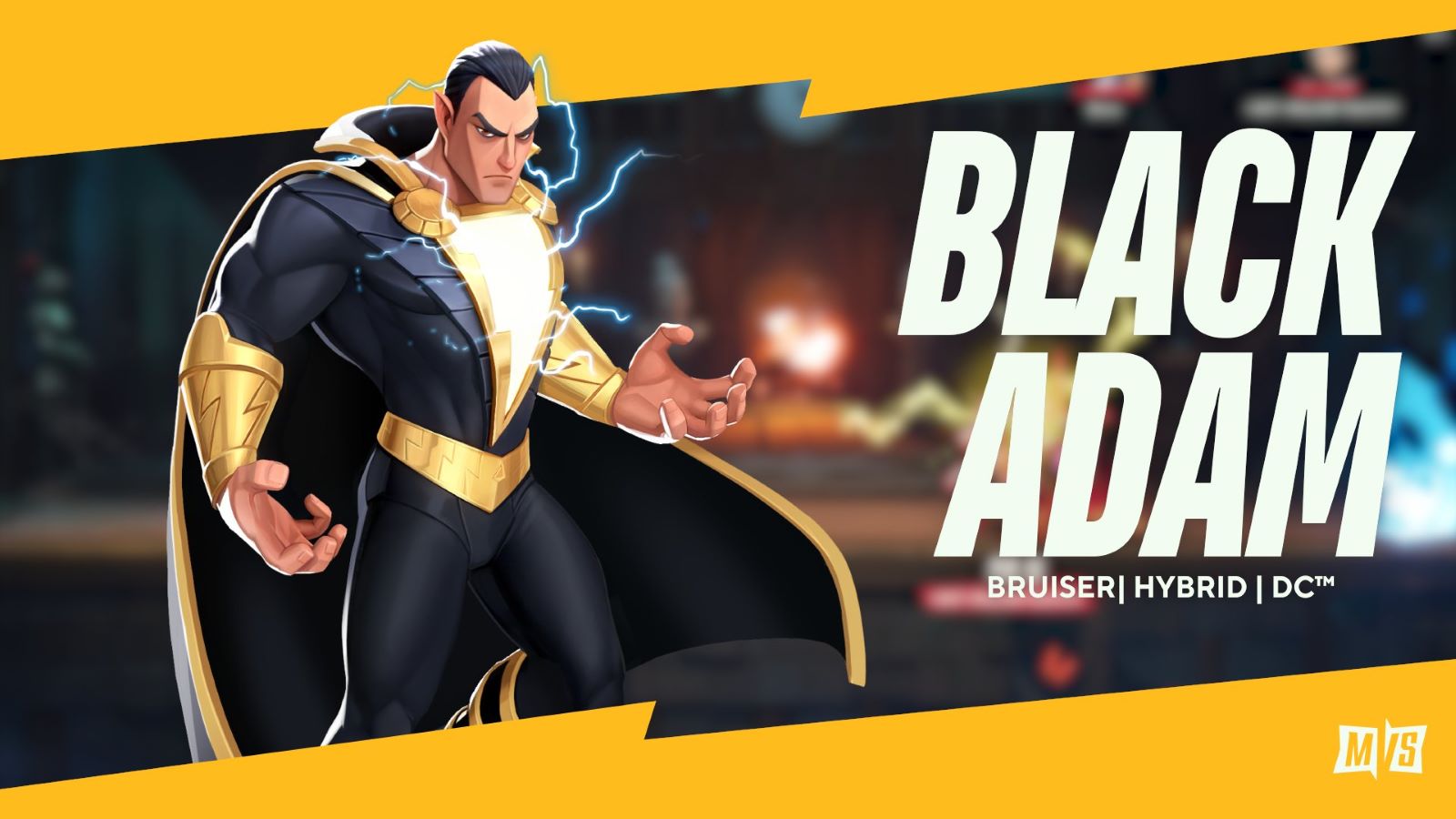 The power structure of Multiversus is about to change with the debut of Black Adam. As part of his kit, players will be able to utilize his Egyptian god powers to wreak havoc on the playing field. Additionally, an arcade mode was added as part of the update. More information in is in the announcement below as well as Black Adam’s gameplay trailer:

Warner Bros. Games has announced that DC’s Black Adam is now available as the latest playable character in MultiVersus, the free-to-play platform fighter developed by Player First Games. Known as the ruler of Kahndaq in the DC canon, Black Adam in MultiVersus is inspired by his comic book origins and arrives as part of Season 1 with a moveset that leverages his superpowers derived from the ancient Egyptian gods. His abilities as a Bruiser class character are on full display in a newly released gameplay trailer, featuring his thunder and lightning attack to shock opponents, electromagnetic forcefield to block out enemy projectiles and flying ability for aerial combat and off-stage versatility. The Comic Classic Black Adam character variant is also shown and is available now for in-game purchase.

Today’s update also adds Arcade Mode to thegame and features three difficulty levels and the ability to play with a friend to take on a gauntlet of A.I. controlled enemies to complete unique quests and earn rewards.