Stockholm Kartell has announced details about their upcoming release CY_BORG, a spinoff game based on and compatible with their apocalyptic heavy metal RPG MÖRK BORG. The Kickstarter campaign for CY_BORG goes live on November 13th, 2021! You can check out a few more details on CY_BORG below and be sure to view the trailer above:

THE WORLD ENDS ONCE MORE:

Stockholm Kartell announces the upcoming release of CY_BORG; a cyberpunk spinoff game based on and compatible with multi-award-winning apocalyptic heavy metal rpg MÖRK BORG. This is to noise, industrial and underground hiphop what MÖRK BORG is to doom and black metal. A deck-hacking, brick-throwing upheaval of a game. It will be funded on Kickstarter on November 13th 2021 with a planned release in 2022. Like MÖRK BORG, it is being published by Free League Publishing under the Free League Workshop sub-label for independently designed games.

CY_BORG is a game about climate collapse, out-of-control consumerism, the commodification of personal data, late-stage capitalism, transhumanism and senseless violence. It casts the players as cybernetic punks and misfits raging against a relentless corporate system, corrupt police forces, bloodthirsty street gangs and alien/nano-worshipping cults. The setting is the dystopian metropolis Cy, the only city that matters. Besides an introductory scenario, the 160-page core book is packed with tables to generate near-endless play; including missions, NPCs, locations, corporations and cults. 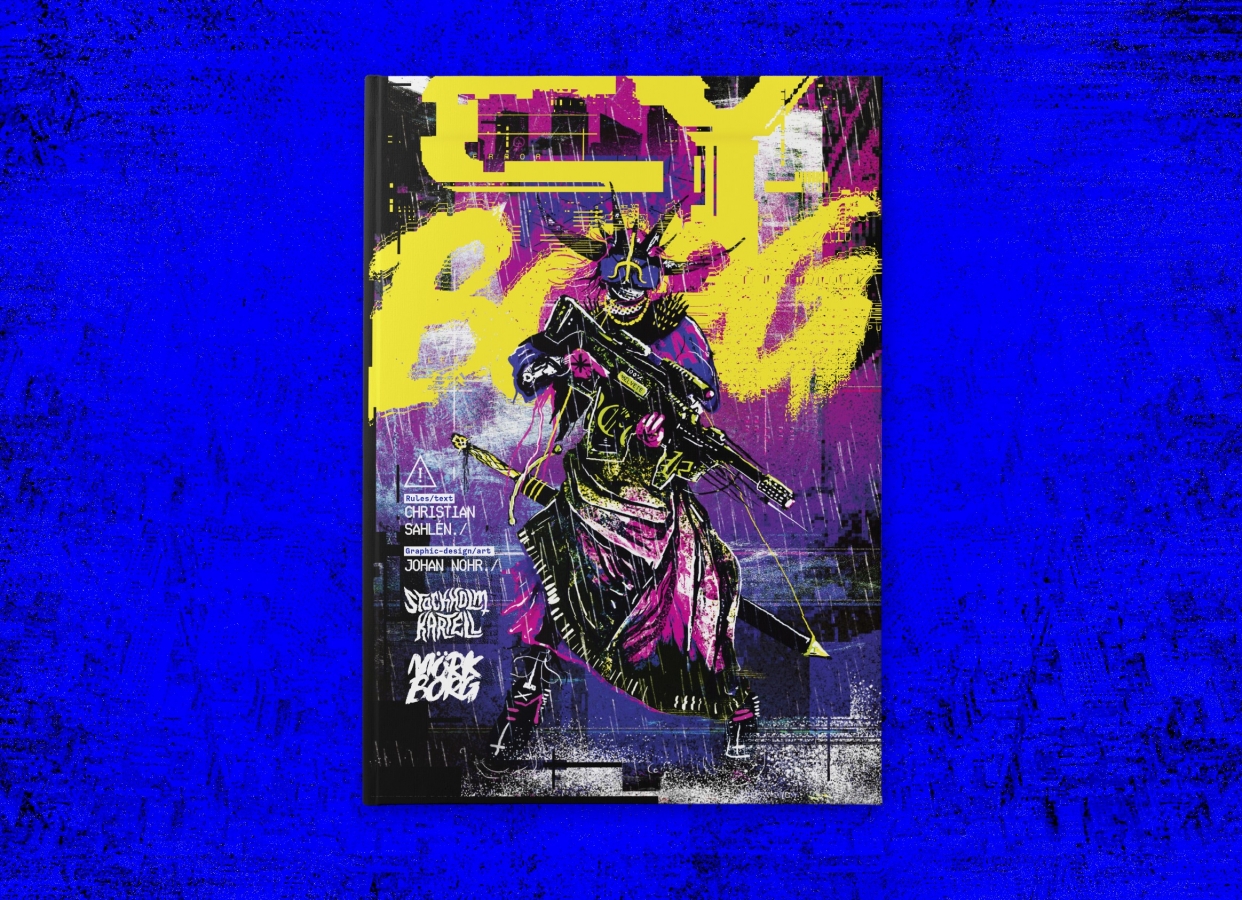 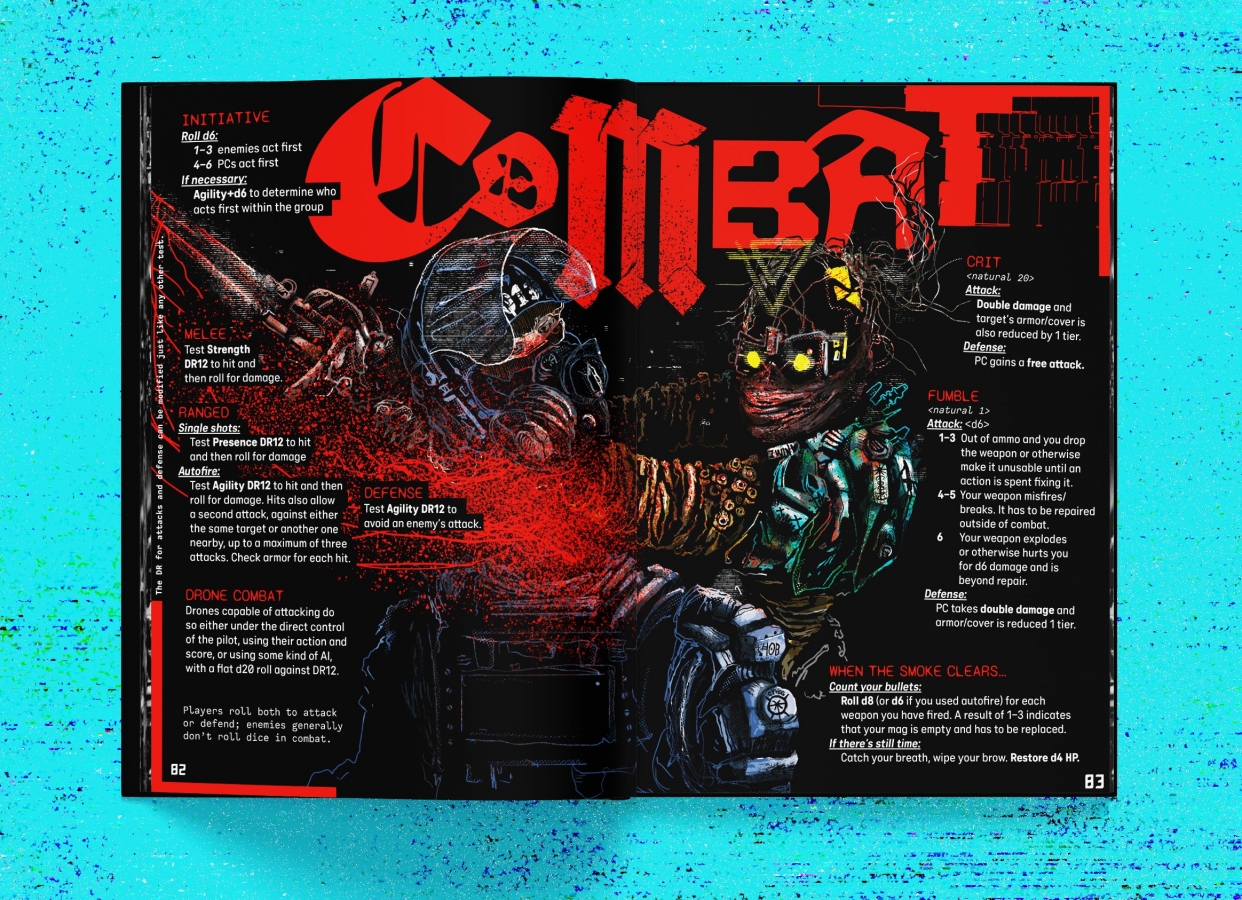 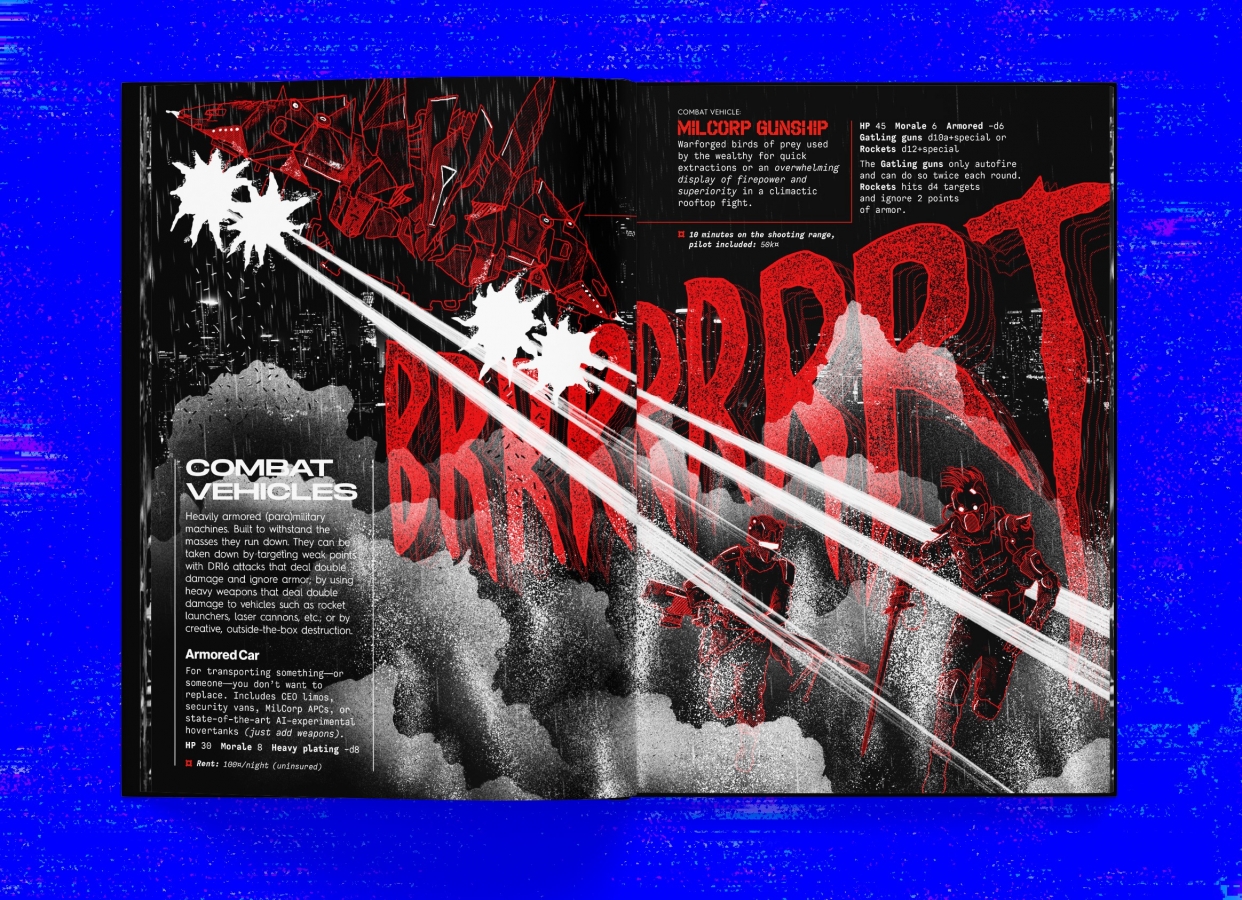 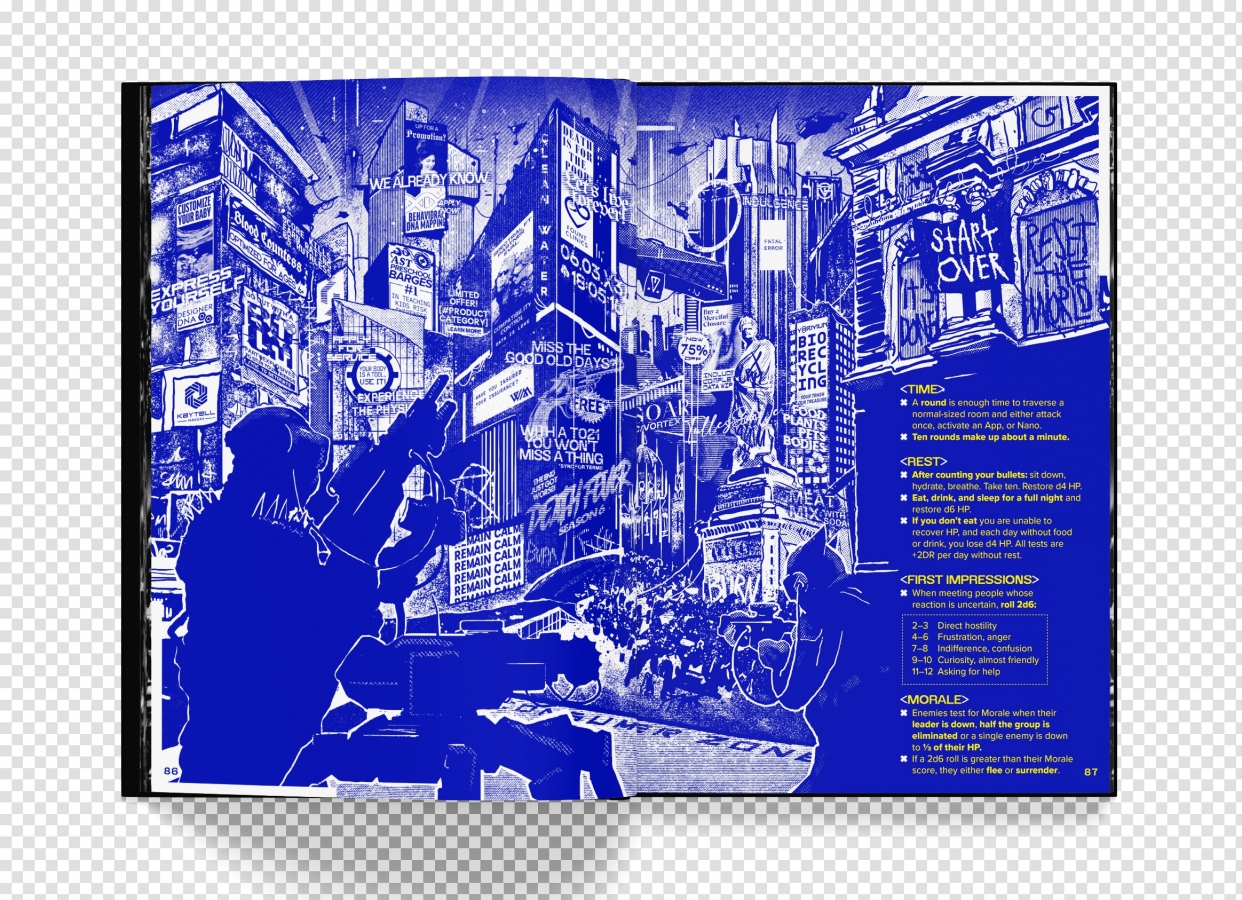 The game uses an updated version of the original MÖRK BORG rules, keeping the featherlight openness and simplicity while adding elements like autofire, cybertech and hacking. The six optional classes include the Shunned Nanomancer, the Burned Hacker and the Renegade Cyberslasher. Since its release in 2020, MÖRK BORG has fostered a vibrant, creative and productive community, and so far there are almost a thousand titles released for the game under its third-party license. All these are—with little effort—compatible with CY_BORG. Just give it a cyberpunk twist.

Similar to the apocalyptic prophecies in MÖRK BORG, a campaign-defining countdown mechanic will dramatically affect and shape the game world regardless of the players’ actions. In CY_BORG, this comes in the shape of Miserable Headlines; catastrophes and events reported by the corp-owned news feeds with varying regularity until the cataclysmic conclusion seven headlines in. Nothing is ever static. The city is a living—or rather, dying—place.

The Kickstarter campaign launches November 13. Sign up to be notified: https://www.kickstarter.com/projects/jnohr/cy-borg

Stay tuned to Gaming Trend for more info on CY_BORG and for all your gaming, tech, and entertainment news!