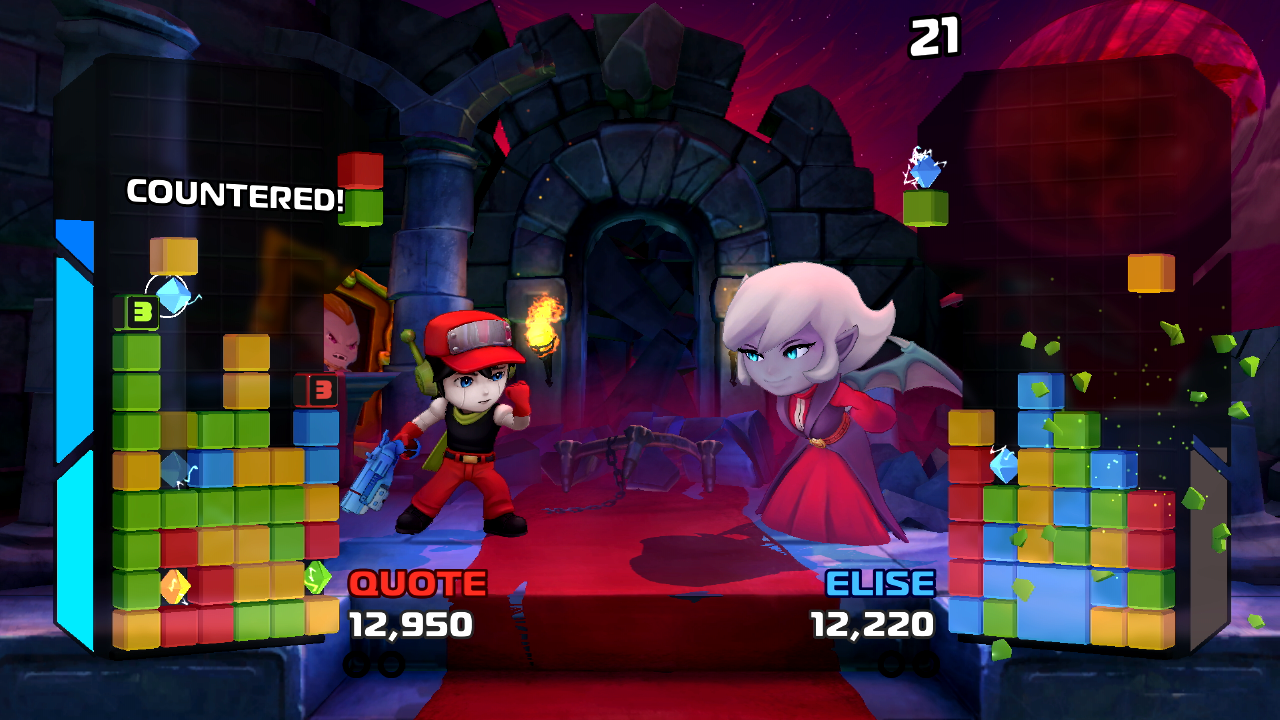 After being released on Nintendo Switch and PlayStation 4 back in may, Nicalis has released Crystal Crisis today on PC through Steam.

From the official press release:

Nicalis, Inc. today announced that Crystal Crisis, the cute and chaotic new color-matching combat game, is now available on the Steam platform. Developed and published by Nicalis, Crystal Crisis is an all-new puzzle-battle throwdown; players arrange falling Crystals into matching colors as they attempt to shatter them and inflict massive damage onto their opponents.

Crystal Crisis players can choose from 20 different combatants, including Nicalis favorites like Quote and Curly from Cave Story and Isaac from The Binding of Isaac, in addition to special guests like Astro Boy and Black Jack from Tezuka Productions. Each character has his or her own “home” stage, musical theme, voice-acted exclamations and special moves called “Bursts.” Players will need to build up their character’s Burst Gauge before they can deliver a powerful Attack Burst or improve their own Crystal grid with a Defense Burst.

A variety of single-player gameplay modes (including Story, Arcade, Tag Team, Survival, Training and more) accentuate the battle options, while local and online multiplayer functionality give challengers the opportunity to play against friends, family members and Crystal Crisis fighters worldwide. The onscreen Crystal colors can be configured to make the game accessible for players with color blindness.

The Steam version of Crystal Crisis adds several new features that were not available in the previously released console versions of the game, including voice chat for online play. Players can also change the level of graphic detail (low, medium, high, ultra) to achieve an optimal gaming experience.

Crystal Crisis for Steam is available now as a digital download. All three digital versions of the game (Steam, Nintendo Switch™ and PlayStation®4) are now price-matched at $19.99.

Crystal Crisis is available digitally through Steam, the Nintendo Switch eShop, and the PlayStation Store and physically on Switch and Playstation 4. You can read our review here.