Röki, which garnered great reviews upon release on the Nintendo Switch and PC, is finally heading to the PlayStation 5 and the Xbox Series X. In Röki, players taken the reins of Tove as she fights to save her family. The PS5 and Xbox Series X versions feature a number of graphical upgrades, including 4k and 60 fps support. Check out the trailer above and details below:

LONDON – Oct. 7, 2021 – Award-winning narrative-adventure Röki, from indie developer Polygon Treehouse, is debuting on PlayStation 5 and Xbox Series X|S on Thursday, Oct. 28. Nominated for best ‘Debut Indie Game’ at both The Game Awards and Baftas, players will finally be able to explore the breathtaking locales, uncover ancient mysteries, and experience this dark, yet touching tale on PlayStation and Xbox consoles at an all-new level of graphical fidelity with up to 4K and 60fps support. 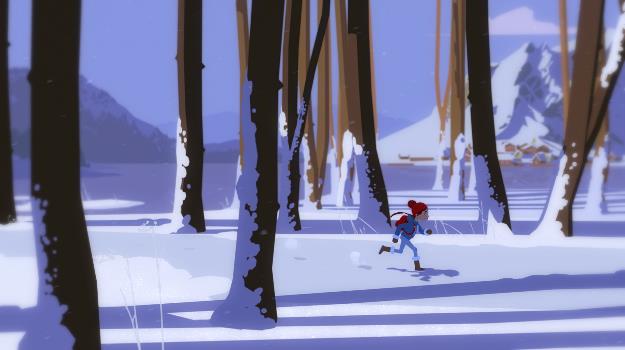 From publisher United Label, Röki follows the daring Tove, who must embark on a perilous journey into a mysterious and long-forgotten world filled with strange mythical creatures to save her family. Inspired by Scandinavian folklore, the game features lovingly crafted art design, compelling, interwoven puzzles and a dynamic and interactive environment. Players will also be immersed in the rich and imaginative story filled with themes of love, isolation and overcoming loss.

Röki is an adventure game for ALL gamers – with its non-violent gameplay, accessible controls and universal themes. The game is designed uniquely to pose a challenge, but to also offer a helping hand when adventurers need it. A truly modern take on the adventure game genre, the latest trailer for Röki showcases the stunning visuals and distinct gameplay that await console players later this month.

Experience Röki on next gen consoles at an all-new level of immersion with up to 4K and 60fps support.

Join Tove on a fantastical journey to save her family; one that takes her deep into a long-forgotten world of folklore, filled with strange locations and even stranger creatures.

Explore a living fairytale, solve ancient puzzles, and travel deeper through the icy land to learn the truth.

Immerse yourself in a rich, beguiling Northern world of mystery and monsters, brought to life by Roki’s signature graphical style.

Solve the riddles of the wilderness – Röki is a game of brains not brawn.

Uncover a tale of tragic loss, as you chart your path to redemption.

Stay tuned to Gaming Trend for more info on Röki and for all your gaming, tech, and entertainment news!