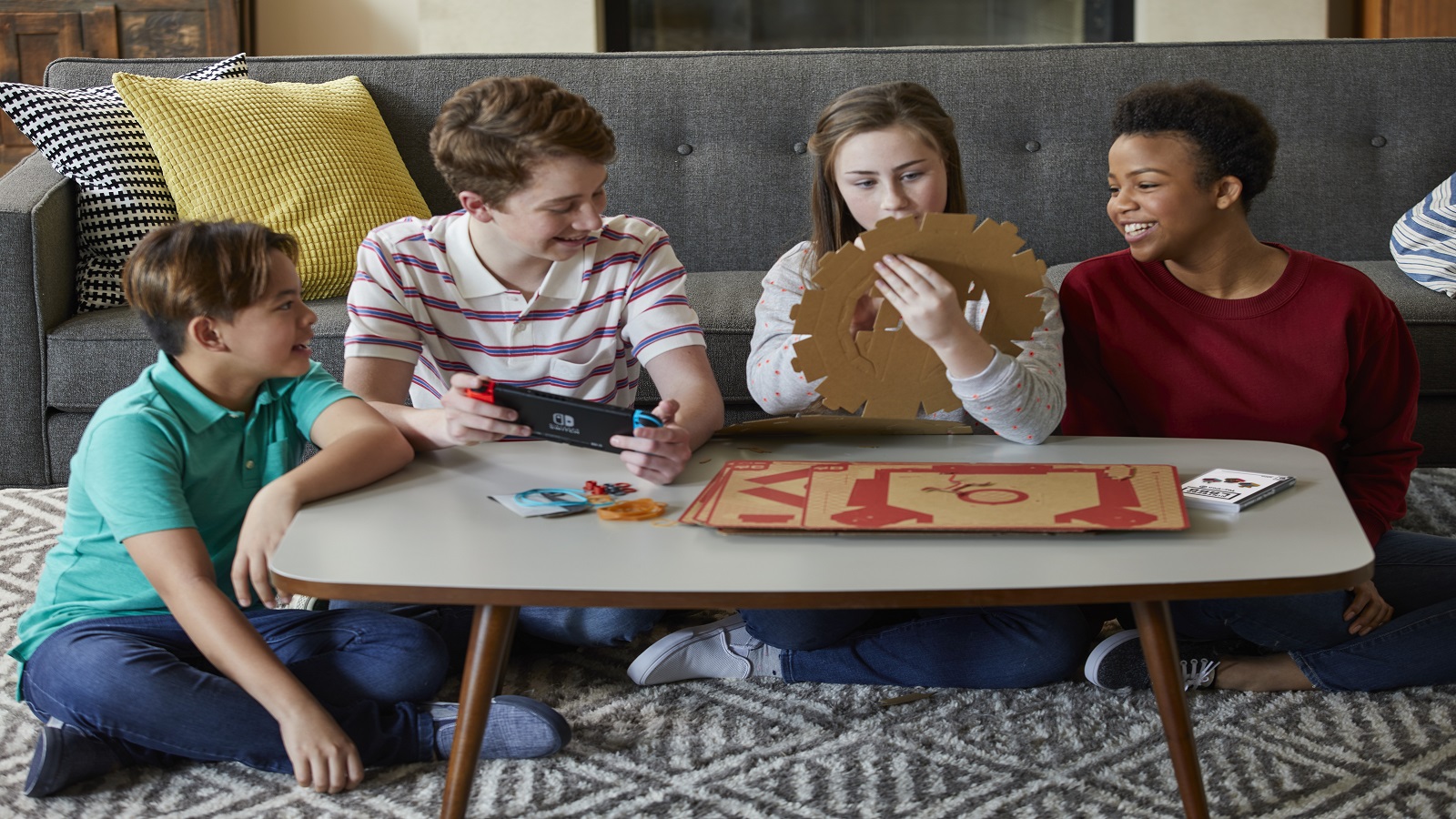 If you or your loved ones have enjoyed April’s Nintendo Labo offerings, you’ll be happy to know that Nintendo has announced the Vehicle Kit to be released on September 14 exclusively for the Nintendo Switch. The package will include different tools that players can use to create vehicles like a car, a plane, or a submarine, as well as participate in all-ages activities that the whole family can enjoy.

Buckle up for a new adventure while sitting in the driver’s seat of a car, a submarine and a plane with the Nintendo Labo: Vehicle Kit, launching on Sept. 14. This new Nintendo Labo kit is designed to work with the Nintendo Switch system*, and contains materials to build a variety of customizable cardboard creations called Toy-Con, including a Car, a Submarine, a Plane, a Pedal, two Keys and more. By inserting one of the assembled Keys into any of the vehicles, players can enjoy a variety of fun games and activities. Changing between vehicles while adventuring is a cinch – simply pull the Key out of one and slot it into another to transform from an airplane pilot to a submarine captain!

Since its introduction in April, Nintendo Labo has inspired new ways to play by combining the family-friendly fun of DIY creations with the technology of Nintendo Switch. Nintendo Labo: Vehicle Kit will unlock even more ways for people to make, play and discover together, as they speed through races, battle cars equipped with extendable arms and explore a mysterious world. Each vehicle features its own controls and special moves, and with the second Key, players can even invite a co-pilot along on their in-game journey. Interacting with the assembled Toy-Con creations instantly translates into in-game actions to create a truly immersive experience – from pulling the cord on the Car to pop a wheelie, pushing the button on the Submarine to launch a grappling hook and so much more.

As with every Nintendo Labo kit, Nintendo Labo: Vehicle Kit includes its own unique Nintendo Switch software designed to work with the included Toy-Con projects. Enjoy the fun of making each Toy-Con creation, playing immersive games with them, discovering how they work and even inventing new ways to play. All materials needed to complete each Toy-Con creations are included – no glue, tape, or scissors required!

The possibilities of Nintendo Labo: Vehicle Kit can be expanded even further with Toy-Con Garage. This intuitive and interactive programming tool is included with every Nintendo Labo kit and features a simple, visual interface and handy tutorials designed for players of all ages. Toy-Con Garage encourages players to experiment with the Toy-Con creations they’ve built or craft their own original designs using handy household items like paper cups, stickers and ribbon. With Toy-Con Garage, the possibilities of Nintendo Labo become almost limitless – players of all ages can enjoy hours of inventing, tinkering, crafting, playing and enriching fun.

Stay tuned for more news as the excitement “builds” here on Gaming Trend.