ForeVR Games, known for their casual VR sports titles, has announced that they are bringing Cornhole to the Oculus Quest 2. ForeVR Cornhole features more than 50 unique bags and boards and a YouTube powered jukebox with access to thousands of songs. You can pick up a copy today for an MSRP of $14.99. You can check out a trailer above and read below for more details:

“As we bring the best of casual gaming to VR, we knew we had to incorporate cornhole – the world’s greatest backyard game,” said Marcus Segal, Co-founder and CEO of ForeVR Games. “Even when you’re playing in one of our out-of-this-world environments – say, on the moon – our custom physics make the game feel hyper-realistic. It’ll bring out the same friendly competition you’ll find at a backyard BBQ or tailgate, and everyone – whether that’s your grandma or your old college buddy – will find themselves immersed in a world of fun.”

ForeVR games offer immersive experiences mixed with AAA quality that bring the best of IRL games to VR. As with ForeVR’s other hit games, Cornhole lets you celebrate wins with high fives and fist bumps and rock out to your favorite jukebox hits, just like you would in the real world. 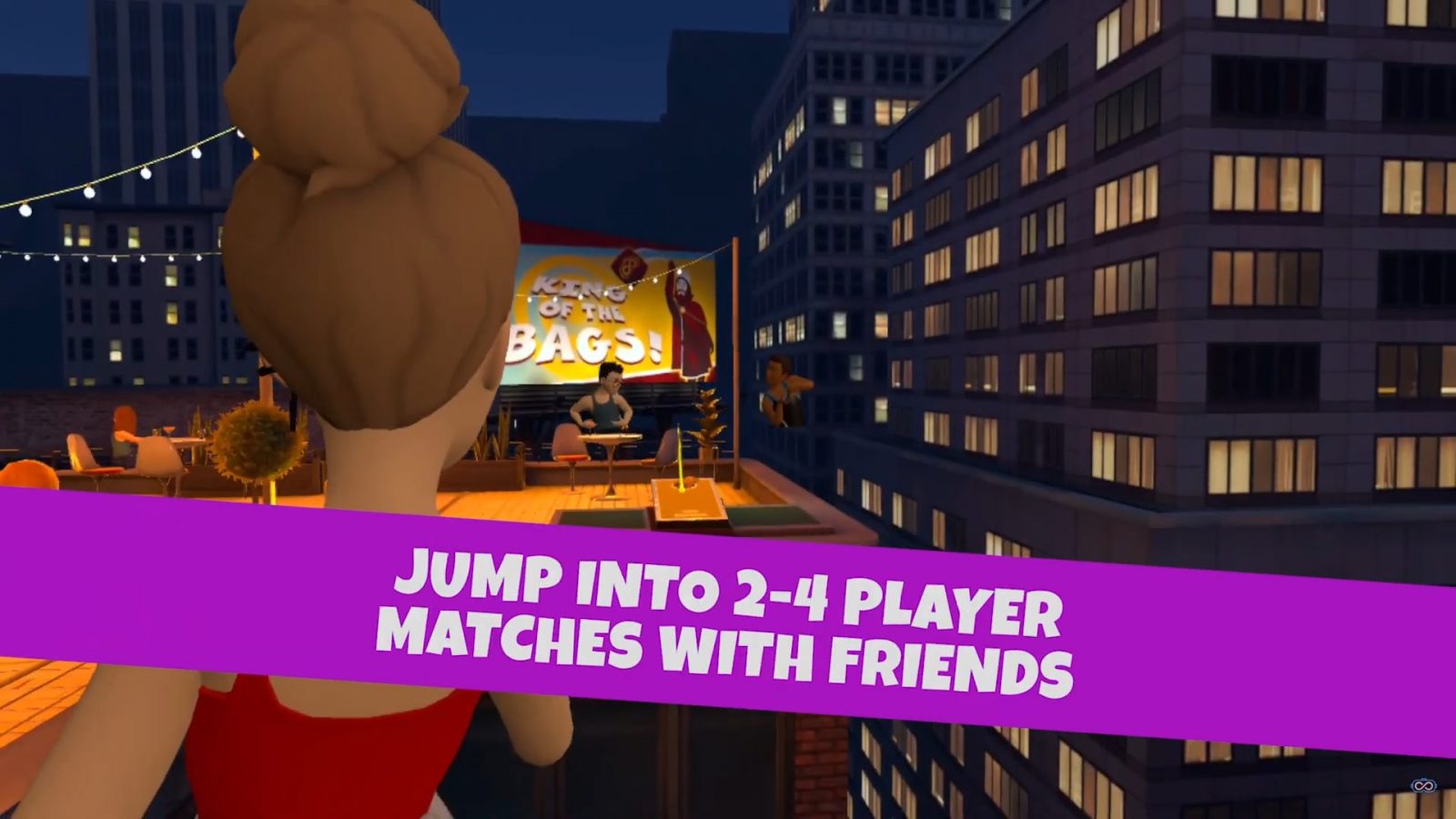 Features of Cornhole include:

ForeVR Cornhole is available in 22 languages, and players of all ages and abilities can participate since the game can be played seated or standing supporting single controller play.

To learn more about ForeVR Games and stay up-to-date on their latest releases, visit: ForeVRGames.com.