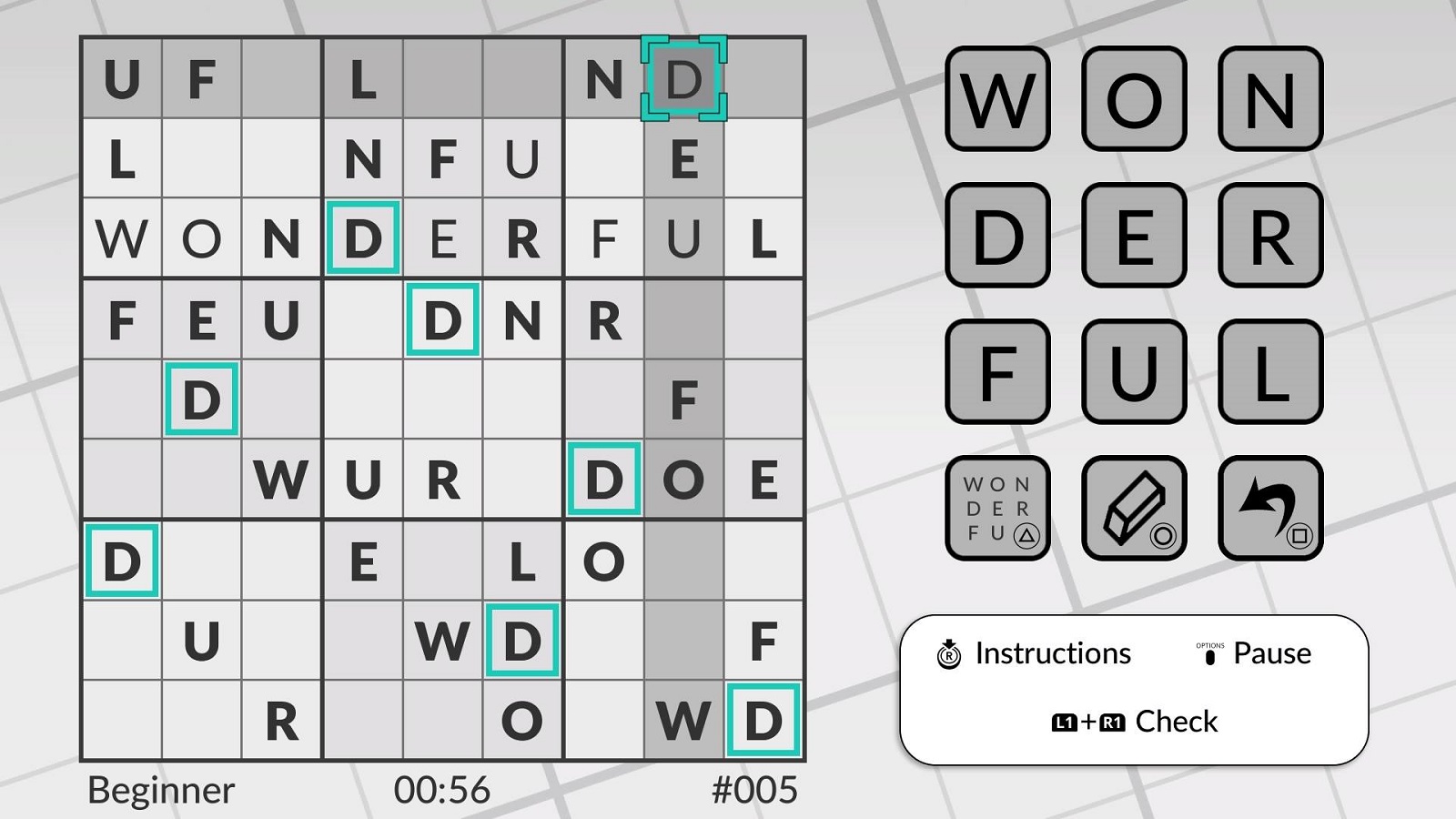 Word Sudoku by POWGI is a word-based twist on the classic logic puzzle game.

The core gameplay will be familiar to sudoku fans, but instead of using the digits 1 to 9, Word Sudoku is solved by placing nine different letters so that no row, column or grid section contains the same letter twice. When completed, each puzzle will reveal a different nine-letter word, spelled across one row or column of the grid. This can act as an additional hint, if needed.

Players can also switch the puzzle into “number mode” if they prefer.

Cross-buy is included so players can download the game on PS4 and Vita with one purchase. Players who complete the game will be rewarded with a platinum trophy.