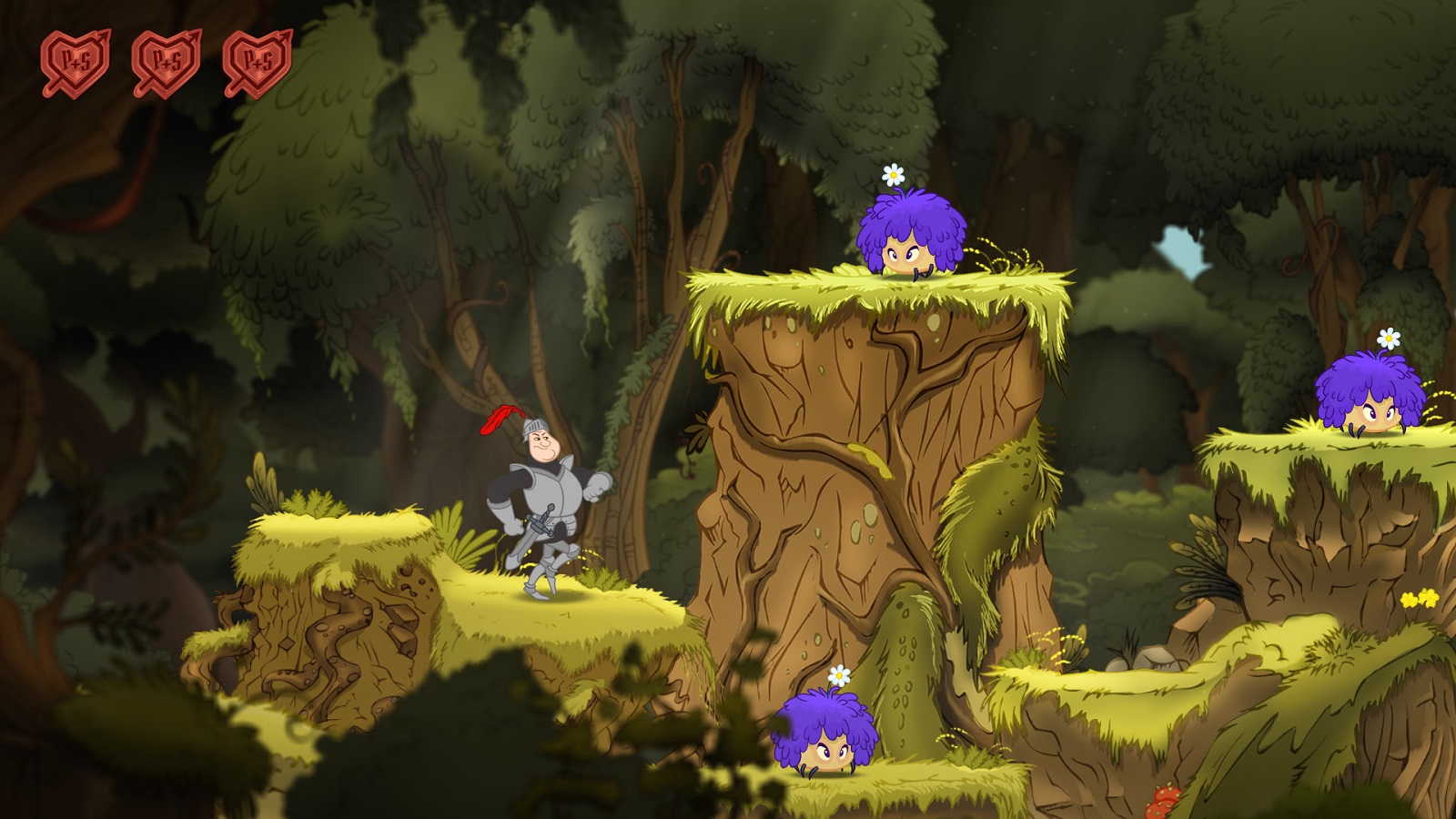 Indie studio GAMELAB has announced that its Kickstarter campaign for 2D platformer Sir Plump is now live. The campaign will be open until December 1 with a $50,000 goal, with an expected release of November 2019 for PC, Mac, PlayStation 4, Xbox One, and Nintendo Switch. The game is inspired by 90s Disney platform games and features a wonderfully wacky animation style.

Sir Plump is a 2D action platformer game exploring the gripping world of the Middle Ages with detailed animations in the footsteps of Disney classics. This is the first major game of GAMELAB and a passion project for the whole team.

As teenagers of the 90’s, we all loved to play those Disney platform games like Aladdin and Lion King. They were easy to pick up, had charm, yet presented some old-school challenge even for the most avid platformer fans. We would like to re-create this experience with detailed 2D animations and a hand drawn Fairy Tale world with funny characters, epic boss fights and a lot of humour.

Sir Plump will be released first on PC and Mac, but we’re planning to bring our unlikely hero to all major platforms in the future. But first we need the help of our new friends on Kickstarter to bring Sir Plump to life.

The campaign will run through December 1, with backers getting a copy of the game at the $20 tier (with a $15 early bird tier available). Stay tuned for more news here on Gaming Trend.