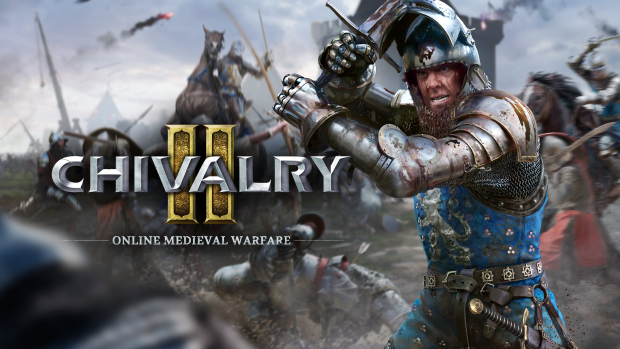 The ultimate medieval battlefield is here! Developer Torn Banner Studios, publisher Tripwire Presents, and global retail publishing partner Deep Silver are excited to open the gates to Chivalry 2, the highly anticipated sequel to the genre-defining first-person slasher Chivalry: Medieval Warfare. Following years of development and extensive play testing with the Chivalry community, Chivalry 2 is out now with Cross-Play support for PC (via Epic Games Store), the PlayStation®4 and PlayStation®5 computer entertainment systems, the Xbox One family of devices, and the Xbox Series X|S console systems.Chivalry 2 has an MSRP of $39.99 / €39.99 / £34.99 MSRP for the Standard Edition or $49.99 / €49.99 / £44.99 for the Special Edition, with an ESRB rating of M for Mature and a PEGI 18 rating.

“With the launch of Chivalry 2, we’re excited to have nailed our vision of creating the ultimate medieval battlefield game,” said Torn Banner Studios CEO & Creative Director Steve Piggott. “It’s all-out insane, epic 64-player online carnage that finally delivers to gamers the intensity of being in your favourite medieval movie battle scenes. Chivalry 2 pulls you right into the action, delivering the satisfaction of an incredibly deep combat system, the cinematic glory of sieging castles, the chaos of a massive wave of knights smashing into each other, and hilarious Monty Python inspired voice overs. We can’t wait to hear our fans roaring their battle cries on the battlefield.”

“When we started this journey two years ago, I knew that Torn Banner Studios would make a great first-person medieval combat game with Chivalry 2,” said Tripwire Interactive CEO John Gibson. “Now that the game is done, however, I am blown away at what they have created. Chivalry 2 will redefine first person melee combat, and it has been a pleasure for Tripwire Presents to support Torn Banner in making this incredible game a reality.”

Players who participated in theChivalry 2 Alpha and Closed and Open Beta programs can look forward to even more features and maps to discover and explore with the game’s full release, including the all-new Team Objective map Escape from Falmire and Team Deathmatch/Free-for-All map The Fighting Pit.

*Escape from Falmire (New Team Objective Map): Agatha launches a surprise assault on a Mason prison in an attempt to rescue a war hero. Breach the city gates and release the prisoners before a final castle siege and daring rescue mission to free the Agathian Champion.

*The Fighting Pit (New Team Deathmatch/Free-for-All Map): Unproven warriors from both factions fight to the death in this trap-filled local arena made to entertain the local drunks.

*Stunning Cinematic Presentation: Massive improvement in visual quality, with an atmosphere that thrusts players into their favorite moments from epic medieval Hollywood action films. Brought to you on the latest and best game engine, Unreal Engine 4.

*Cross-Play Across All Platforms: Cross-Play smashes the boundaries between PC and console, allowing players to face-off on the battlefield together, regardless of platform.

*Massive Scale: Experience the chaos of epic medieval battlefields as 64 players clash with an intensity meant to capture the large-scale scope of “The Battle of the Bastards” from Game of Thrones.

*Choose your Fighting Style: Your arsenal expands with the new subclass system that provides more variety than ever before. Four base classes expand to various subclasses, an arsenal of unique weapons each with multiple visual variants, and new support items ranging from oil pots to barricades, supply crates and archer’s stakes.

*Hilarious Roleplay: Expanded Voice Overs and Emotes enable enhanced roleplaying abilities with many new voice characters as well as the return of the original cast and new animated emotes per character to taunt your opponent a second time!

*Refuse to Die: Keep fighting after losing a limb, being knocked down, disarmed, set on fire, filled with arrows, your shield broken, smothered in blood and still throwing punches from your knees. Bandages, revives and the new downed state allow you to support teammates and stay in the action until you’ve bled your last drop.

*Kitchen Sink: Battlefields are littered with dozens of items to interact with. Grab a chicken, set it on fire and throw it; kill a man with his friend’s head; improvise a new fighting style with pitchforks – or tomatoes.

Stay tuned to Gaming Trend for more information on Chivalry 2 and for all your gaming news!