You read that right! A welcome surprise came during today’s Nintendo briefing when they announced that not only was there a Castlevania Advanced Collection coming, but that it would release today! This collection contains all three iconic Game Boy Advance Castlevania games: Castle of the Moon, Aria of Sorrow, and Harmony of Dissonance as well as the 1995 SNES game Dracula X. As a huge fan of the Castlevania series, this was the biggest announcement of the day (sorry Kirby and Bayonetta). Check out the trailer above and the official press release below: 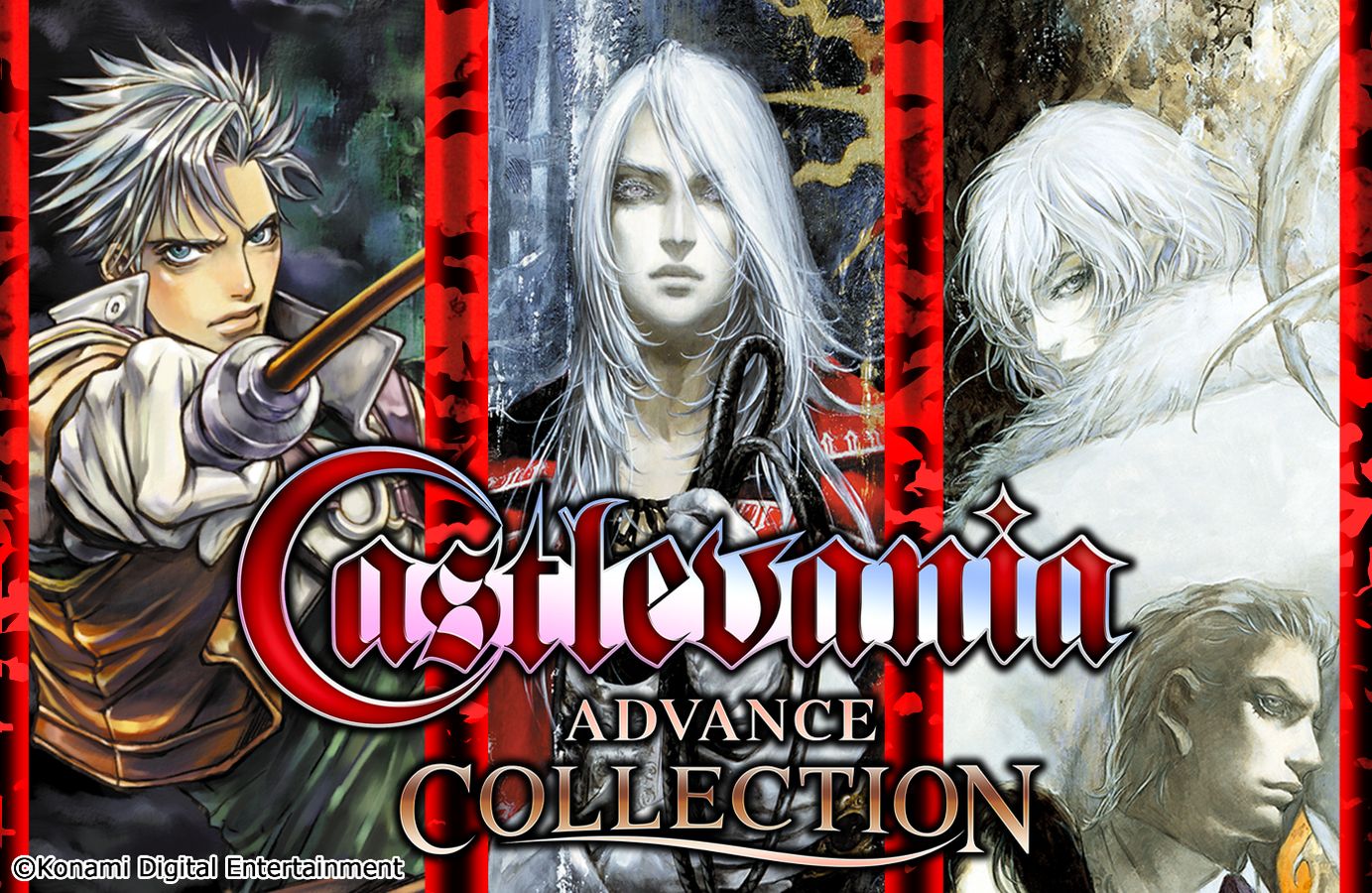 LOS ANGELES – September 23, 2021 – Konami Digital Entertainment, Inc., today announced that Castlevania Advance Collection is now available on Nintendo Switch™, PlayStation®4, Xbox One and PC via Steam. The collection features some of the most highly regarded fan favorite titles in the Castlevania franchise series, including: Castlevania: Circle of the Moon, Castlevania: Harmony of Dissonance, and Castlevania: Aria of Sorrow. Additionally, the collection will feature a special fourth bonus title: the 1995 SNES game Castlevania: Dracula X (also known as Castlevania: Vampire’s Kiss  in Europe).

The Development team for Castlevania Advance Collection at Konami Digital Entertainment commented, “We wanted more people to be able to experience the Castlevania series – in particular the action/adventure titles as they are all masterpieces that can still be enjoyed today. We recognized that there were few titles that could actually be played on today’s consoles, so we began creating Castlevania Advance Collection. We decided to make this release a multiplatform launch so that as many people as possible could enjoy these titles on their consoles.

The Castlevania series is celebrating its 35th anniversary this year, thanks to the support of its many fans and, of course, all of the people involved in its creation. The production team is honored to be able to work on this series and we will continue to strive to make Castlevania well-known and played by as many people as possible. Thank you for your continued support of this series!”

In addition to having access to these four timeless classics, Castlevania Advance Collection offers players new features to enhance their gameplay experience. For the music lovers, players will have immediate access to all the iconic Castlevania soundtracks in each game, including the hidden ones, for a total of 71 songs. Players can even create their own customizable playlists to listen to their absolute favorites on repeat. Fans will also get to see behind-the-scenes content via the in-game gallery which features sketches and work-in-progress drawings. Never-before-seen art, as well as scanned package designs, will be a particular point of interest for long-time fans of the franchise.

For the completionists, Castlevania Advance Collection comes equipped with an encyclopedia of data relating to the four titles, including information on enemies, equipment, items and more. To ensure that no area or enemy goes unchecked, players will be able to record, replay and rewind their gameplay whenever they see fit. Finally, M2 Co., Ltd., was utilized to deliver top-notch gameplay emulation to these franchise classics, ensuring the best possible recreation for fans. Whether a returning fan or completely new to the franchise, all players can enjoy these new features and discover something new about Castlevania!

Castlevania Advance Collection is available now on Nintendo Switch™, PlayStation®4, Xbox One and PC via Steam, for SRP $19.99, digital only. The game is also compatible on PlayStation®5 and Xbox Series X|S.

Castlevania: Circle of the Moon follows protagonist Nathan Graves, a vampire hunter apprentice who enters Dracula’s Castle along with his Master in order to prevent the dreaded return of the Count orchestrated by Camilla.

Castlevania: Harmony of Dissonance features Juste Belmont, the grandson of legendary Vampire Hunter Simon Belmont, in his fight against Dracula. This title introduced many new features to the franchise, such as ‘Boss Rush’ mode and the ‘Spell Fusion’ system.

Castlevania: Aria of Sorrow tells the story of Soma Cruz, a young high school exchange student in Japan, who is somehow involved in the eternal cycle of reincarnation of the Dark Lord himself. What role does Soma play in all of this, and will he be able to return to his own world?

Castlevania: Dracula X is a reimagining of the cult action game Castlevania: Rondo of Blood and has been acclaimed as one of the most challenging Castlevania titles ever created. The Dark Lord Count Dracula rises once again from the dead to revive the forces of darkness. Richter Belmont, heir of the Belmont family, sets out for Dracula’s Castle to defeat its evil master.

Stay tuned to Gaming Trend for more info on Castlevania Advanced Collection and for all your gaming, tech, and electronic news!