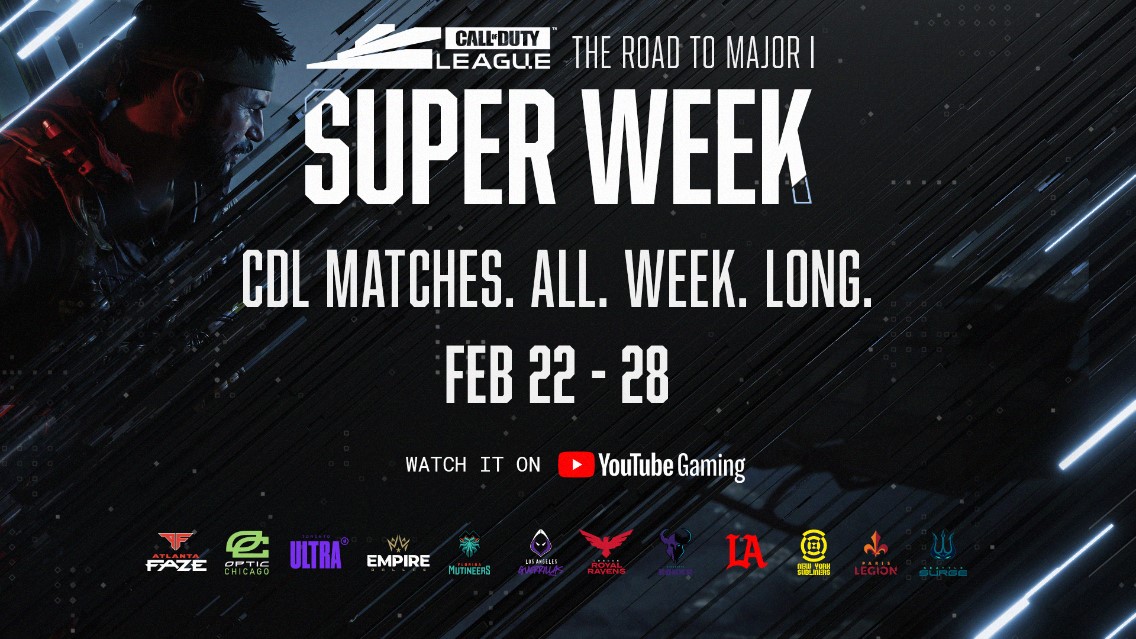 These winter storms haven’t been a picnic for anyone, and even though it’s an online esport, Call Of Duty League has been affected. Even in the face of the elements, the schedule gods have an offering for us, and though I mourn missing out on some great games today and this weekend, I’m excited by the prospect of what the CDL has to replace them. 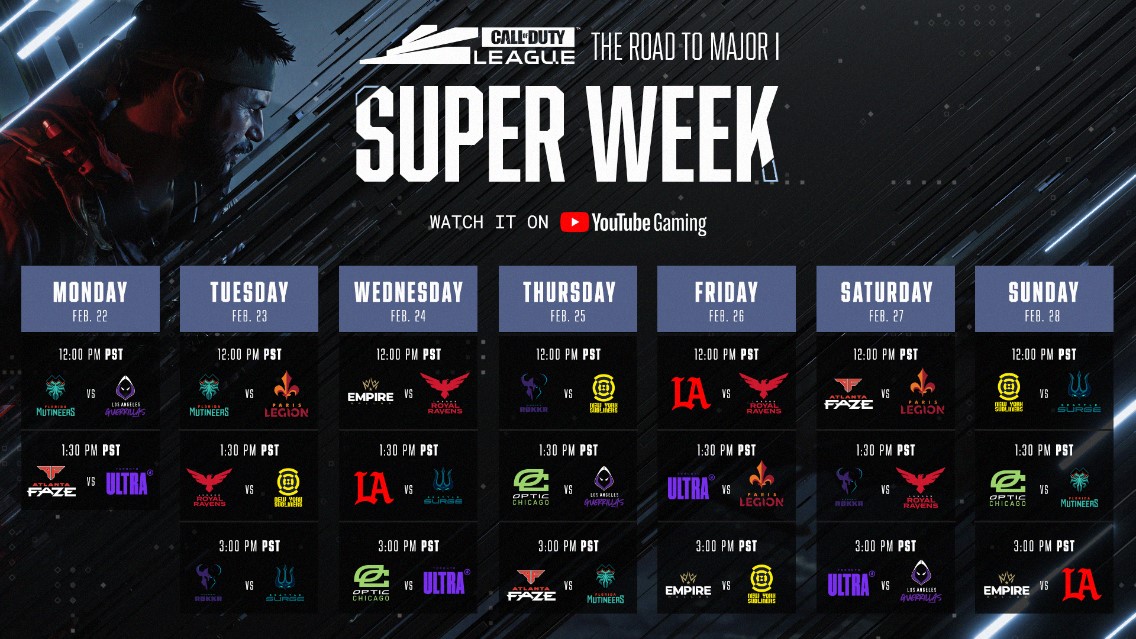 The Call of Duty League is pleased to announce Super Week – which will consist of seven straight days of matches and action-packed entertainment!

In order to give our teams (there are 24 CDL players in Dallas, TX alone) time to prepare and get safely situated, the League will be combining matches from Weeks 2 and 3 into the Call of Duty League Super Week.

This marathon event comes on the heels of an exciting Opening Weekend that saw record-breaking viewership. The decision was reached with the input of our pro players, who are excited about this pivot leading into the season’s first Major — we know the community will feel similarly as well.

Super Week will feature the same 20 matches from Weeks 2-3 as previously determined by the Group Selection Show, just in a different order and across 7-straight days of competition.

The action kicks off on Monday, Feb. 22 at 12pm PT with a doubleheader as the Florida Mutineers take on the Los Angeles Guerrillas and Toronto Ultra faces off against the Atlanta FaZe. Tuesday-Sunday will feature a triple header each day. A full schedule of matches will be provided to you as soon as it is available.

All CDL Super Week matches will be broadcast live on YouTube.com/CODLeague.

If you had missed it before, here’s some information on how incredibly the league started it’s sophomore season, and it shows why people are bound to be hyped for this super week of Call Of Duty.