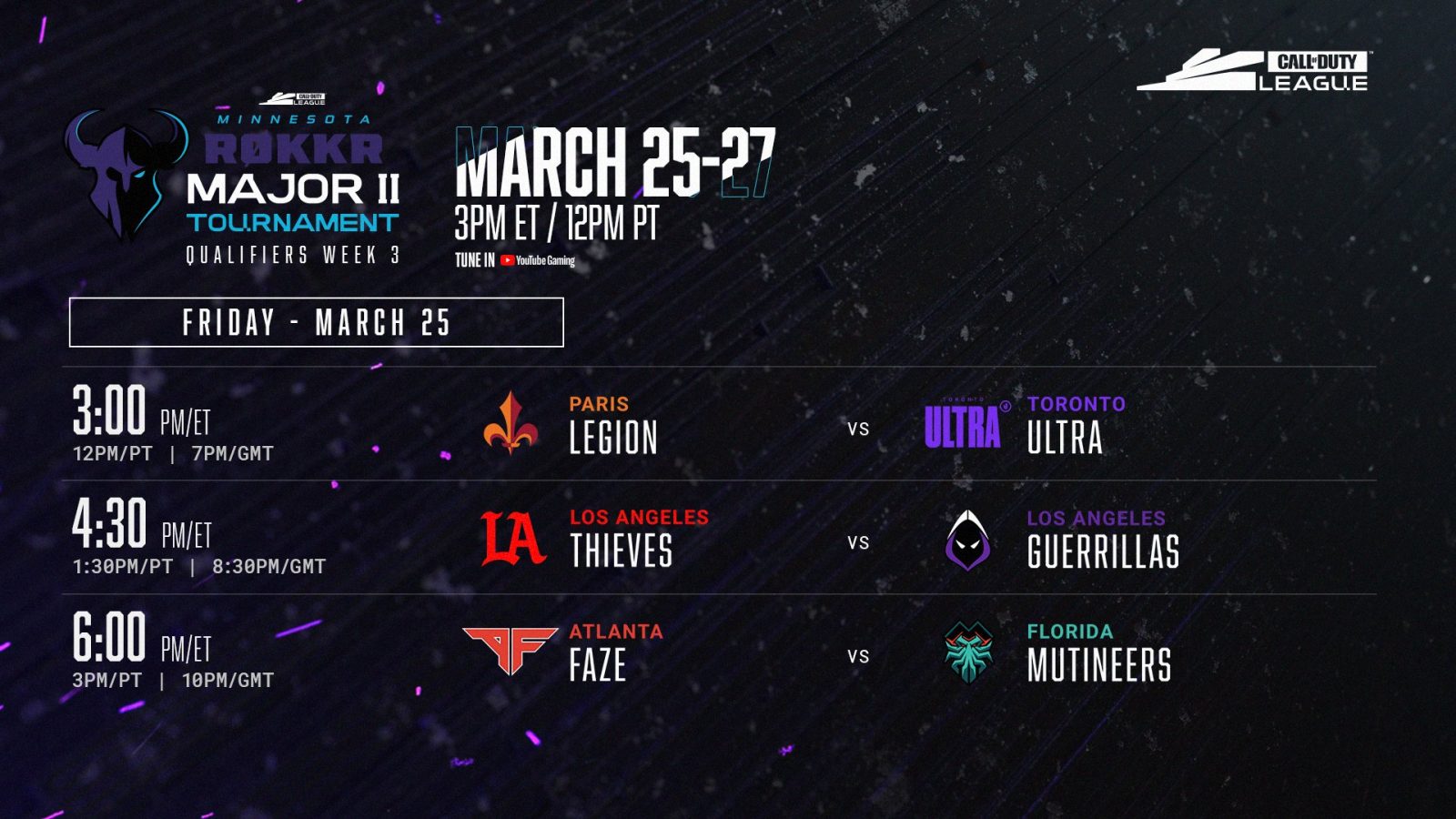 We’re down to our last week before the Minnesota Major, and it feels like nothing is set in stone. So many teams have matches that really count, and a small misstep could mean the loser’s bracket. We also have an interesting battle at the top, a St Patrick’s day miracle as Breach and Optic have identical records and map counts, and there’s no promise of the 1 seed for either of them. But, a lot of Call Of Duty is left to play before those two figure things out, so let’s get into it.

The culmination of over 3 years of COD history.
A Battle for LA like never before.