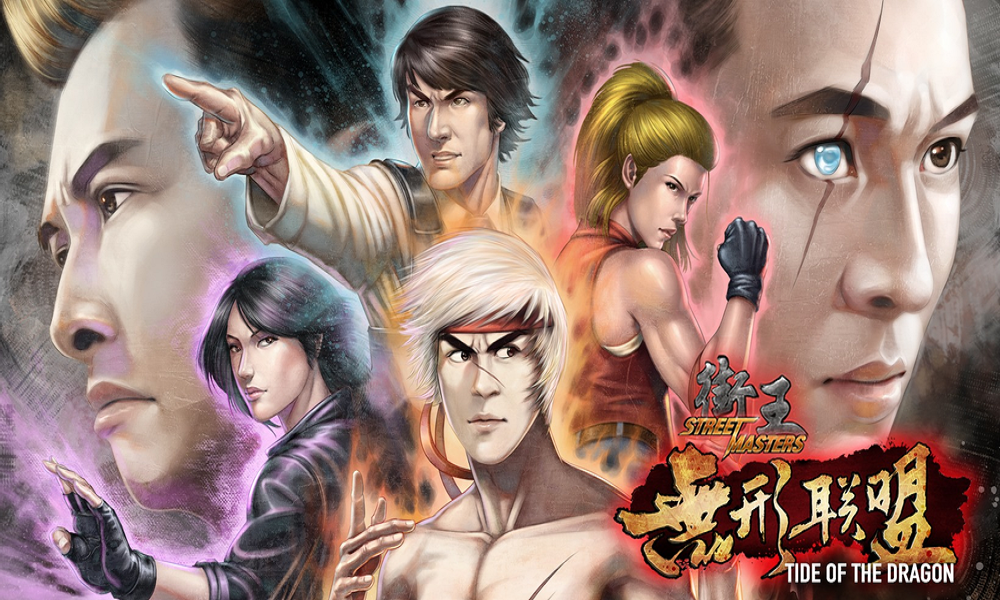 Los Angeles, CA – October 07, 2020. The mysterious Dragon Gate organization rains terror upon the streets of Hong Kong, while two rival triads take advantage of the chaos to further their nefarious goals. Only a small band of dedicated fighters can stand up to the madness threatening their home.

Blacklist Games proudly announces Street Masters: Tide of the Dragon, a standalone expansion for Street Masters, the critically-acclaimed cooperative miniatures board game of street brawling action for 1-4 players. Designed by veteran game designers Adam and Brady Sadler (Heroes of Terrinoth, Altar Quest) with Scott McFall and Mitch Schroeder, and heavily influenced by classic “beat ‘em up” arcade games and Hong Kong action movies of yesteryear, Tide of the Dragon is a standalone experience that contains everything needed to play, but also allows returning Street Masters fans to use its all-new fighters, enemy factions, stages, and other modular elements with the rest of the products in the fan-favorite game series that has been lauded since its debut in 2017.

Tide of the Dragon utilizes the Sadlers’ “Modular Deck System (MDS),” which focuses on quick setup and elegant, card-driven gameplay while allowing players to mix and match fixed decks for unparalleled customization and replayability. Gameplay focuses on close-quarters brawls in a variety of environments where players must use their chosen fighter’s unique card deck and a set of custom action dice to prevent the boss and its minions from achieving their nefarious goals.

Expanding on the modular nature of Streets Masters, Tide of the Dragon includes a new way to further customize players’ experiences. Terrain cards allow fighters to introduce new elements to their battles, such as ladders that can be used to move farther ahead or fire hydrants that can launch a powerful water stream to damage opponents.

Street Masters: Tide of the Dragon includes 52 highly detailed miniatures; 4 New Fighters with their own unique Fighter and Hero Story Decks; a New Double-Sided Map Tile with 2 New Stage Decks; 2 New Enemy Factions with unique Enemy and Showdown Decks; 4 Terrain Cards; a Tide of the Dragon Story Deck; 12 New Ally/Rival cards, and all the dice, tokens, dividers and base rings needed to play right out of the box!

Street Masters: Tide of the Dragon is expected to launch its Indiegogo campaign on October 21, 2020, at 12:00pm EDT and will offer backers and retailers worldwide great price points, as well as the exclusive Rumble Pack, featuring sought-after classic promo cards and new content. Also available during this campaign is another new exclusive product: the New Challengers Pack, which features 6 New Fighters and their Hero Story decks. Previously released Street Masters products will also be available.

For more information about Tide of the Dragon, the New Challengers Pack, and all other Street Masters products, visit: www.blacklistgamesllc.com/streetmasters

It’s interesting that they are going to launch using Indiegogo instead of Kickstarter, but I think that we might find more competition with them and Gamefound in the future.  Be on the lookout for the Street Masters: Tide of the Dragon on Indiegogo next week.