Today, RyseUp Studios announced that its roguelike-inspired action game Roboquest is now available on Steam via Early Access, with an official release coming next year. The game will allow players to destroy hordes of angry robots while upgrading different facets of their characters with a procedural environment that stays challenging and fun.

After spending the last five years building a studio from scratch, finding the best people for the job, and working tirelessly, we are finally ready to release Roboquest on Early Access. Roboquest is a fast FPS roguelite in a scorched future world. You play as a rebooted Guardian, ready to kick some metal ass! Fight with your buddy in co-op or by yourself (solo) and annihilate hordes of deadly bots in ever-changing environments.

To make Roboquest, we decided that we needed to stay independent to protect our artistic vision for the game. Our vision was influenced by 90’s fast paced shooters like Doom, Quake, and Unreal, and modern roguelikes such as Dead Cells, Enter the Gungeon, and Nuclear Throne. Other influences included sci-fi books and films, as well as our fascination with robots. You can see how our experiences led us to Roboquest.

We have made other games along the way, but for Roboquest we spent years on the game’s core aspects before going into full production. We designed, developed, and tested features, countless iterations to find the right formula. 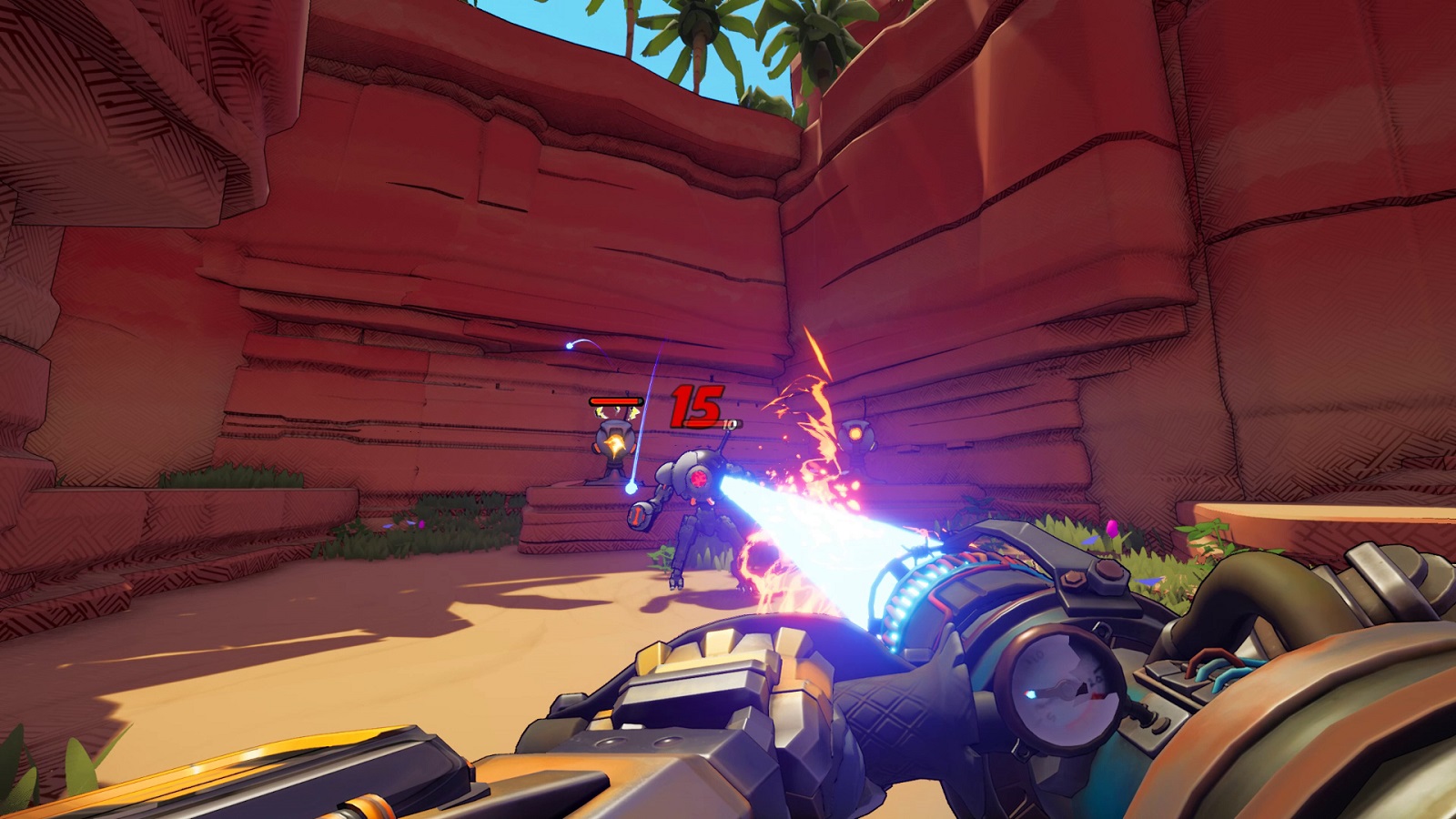 ●      Replayability – Gameplay that stays fresh, relevant, challenging, and most importantly…fun

●      A smart and fair meta-reward system that challenges and rewards players for their hard work with more tools, weapons and perks that will cater to each player’s unique style of play

●      Destroying tons of robots in fun and surprising ways

We released a demo in June and alpha in July and received a lot of positive and constructive feedback. The feedback was vital and helped us fine tune the game. It also had an invigorating effect on the whole team.

Now that we are in full production, we are excited to share Roboquest in Early Access ($19.99 USD) with you, and we are even more energized to release future content, new features, and other surprises between now and our 2021 release date.

Early Access was always our plan and we want to use the platform for what it was made for: community feedback which is vital for our indie studio and will help us achieve our dream of creating a game fans will love.

We are releasing Roboquest in Early Access today and players will be able to experience a part of the diverse biomes, enemies, classes, weapons, and content already in production. We are hard at work to extend the game further with frequent and exciting updates. 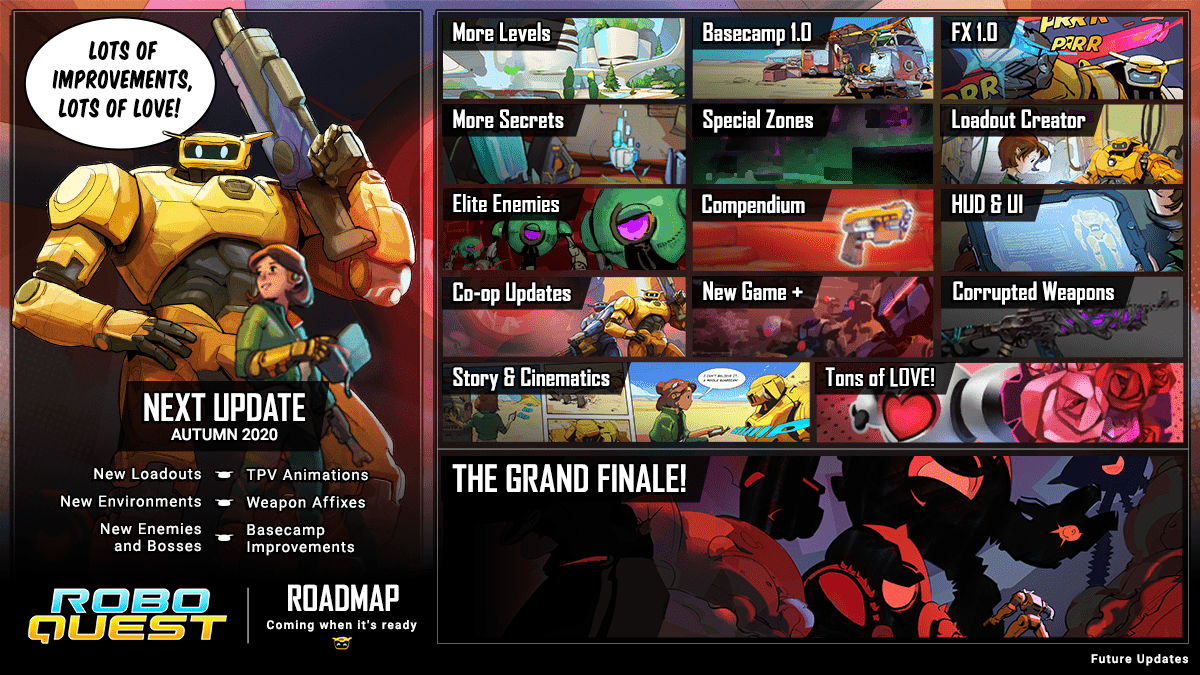